By Steven Norris: grumpy curmudgeon
Read nextACHIRES the bipedal robot will somersault into your heart 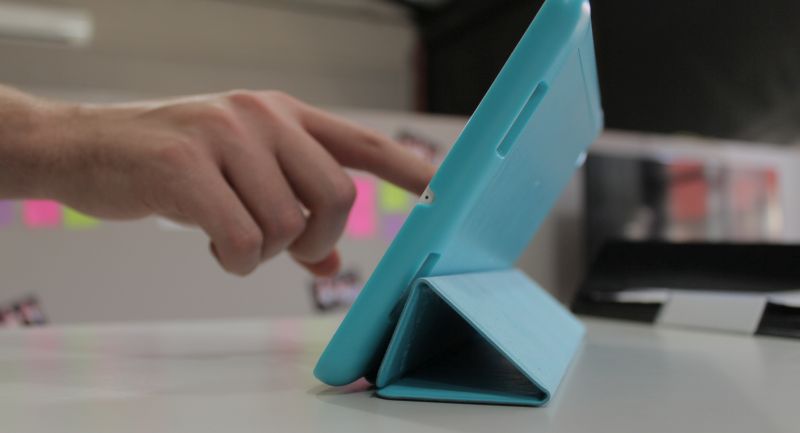 South African gadgets aren’t great, or memorable. Can you name three, or even one smartphone/tablet developed in South Africa?

No? Allow me to assist.

The Netsurfer range of tablets are South African-developed and have been knocking about for years. They’re low-cost, aimed at the mass-market and are ideal entry-level Android machines for those who’re unfamiliar with technology because oddly enough, Netsurfer tablets come with thick, detailed instruction manuals that walk first-time users through every step of the Android setup. Yeah, most of us can knock out an Android setup without even thinking, but for the Luddite, desperate to learn the ways of Android, Netsurfer tablets create a palatable and helpful atmosphere that the newbie would usually find oppressive. Bonus: it comes with every type of cable you’ll ever need. 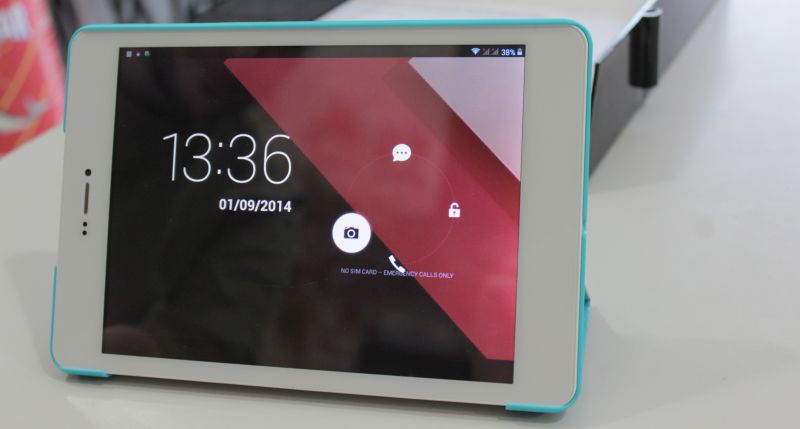 Best of all, these tablets are quite inexpensive, with most retailing for under US$200. The latest is the NetsurferDUAL 8, an 8″ tablet that looks almost like an iPad Mini, but costs a third of a price.

Right off the bat, I love the price. For R2 000, there’s a lot to like. The 4400mAh battery lasts a week, there’s a dual-SIM and microSD card support, native HDMI output, a free cover (this makes an enormous difference to the tablets worth) and free data. Indeed, Netsurfer bundles the Dual 8 with 200MB data per month for one year. Netsurfer is essentially giving disadvantaged users the full package: basic access to the internet alongside their purchase. It’s incredibly thoughtful and in a country where home broadband is practically unaffordable for most, it’s pleasing to find a gadget company that actually cares. 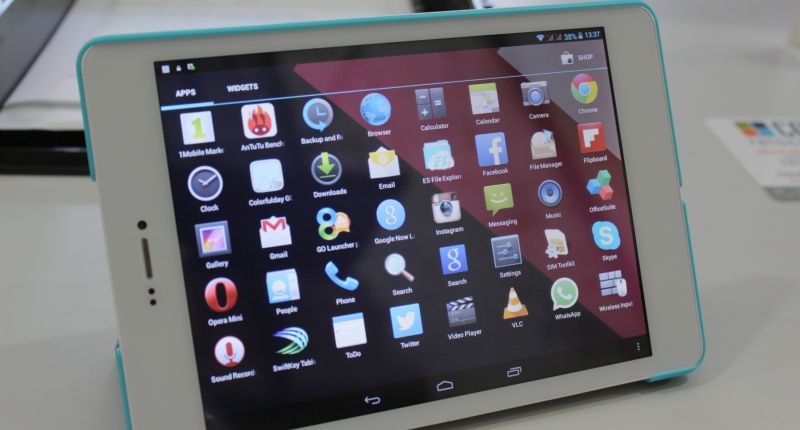 Battery life is also a plus. When I received the Netsurfer, it put me at a loss. My home is dripping with gadgets, so what would another tablet do for me? In my case, it became my portable TV. The low display resolution (a frankly disappointing 1024×768) cannot display HD content, but standard definition video runs quite smoothly, and the stereo sound is quite loud, just not crisp. 8GB storage, which is actually 6.5GB, was enough for an entire series of Star Trek: Voyager. This, combined with the cover stand and the everlasting battery is enough for an extremely watchable and portable media player. And because it’s Android (Jelly Bean), adding videos is quick drag-and-drop. 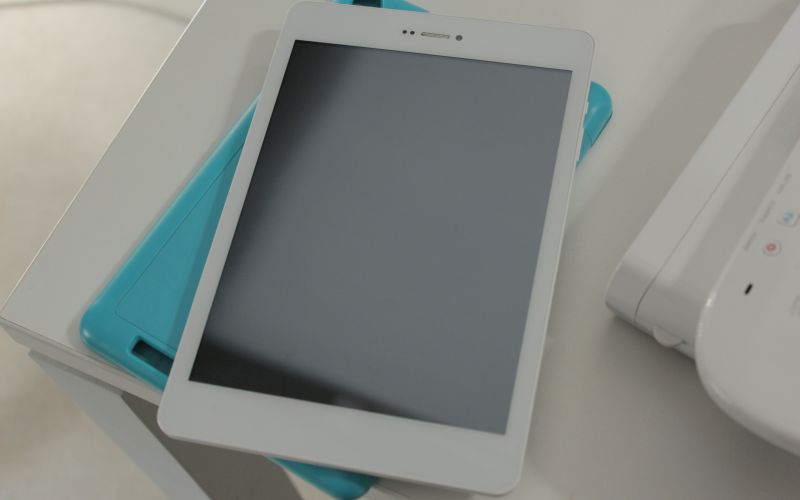 One concern that the quickly dissipated was the lack of the proper Android store. Netsurfer products don’t come with Google Play because of various reasons and instead, the tablets uses the dubiously titled 1Mobile Market, an app store with banner ads. Once I pushed past this culture shock, I noticed that every app I need is contained within the 1Mobile Market database. Instagram, Facebook, Twitter, VLC, Whatsapp, Flipboard… everything I needed was there. 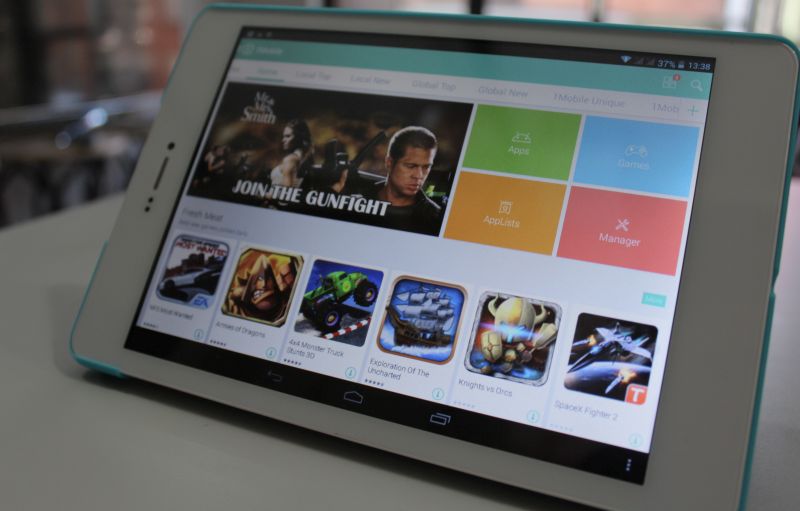 And, as I mentioned above, it’s a regal looking tablet. The rear is silver, with iPad-like white accents on the top and bottom (which hides the removable SIM-card slot), the bezel is fairly thin, and the front is an iPad Mini. An issue I had with this is that removing the backing plate that hides the dual-SIM slot and MicroSD card reader is a pain in the rear. Pulling it off is a breeze, but reconnecting it is not.

It’s not a blatant clone, but every writer who passed my desk and fiddled with it would always mention how “iPad” it was. Still, it looks clean and it doesn’t run iOS which in eBook is a huge advantage. It’s also surprisingly bereft of weight.

The 1024×768 display is low-res and and sometimes muddy during video playback. If you’ve used any 720p or 1080p tablet in the past two years, this will look like a step back in time. High-definition content plays impossibly slow, or not at all. So those 1080p videos on YouTube? Forget about it.

This makes it hard to pin down the second fault, namely the lack of smooth-scrolling. I can’t decide if it’s the low-resolution display or the 1.3Ghz CPU that causes the choppiness, but either way it’s a niggling pain that I cannot erase.

In Facebook, Chrome, Gmail or whatever, there’s a degree of visual choppiness that irked me, especially after migrating from a 1080p tablet. Then again, the NetsurferDUAL 8 is only R2000, so the display problems can almost be forgiven. 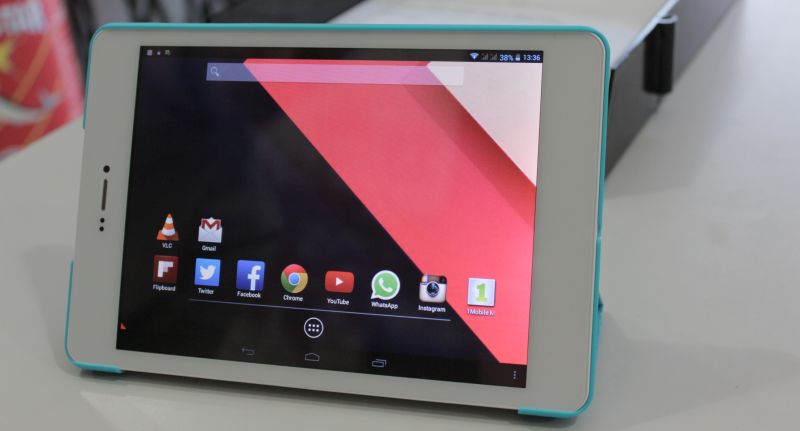 Android 4.2.2 (Jelly Bean) is an issue for me, but not for others. The interface is old and dated now, and I’m especially reminded of this when I plug in a USB cable and the good old “touch to turn on USB storage” warning appears. Other helpful shortcuts and visual flair from newer Android builds isn’t there, and it makes my eyes leak salty rain. First-time users won’t be bothered, but Android veterans will feel soured.

Verdict: The issues I have with the NetsurferDUAL 8 might as well be non-issues, because the positives (battery life, weight, design, price, “free” internet, a plethora of cables, protective cover in the box) far outweigh the negative aspects of the device (low-resolution display, underwhelming CPU). The value-adds are fantastic and for first-time tablet buyers, I can’t recommend the NetsurferDUAL 8 enough. 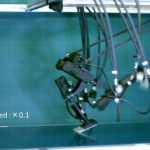