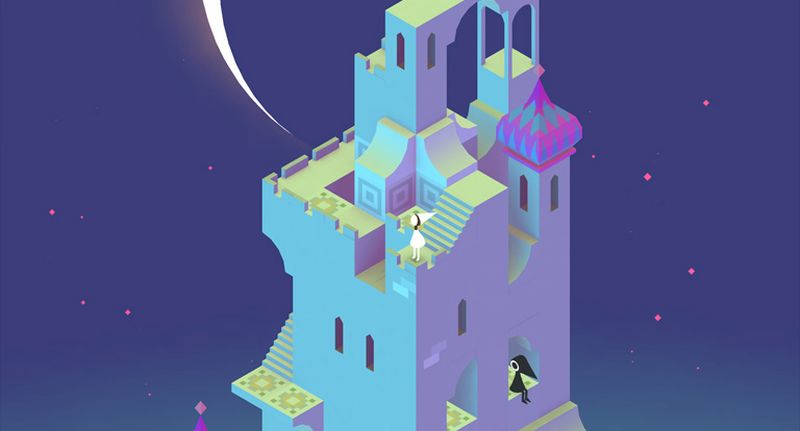 I’m not an avid gamer. I once got addicted to Word Mole on my old Blackberry – it’s embarrassing, but I couldn’t stop playing it. Now, and for the first time, my gaming interest has been fully seized and I’m left wanting more. This is how a new generation of game developers are making their mark in the saturated realm of mobile games, and creating games that are not only beautiful to look at, but intuitive to play.

These indie game developers are taking a new approach when it comes to the user experience and the function of the games they create. Their approach is a fresh one, where good design and aesthetics take charge to create something that is surprising and different. Their design philosophy is something not only seasoned gamers could appreciate, but in fact anyone who appreciates good design and a fresh ideas.

They don’t only see themselves as developers, but also as artists. They absorb inspiration from things that drive pop culture in terms of art and design.

Take Dutch developers Digital Dreams for instance, the guys behind acclaimed PS Vita game “Metrico“. They call their creation an “atmospheric puzzle action game that strives to create a unique mindset of its own.” The concept of the game came from “how beautiful infographics can look as an art form”. Infographics, in all their numbered glory, are pin-points in our increasingly vapid culture, and Metrico ties into this with carefree aplomb.

Geert Nellen, creative director at Digital Dreams, says that games are art, or a form of art at least. And as Nellen says, “good art has a way of bringing to light bigger truths”. Can anyone agree on this though? Some say that games swing to the polar opposite of art, and into the realm of the mindless blockbuster. For every Transformers, there is a Boyhood, and for every Call of Duty, there’s a Monument Valley ready and waiting.

Behind the scenes of Monument Valley

Since I won’t pretend to have abundant knowledge about the topic, I do know that clever ideas and design goes a long way. A non-traditional game such as Monument Valley will definitely win over many – whether you consider yourself a gamer or not. This simple game gives you a task to guide an ethereal princess through an Escher-inspired world, and it’s wonderful. Beautifully designed games such as Monument Valley have earned not just commercial success, but critical success too. The game earned its creators, the digital product studio Ustwo, an Apple Design Award 2014.

On a behind the scenes video of the making of Monument Valley (inserted above), Ken Wong, an artist and designer who worked on the project summed it up nicely: “We’re very lucky.” I recently completed the game, after a couple of hours of solid problem solving I came to the end of a wonderful story. The only critique I have of the game is that it’s too short. Game length thankfully, is not an indication of a quality offering as games just as thoughtful, but slightly less beautiful such as Gods Will Be Watching and Antichamber proves. Both of these games shows how unique design and concepts can elevate even the most humble genre piece into a superlative offering.

And in no particular order, here are the best, yet shortest indie games I’ve recently played and fallen for. You’ll love them as well.

Among The Sleep (PC)

Imagine a nonsense game like Call of Duty, but stripped of weapons and played through the eyes of a toddler. That’s Among The Sleep, a survival horror game that actually kept me up at night. It’s eeriness was nicely balanced by the overall cuteness of the concept and thanks to a great story, I was hooked until the very end. Sadly, a full play-through takes just under an hour, but the story has kept me thinking for days on end.

I don’t know whether to call this the shortest game ever, or the longest. I only play Ridiculous Fishing for five minute stretches, but each of those minutes is filled with glee. I fish deep into the ocean with a chainsaw (yes) and hook, hoist up a menagerie of delicate fish and blow the hell out of them with my uzi. That’s about 30-seconds of Ridiculous Fishing and it gets no less sane as the game continues. It can be played forever, I guess, but is best enjoyed in short chunks while you wait for your smoothie to be made.

Hard to believe, but I’m really enjoying a game about passport control in a fictional if not awful Eastern European city. It’s my job to allow/disallow shady folk from entering this precious city, but the decisions I make in game have long-lasting consequences. My virtual family suffered at my hands but thankfully, Paper’s Please is super-short, so hopefully I’ll be able to save them, next time.

Talita studied Journalism and Visual Communication at the University of Pretoria. Travelled a bit, worked here and there and now resides in Cape Town where she’s the Communications Manager for BOS Brands (BOS Ice Tea). 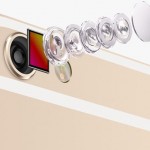