Apple kinda launched this event on us with little notice. Today marks the release of the iPad Mini 3 and iPad Air 2. Their components may not even be that much of a surprise this time, as information regarding both the new Apple tablets have been seemingly leaked by the company itself. Here’s an image, as obtained by 9to5mac. It can almost be certain that both will have the TouchID fingerprint recognition sensor, as well as Burst Shot mode. It’s not a revolution, but we also expect much more from camp Apple. Also, we’ll learn more about OS X Yosemite. How it operates between iPhone, iPad and Mac, which apps its improved on, and which new iMac’s its being installed on. Most importantly, this will be Apple rounding off its updates for the year, so our wallets can rest a spell before Tim Cook comes calling again. “The technology is jam packed in this incredibly thin and light package,” said Apple CEO Tim Cook. And how do you make the best even better? Well, it’s much thinner. Only 6.1mm in fact (or two standard iPad’s worth of thickness). With an optically bonded touch and LCD screen, response times should be close to exact zero. There’s also a new screen which is 65% less reflective.

It’s got a brand new A8X CPU that offers over 180x the GPU power of the first iPad. Plus, it’s 12 times faster (CPU wise) than the original iPad. Also, people seem to love using their iPad as a camera, according to Apple. So the camera sees a slight upgrade. It’s now 8MP that does 1080p video. With Burst Mode, multiple images can be snapped in super-quick time.

The iPad Air 2 will have 802.11AC with MIMO and of course, TouchID. It seems to work exactly how it does on the iPhone’s. Apple demonstrated a whack of new apps (most ported from the Mac) on the iPad Air 2, and lo, everything was fast and responsive. For instance, Apple demonstrated how quickly a photo can be retouched with just a swipe of the finger. The iMac is now Retina Display. Let that sink in, because it’s going to look incredible. “There has never been a desktop display like this,” says Apple, and it’s spot on. The display is 27″ at 5210×2880. It’s also only 5mm thin at the edge. A special “timing controller” chip keeps the display in order and even with all those pixels, it uses 30% less energy. It’s going to cost US$2499 but it’s worth every glorious pixel, we bet. iMac can be upgraded to a 4Ghz i7 and has a beefy Radeon R9 GPU. Because the Retina Display iMac has a better display then most televisions, will Apple ever release a standalone unit? All signs point to “no” for now. For US$499, there’s a faster, fitter Mac Mini with Thunderbolt 2. Other specifications include Intel Iris and HD Graphics 5000 GPU, PCIe-flash storage, and MIMO WiFi. It’s also “the world’s most energy efficient computer”, according to the KeyNote presentation. 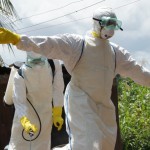