It had to happen some time, didn’t it?

The sales battle between the PS4 and Xbox One has been fairly one-sided up until now, with Sony’s machine trumping Microsoft’s console month-after-month. But today there’s news of the Xbox One finally outselling Sony’s console in the US, no thanks to Microsoft’s free game offering, intones a Venturebeat report.

There are sales figures as well, thanks to Michael Pachter, a well-known gaming analyst. Pachter predicts that there were 325 000 Xbox One sales, compared to 250 000 PS4 sales. Of course, these numbers are yet to be verified by NDP Group, and we’ll discover the true figures when all is revealed this Thursday. While we wait for the official report, here’s what Pachter had to say:

We expect Xbox One sales to exceed those of the PS4 for only the second month since launch. From Sept. 7 through 13, Microsoft offered a free game with the purchase of a new Xbox One at participating retailers. I kind of think that free Destiny [for Xbox One] was better than [having to pay] for Destiny on PS4. That’s pretty compelling [in reference to the Madden NFL 15 bundle].

Pachter makes a compelling point, and this is an excellent sales strategy by Microsoft. It’s also a pure numbers game. An Xbox One with with one controller and a free game went for US$399. While a PS4 can also be purchased for US$399, there’s no free game, making Sony’s Destiny bundle cost US$449. When the customer is faced with a savings like that, they’ll most likely turn to the cheapest offering.

Microsoft’s “Buy an Xbox One, Choose a Game for Free” program ran from 7-13 September, whereby new Xbox One buyers could pick any Xbox One game for their console, up to the value of US$59. While Sony fans looked on and sneered, Microsoft quietly collected the cash and has seemingly made a tidy profit. 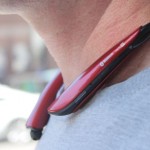