The PS3 is a fantastic media device, as well as a stellar games machine. The PS4 is top-notch gaming console, but a poor media player, chiefly because it can’t stream video and audio like the PS3 can. Hell, the PS4 couldn’t even play MP3s, up until today that is.

With the launch of PS4 firmware update 2.0, Sony’s machine can finally play MP3s, change themes, upload video clips direct to YouTube and use a mouse to control certain games. This seems like Sony’s first step in turning the PS4 into a gaming PC, minus the infinite possibilities only a PC can provide.

Other cool changes include truncation of the endless menu system, so now only the most used apps and games are shown. There are loads more changes as well, some important, many subtle. Switch on your PS4 now, if you own one, and get updating. The full list of changes is below. 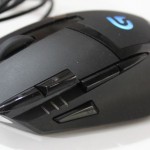