By Steven Norris: grumpy curmudgeon
Read nextWatch this: Android Wear out, Windows 95 in

Super Smash Bros. for Nintendo 3DS (yes, that’s its actual name) is what those in the business call “extremely fun”. It’s an incredibly varied, accessible and detailed fighter with more than 50 characters, lovingly crafted to look and feel like the games they’ve been pinched from. Pikachu squeaks when it launches a lightening bolt. Link of Legend of Zelda fame yells as he whirlwinds towards Mario, and Sonic whizzes with the gusto of his Sega Genesis days. Super Smash Bros. is, most of all, a nostalgia trip down the long and storied road of Nintendo’s past and present successes. This game is a treasure chest filled with wonder and it’s hard for even the sourest of gamers to not relish in the insane four-player free-for-all’s that defines Super Smash Bros.. Quite simply, you’ll love this game. Controls are simple yet deep. One button attacks, another activates specials, the shoulder buttons are for blocking and grabbing, and the directional pad’s for taunts. It plays perfectly into the Nintendo ethos, a two-button setup that presents endless opportunities for the savvy player.

Each attack also differs depending on what direction you hold the control pad in.  With this setup, both novice and expert Super Smash Bros. (those who’ve been playing it since 1999 on the N64) can hop right in and begin smashing. It irritates me that attacks don’t combo as fluidly as I’d like them too, but Super Smash Bros. goes by its own rhythm, eschewing traditional fighting systems for gameplay that resembles an explosion in a special-effects store.

An issue presents itself with the analogue nub: Super Smash Bros. would play and feel better with an Xbox One or PS4 analogue stick, as the 3DS’ pad simply doesn’t cut it. It feels too loose, and repeated games are hell on larger thumbs. For a game that demands precision moves, it saddens me that Nintendo didn’t choose to ship it with a special controller attachment. Supplementing the standard moves are items dropped from the nether like Pokemon, lightsaber’s, fire flowers, health tomatoes, disco balls, rocket drills, Bullet Bills and hundreds more I haven’t even seen yet. Best of all is the Final Smash Ball, a floating endgame move that hovers above all the fighters heads, drastically increasing the tempo of the battle as everyone now fights for that winning, ultra-destructive move.

These random item drops, plus the elusive Final Smash Ball creates a madcap atmosphere for every match. It’s a major issue for the tempo of the game though, as four fighters, plus screen-filling special moves reduces the 3DS cramped display to a flurry of light and activity. At times, it’s impossible to pick your fighter from the crowd. Nintendo keeps this in order with “1P” or “CPU” hovering above the names of each fighter, but it gets a bit much, especially with the 3D option. Side note: do not play with 3D activated, it’ll do your eyes in.

Graphically, the 3DS is pushed to its absolute limits, but Nintendo is a genius developer and keeps Super Smash Bros. running at a solid 60fps no matter what happens on-screen. This is a game that’s been tested to perfection. The fighters look alive, and are thickly outlined lending a cel-shaded look to them. It works extremely well, but I doubt any fighter would be visible sans outline.

Nintendo has gifted us with its entire catalog of fighters and importantly, each one feels different from the other. The palette-swap nonsense of Mortal Kombat is nowhere to be found. There’s Mario, Bowser, Captain Falcon, Star Fox, Kirby, Samus from Metroid, Link, Pac-Man, Sonic, even the Wii Fit lady is there. There’s an astonishing amount of fighters and learning intricacies of each one is a must. I’ll cover the gaming modes quickly, because there’s a fortune of them. “Smash” is where you’ll spend most of the time, setting up custom matches and unlocking new players. “Smash Run” is Super Smash Bros. epiphany, whereby players have five minutes to collect skill points and hopefully beat their opponents (in a race, a climb or a fight). It’s a madcap bout of exploration and with friends it becomes an insane amount of fun. It’s in “Games and More” that we find the closest thing resembling a single-player game. “Solo Classic” offers a branching map that ends with a final boss fight. In this mode — and in many others — you can bet coins on the outcome. Gambling is entrenched within Super Smash Bros. but it’s a needed evil, as the cash comes in handy when plucking items from the Store. Yet is it a great fighting game at its core? Probably not. I stripped away the game to its bare minimum, played a one-on-one match without items and was left with a fairly rote fighter. Minus the excess, Super Smash Bros. is a vanilla brawler with special moves and combos that require nothing more than a push in the right direction. Super Smash Bros. minus special moves, power-ups, character assists and four-player matches is depressingly boring. Thankfully, the only time you’ll be forced into this mode of play are during the online matches. Hidden beneath a flurry of menu options are two online modes: “For fun”, which is the traditional Super Smash Bros. brawl-fest and “For Glory”, which are ranked one-on-one matches minus the fluff. For Fun mode is where I spent most of my time, relishing in the simple pleasures of hassle-free online gaming. “For Glory” had its moments, but because the fighting mechanics aren’t as technical as say Street Fighter IV or even Mortal Kombat 9, I quickly abandoned that mode for the funner options. Yes, Super Smash Bros. can’t be compared to other fighters, but when it is, it’s left looking like the poorer game. Verdict: Super Smash Bros. when viewed apart from from other fighters is a stellar game. It’s fast, fun and packed with an almost endless amount of replay value. I haven’t even touched on the Mii Fighter aspect, which let’s you build a custom character, move-set and all. These are just a few of the thousands of extras Nintendo has packed into Super Smash Bros., a game made simultaneously for newcomers and the die-hard alike. But as a pure fighter, Super Smash Bros. feels shallow. Only expert-level Super Smash Bros. veterans will gain any joy here. I was content with spamming uppercuts. With friends, or as a co-op fighter though, Super Smash Bros. is the best handheld fun you’ll have in 2014 and is possibly Nintendo’s most exciting game yet. 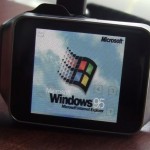