In every PS4 right now, there’s the name of an ex-Sony engineer scrawled inside them.

Kazuya Sakakihara, according to a Kotaku report, had worked at Sony for well over a decade on both the PS4 and PS3.

He’s “written” his name inside every current PS4, even yours.

For those who don’t know (us included) that’s a snippet of the hard drive code.

There’s a few more things that makes this so strange.

Namely that Sakakihara misspelled his own surname, and that text like this should be in the comments section — where other coders usually leave notes for each other. 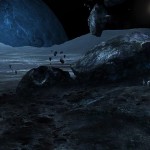