Firmware updates for the PS4 are lovely (and free). Most of the time, we get some decent changes such as themes, software fixes and bolstered online stability.

This was the crux of PS4 update 2.00, which hit our machines late October. But, the update added a feature that’s leaving most PS4 owners quite frustrated.

The new “Rest Mode” replaces Standby Mode and lets users turn their PS4’s off while still allowing their games to download, and their controllers to charge.

The issue though is that some PS4’s (like mine) wouldn’t wake up or ever worse, it prompts a disc scan when it eventually turns on again. It took Sony a full week to acknowledge this potentially damaging issues.

As Kotaku so wisely points out, the best solution is to not put the PS4 into Rest Mode. And as I discovered, the best way to turn off the PS4 (if it enters its deep sleep) is to hold the physical power button until it clicks off. This begs the question, did anyone actually test this update before it went live? And if so, how could an error as egregious as this slip by the testing squad? 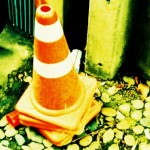