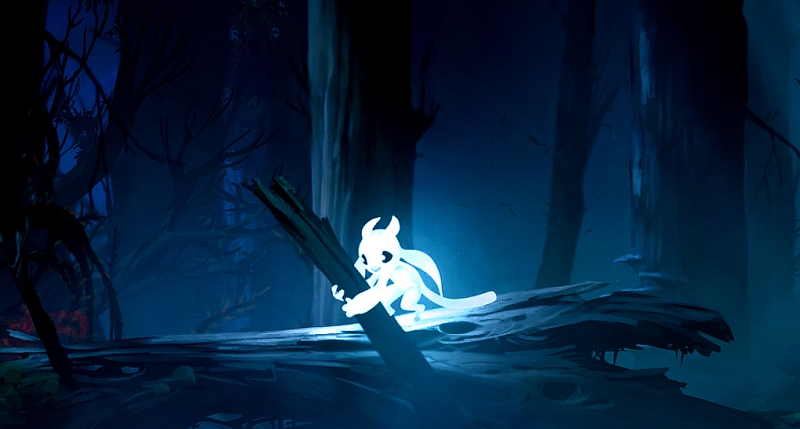 Indie games have always been dwarfed by the bigger gaming companies, both in resources and execution.

But times are changing.

There is now an abundance of easy-to-use game developing software and publishing plat forms available. Indie games have never been more accessible and widespread than today.

But that also led to an overflow of games. Each year we are faced with an overwhelming amount of indie titles to choose from and, to such an extent, that most of us will never have the time to play through them all.

So we here at Gearburn have taken it upon ourselves to research and identify some of the most promising upcoming Indie titles so that you can enter the new year with a narrower and more conclusive idea of what to look out for. With no further adieu, and in no order whatsoever, here are five indie games to look out for in 2015.

Hyper Light Drifter is another title that follows the retro recipe trend that indie developers seem to love so much but it also has a lot of ingredients that sets it apart from the rest.

It takes much influence from games such as The Legend of Zelda and Diablo. You take control of a “Drifter” — a mysterious being that has access to advanced ancient technology. But your Drifter is plagued by a strange illness and he is forced to rummage through the remnants of ancient civilizations to find a cure.

This will be no easy feat as on his journey he will encounter multiple enemies and threats. It features massive retro landscapes to explore and beautifully constructed levels. Hyper Light Drifter is a Kickstarter funded game that is currently being developed by Heart Machine Games.

The project’s initial target was US$27 000 but it ended up generating over US$600 000, allowing the developers to expand their team and enabling them to release it on multiple platforms.

I think Hyper Light Drifter is going to be an amazing game and I, for one, can’t wait to enter its magical retro world.

Inside is brought to you by Playdead Studios, the creators of the brilliant title Limbo.

Like Limbo, Inside boasts an intriguingly eerie atmosphere with delightfully menacing level and sound design. At present, there isn’t much known about the game but going on what I’ve seen so far it looks to be another amazing sidescroller.

You seem to play as a boy who sneaks through various ominous scenes in an Orwellian world, while avoiding many threats such as flesh hungry dogs, creepy robots and strange malevolent beings.

Other than sneaking and running it looks like you’ll need to hide by, for example, blending in with a line of people standing against the wall to avoid being caught be the police. Whatever the story is, I’m more than sure that Inside will be an amazing title that builds upon the success of Limbo.

Aztez, developed by Team Colorblind, is an action packed combination of the turn-based strategy and hack n slash genres.

It has a distinctive black and white visual style (splattered with red blood) and its battles are filled with brutally entertaining combos and special abilities.

In Aztez, you are responsible for expanding and maintaining the Aztec Empire with turn-based strategy gameplay, and managing violent outbreaks with real-time beat ‘em up gameplay segments. A game of Aztez doesn’t take long to play, but it is designed to be hugely replayable, as every game of exciting empire management is different from the last; different events will occur, different challenges will emerge, and different spoils will be taken every time you play.

This description alone has me frothing at the mouth. I think its blend of two drastically different genres and action-packed gameplay will result in a truly astounding indie game. Let’s hope I’m right.

No Man’s Sky is an up-and-coming First Person Sci-Fi adventure title developed by Hello Games and probably the entry I’m most excited about on this list.

You play as a “Planetary Explorer” who is free to explore and discover the colossal in-game universe by either foot or spaceship. The game features, like MineCraft, a procedurally generated open-universe meaning that each time you start up a new game an entirely unique universe will be generated. And I mean ENTIRE UNIVERSE.

You will be able to explore immense amount of vast landscapes, each with different climates, interact with its flora and fauna, travel into the deepest depths of its oceans and, when you get tired of this planet, you can hop into your spaceship and speed of to any one of the other plethora of planets. Each planet will have its own unique benefits and threats.

You are also able to upgrade your ship and battle against either AI controlled or other real-life players. Essentially you are able to do whatever you want, whenever you want. No Man’s Sky has already started to win awards including E3’s “Best Original Game” and “Best Independent Game” and received a “Special Commendation for Innovation”.

I have a feeling that these definitely aren’t the last awards this epic game will win.

Ori and the Blind Forest

Ori and the Blind Forest is a highly anticipated title that was originally scheduled to be released near Christmas but has been delayed to the first half of 2015, and so worked its way onto this list.

This adventure-platformer is developed by Moon Studios and published by Microsoft Studios.

You play as Ori, a guardian white spirit who was raised by a loving bear-gorilla hybrid after it discovered you alone in the forest. But then an evil spirit, known as Kuro, kidnaps Ori’s mother and Ori is forced to journey into the vast forest all by its lonesome.

The trailer alone almost made me cry. 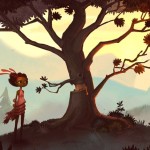