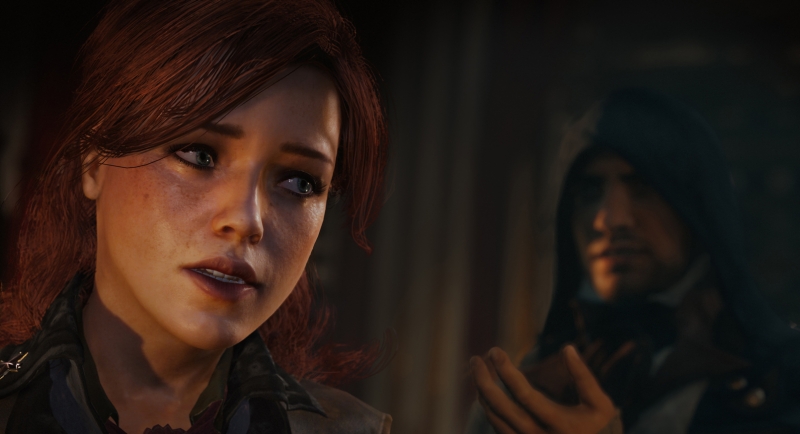 There is nothing quite like sitting down to play a game and being greeted by the most beautiful and epic cinematic sequence. One of my earliest memories of these are the Warcraft cutscenes, specifically Warcraft III, which was one of the standards held up as the pinnacle of awesome animation in my 3D Animation course at the time.

Of course since then, epic cutscenes à la Warcraft have become a staple, and if there are no amazing cutscenes that hold you in suspense, have you sitting on the edge of your seat, well then, your game better have something amazing to kick off.

A great example of this is The Witcher, which was teased with a beautifully rendered cinematic of Geralt fighting a Striga. This was also the opening cinematic for the game and set the expectations high for the final product, which very luckily also delivered in terms of gameplay.

Okay, but wait, maybe I’m getting a bit ahead of myself. What exactly is a cutscene?

A cutscene is an in game cinematic that acts as a bridge in the story between gameplay. You don’t have any control over what’s happening on screen, but are simply carried along in much the same way as you would be while watching a movie. At their most basic level they are merely a narrative device designed to simply flesh out the game a bit more, but at their best they provide nuances and clues as to the story (see games like The Witcher or the Batman series).

It sets the scene and the tone in order to not only give a more in-depth story, but also to heighten the players sense of anticipation. They’re complex and often merge seamlessly with the gameplay, and sometimes they’re used purely as introductions and trailers to games. Either way, they blur the boundaries between passive spectatorship and interactive media, making use of the devices we’re already familiar with because of cinema, and merging them with video games in the best way possible.

So here is a list of the games I think have done it best in recent years. The cinematics that gave me chills when I watched them and set the scene for something amazing and beautiful.

You’ll notice Blizzard crop up a lot in this list – it seems that it always manages to get its video game cinematics just right.

These scenes not only heighten the anticipation of the game, but they tell their own story, so much so that there has for years been a clamouring for Blizzard to release a full length animated feature. I love pretty much every cinematic in Diablo III, but this one is my favourite, predominantly because of the way it merges the line drawings in the beginning with the animated sequences as the cinematic progresses.

Again, I could argue that every single cinematic but this particular one I watched over and over again. I just couldn’t get enough. The graphics and gameplay have improved vastly since this game, but this cinematic of Geralt fighting the Striga, grabbed me from the moment it started. It’s the perfect combination of narrative storytelling and action and ignited my love for The Witcher series.

The cinematic that I mentioned at the beginning of this piece, it was held up as the ideal when I was studying animation. I still holds up rather well today I think, and again, this is because Blizzard really know what they’re doing in this regard! It’s full of tension and provides the perfect intro to the game.

Who doesn’t love Kratos and the God of War series? This official teaser trailer provides an excellent combination of in-game footage fighting sequences and cinematic pre-rendered elements. It’s epic, somewhat ridiculous in many respects, but exciting and downright awesome.

I know the Mass Effect series isn’t everyone’s cup of tea. To be honest, I got into it a little later than many people. I began with Mass Effect 2, became a convert, and then went back and played the first one. This trailer for Mass Effect 3, titled “Take Earth Back”, is beautiful and poignant and at the same time chilling.

In fact I got goosebumps watching it again now.

With those words, Ron Perlman set the scene for an epic franchise – that of the Fallout series. Honestly, I don’t think I even need to say more than that.

To be honest, most of this game is cinematic, so it’s difficult to pick just a single one, but Hideo Kojima is the master of the video game cinematic. His stories are masterfully told, and elicit an emotional response from the viewers.

Another series that I only got into after the second one, Gears of War and although it’s known for it’s fast paced style, this first person shooter also has some touching and nuanced moments. This was a perfect introduction to this game, and it summed up the previous battles perfectly, setting the scene for what you knew was going to be an epic final battle.

Starcraft II: Heart of the Swarm

This is amazing not just because it’s Blizzard, but because the anticipation for this game was so high right from the beginning. Starcraft was a game that many of us grew up with, the game that held so many fond memories as well as the fact that it was an amazing story (again something Blizzard do well is storytelling). This is the second part in the series and after the success of Wings of Liberty, this cinematic blew us all away.

This trailer blew me away. Seriously.

I don’t know if it was the setting (the French Revolution which I’ve always loved), or the music (such a great cover version of this song) or the sweeping camera. It just has so many great elements that it’s one of the best cinematics to be released in recent months, regardless of whether or not you’re a fan of the franchise.

These of course are just some of my choices – and this list is by no means complete! Let us know which video game cinematics gave you chills! 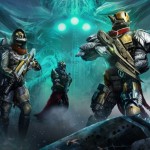