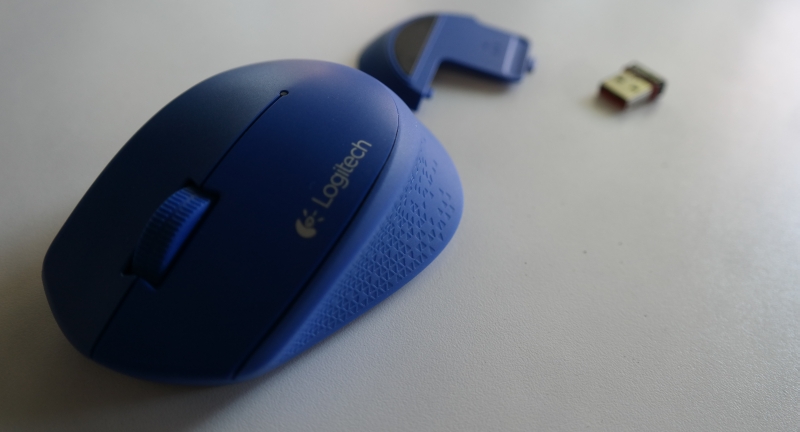 Like it or not, if you’re stuck in an office from nine to five that computer mouse beneath your hand is a rather integral part of your life. Both a seriously depressing and real fact, it means that you should really spend some time deciding what you want and need in a mouse, how comfortable it is and how well it performs.

After all, it’s about as close a friend you have — at least that’s how I feel about my peripherals anyway.

So Logitech’s M280, although being a seemingly insignificant release considering their recent gaming peripheral onslaught, is also quite an important one.

After using its peripherals for a good while, I was expecting big things from Logitech and even though it’s quite a tiny device, it delivered in full (as usual).

But as always, let’s start with what we can see.

I can’t say that I’ve ever purchased a mouse based on its appearance, but this thing is absolutely adorable. If it weren’t a mouse, it would almost assuredly be a Pokemon and squeak its name every time you click it. Logitech shrouds the little pointer in one of those scissors-only hard plastic covers, fit with a (justly) thin user manual and the mouse itself. Cracking open the M280’s bottom quarters, courtesy of a firm push and slide using fingertips, reveals a AA battery slot and the micro receiver tucked away in a slot alongside — pretty much like every other wireless mouse ever made.

I thought it would be quite a challenge to remove the receiver (like almost every other wireless mouse ever made), but it has an ingenious grove cut into its side, which made gripping it easy and more importantly, makes getting it into the USB port on the first try even easier.

As the photos suggest my photogenic test unit was a little sapphire blue number and really removed the mundanity from the drab office environment. And it doesn’t simply look good either. The Logitech M280 is a hand-sized lazy chair, which does a wonderful job at cradling overtired fingers. It’s so comfortable to use. As a right-handed bloke, it’s perfect, especially for my medium-sized hands, but even small hands will find it easy to use.

There’s the usual issue regarding lefties — you probably won’t benefit from the dramatic rubberised curve scooped out of the M280’s side. Still, for me at least, it’s damn comfy.

The central scrolling wheel is strangely pleasurable to the touch too. It’s not rounded like most mouses, but sharply angled so scrolls feel secure and sure. It’s a small detail, but these tend to make or break simple devices. Manufacturers tend to forget this.

As for the mouse’s behaviour, I wasn’t expecting performance to rival it’s gaming brother — the G402 Hyperion Fury. Granted, that mouse kicked ass. The M280 however? Less kicking and more schmoozing. Of course, this mouse was made with usability in mind, rather than precision, so let’s look at its strong points.

For starters, the invisible optic laser at its rear is actually smoother than my older wired infrared Logitech mouse. The clicks are also more precise, with a slight tonal difference between right and left clicks — a tiny but satisfying detail. And the clicks for one are solid too — there’s no “wait, did I click that link?” self-doubt when using the M280.

Additionally, the clicks aren’t easily depressed when a finger or too is resting on them, something I absolutely loathe with certain mouses. It’s definitely portable, but it’s not the smallest or most portable wireless mouse I’ve ever used. With that said, the smaller you tend to make a mouse the less comfortable they become. The M280 is slap in the middle between chunky and compact.

Physical practicality is one thing though, so does it play nice with Windows? Most assuredly yes.

With the battery slotted into its bed, the mouse isn’t the lightest thing on the planet, and that’s perhaps its biggest criticism. Oh, and a thumb button would’ve been nice too especially for those who use it regularly. It’s not a total deal breaker though.

At US$29 and around R400, this mouse isn’t dirt cheap, but it’s solidly built, comfortable, easy to use and rather good-looking. There are other wireless mouses for less, that weigh less and are designed for the ambidextrous, but frankly, I’d have this mouse in this price range over any other travel mouse. It’s all you really need.

Verdict: While Logitech continues its pro-right-handed stance, it also continues to make some rather good mouses. The M280 is just another peripheral that highlights the company’s great build quality and design knowledge. With great looks, comfort, usability and portability, it’s hard to beat the M280. But if you’re looking for a tad more features or an option for both hands, there are better pointing devices out there. For right-handed people however, rejoice, because the M280’s the travel mouse you’ve been waiting for. 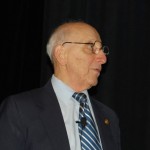