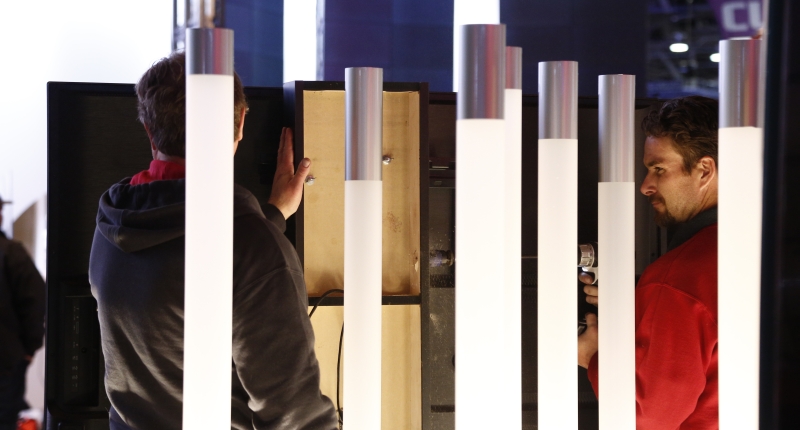 The annual Consumer Electronics Show has grown massively since its inception in 1967 becoming one of the most eagerly anticipated and followed expos in the world. Held in Las Vegas, it’s a showcase for new technologies that can be expected to hit the market in the foreseeable future. In the past, now-mainstream products like VCRs, DVDs, and HDTV were first shown to the world at CES.

We round up some of the best examples at this year’s conference.

Read more: Google, Nest and the Internet of Things: welcome to your future

Home security provider ADT unveiled a new Total Security system, which combines components that were previously separate into one control panel. This new equipment can support up to 250 connected security devices, including up to 16 cameras. It can be programmed from a web browser and is reportedly so easy to use that end users can set up and configure an entire security system by themselves.

For the first time, ADT’s devices will be able to communicate with a central station primarily via the internet as opposed to cell phones. This should make for more robust and interoperable components than ever previously seen in a similar product.

Another home security product showcased at CES 2015 was a video camera by Netatmo, which features face-recognition ability. When a stranger appears at the front door, the camera can send a message to your smartphone, and you’ll be able to watch a live video feed at any time. At the same time, users can be informed of when their children arrive home from school or when their spouse walks though the door.

Wireless device maker BeeWi debuted its Smart Plug, Smart Gateway and Smart Gateway Mobile products at CES 2015 too. These devices allow consumers to control their lights, heating system and other home accessories from a remote location via the internet. This will allow them to reduce energy consumption by turning off devices that they’re not using.

The Smart Gateway Mobile incorporates motion detection features and is able to determine when there’s a power failure. In either case, it can send a warning via email or text message to let users know that there’s something wrong in their homes.

The Smart Home Marketplace at CES 2015 was a new showcase sponsored by Bosch. Although this area featured home automation products from many other vendors as well, Bosch’s presence was strong.

A new combination environmental sensor by Bosch Sensortec, called the BME680, is only 3 mm squared, but packs some impressive technology.

The sensor can monitor air pressure, humidity, temperature, air quality, and other room climate factors. By integrating with other devices, this sensor will allow rapid correction of uncomfortable or dangerous conditions inside a building or a room.

Other innovations demonstrated by Bosch included applications allowing users to control heating, cooling and appliances within their homes by accessing a control center on their tablets, phones or wireless internet connections.

A fundamental concept among home automation developers at many companies is the internet of things (IoT). Desktops, laptops, smart phones and other computing devices are already highly integrated into a worldwide online environment.

The next step, many feel, is to extend the benefits of such connectivity to almost every appliance or product found in the home. This will enable additional functionality as components that were previously standalone are allowed to share data and send and receive instructions amongst each other.

The future of the IoT does look strong though, with Gartner suggesting that approximately 26-billion devices will be accessing the IoT by 2020, up from 900-million in 2009.

Samsung President Boo-Keun Yoon also committed strongly to the IoT at the CES 2015, stating that by 2017, 90% of Samsung’s products will use IoT technologies. You can have a look at the full keynote below.

Jared Hill is a Chicago based blogger, with a keen interest in professional sports, film, psychology, astrophysics, technology, and environmental legislation. He attended college in Illinois, and dreams of one day moving to Seville. His favorite authors include: Leo Tolstoy, David Foster Wallace, James Baldwin, W.E.B. Dubois, and Stephen King. In terms of Dorito’s, he prefers “Cool Ranch” to “Nacho Cheese.” 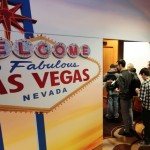