Virtual reality is looking to re-imagine the future. Imagine putting on a goggles and being instantly transported to another time, or another country altogether.

That is the promise that the technology aims to deliver.

As a medium, the idea behind virtual reality, or VR, has its roots in the late 80s and early 90s, but the existing technology at the time wasn’t powerful enough to create the sort of ultra-realistic environments that are essential in simulating what virtual reality has to offer.

That isn’t the case anymore.

The field of virtual reality hit a series of vital strides this year that will see the medium reaching mainstream availability in 2015. We take a speculative look beyond the 2015 horizon and the augmented vision of the future.

The first of those is the acquisition of Oculus VR by Facebook. By selecting games as its main area of focus, the Oculus Rift – which is set to be commercially available next year – will be the flag bearer for this segment. Sony has also set its sights on its segment, with its VR-mounted headset set to be available this year. Project Morpheus, a codename for an upcoming gaming-focused VR device from Sony, will be fully functional with the PlayStation 4 and the PlayStation Vita. Announced during the 2014 Game Developers Conference in Los Angeles, it features wide field of view, six-axis head tracking, stereoscopic 3D display, and a TV-output so that others can see what you’re experiencing.

It is expected to be released to consumers in 2015 and Sony is confident that it will shape the future of gaming. Thanks to the gaming ecosystem that Sony has managed to develop with its PlayStation brand, it was able to demonstrate some games on the Project Morpheus such as the Thief, Project Cars, Among The Sleep, War Thunder, and others. For consumers that are looking to give the world of virtual reality a try, there are much more affordable alternatives already available: Samsung’s Gear VR – the head-mounted display unit that works in conjunction with the Galaxy Note 4 – is now starting to be available to consumers, and lets anyone try out the world of VR for $99. And there are niche alternatives also available, as we will see later on in the article.

Then there is Google Cardboard, which was displayed during Google I/O 2014, is a foldout cardboard style mount for smartphone, which aims to deliver the VR experience on the cheap using a smartphone. It is designed by Google but offers support for it being used with iPhone as well. It features lenses, a magnet, a hook-and-loop fastener, and a rubber band. It uses Google’s Cardboard app, WebGL, and Chrome to display stereoscopic images using a smartphone. Google doesn’t hasn’t appointed a standard manufacturer for the Cardboard, instead it has provided a list of components and schematics using which vendors can create the device. Dodocase is offering the Google Cardboard design based Virtual Reality Toolkit for US$25, which it claims could be assembled within 10 minutes.

As it is, the VR offerings are diversified into two categories: products like the Oculus Rift are catered at gamers, and then there are headsets like the Gear VR and Carl Zeiss’ VR One, both of which are aimed at experiencing what this medium has to offer on the go.

The intrinsic difference between the Oculus and other offerings as they stand is that the Oculus Rift offers a built-in display module, which is a significant part in the cost of the overall unit.

The Gear VR and VR One, on the other hand, make use of your handset’s display to showcase visuals. Whereas the Gear VR works only with the Galaxy Note 4 (and with select Galaxy-branded devices in the future), the VR One is a one-size-fits-all headset that can accommodate a wider variety of models, including the iPhone 6. The Gear VR uses sensor tracking technology from Oculus, with Samsung’s relationship with the VR maker described as being symbiotic. Oculus for its part gets display technology from Samsung. With the Gear VR, Oculus is offering a storefront of sorts through which customers will be able to download utilities and games that work with the headset.

Since the Gear VR costs slightly more than half of the US$350 Oculus Rift Dev Kit 2, it does not come with the 100-degree field of view or the low-latency tracking of 2ms. It however is more portable than the wired Oculus Rift, and allows users to immerse themselves in mobile gaming.

With virtual reality headsets, one of the main features is low-latency head tracking, through which users interact with the medium. Every movement of the head is tracked in real-time, and the environment that a user is interacting with changes dynamically to provide that immersive feel. It is very disorientating for first-time users, but as you get accustomed to the stereoscopic 3D, you begin to understand the sheer technological advances offered by the headset.

Oculus is looking to the future with Crescent Bay, which is its latest prototype headset, which boasts even less latency, 360-degree field of view thanks to LEDs at the back and integrated audio in the form of 3D headphones. The possibilities that come with virtual reality are endless.

The 3D-environemnts offered by the medium mean that in the near future, we can use our VR headsets to browse the internet, interact with friends and family, and even partake in research. Researchers are taking to the medium to create virtual environments that will allow scientists from various locations around the globe to meet and interact in a single, virtual location.

If there’s one quote that epitomizes the technology’s potential, it is this by Sony’s Shuhei Yoshida: “We used to say seeing is believing. Now we have to say experiencing is believing.” 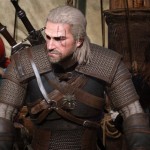