If phone sales were based solely on device quality, then HTC would be sitting right near the top of the smartphone pile instead of scrapping a bunch of has-beens for the minor places. A case in point is the HTC One Mini 2.

Not so long ago, if you wanted a smaller version of a flagship Android device, you had to resign yourself to the fact that you were going to end up with, well, less. Less features, less storage capacity, less battery life… you get the picture.

As flagship Android devices have started to veer dangerously toward phablet territory, so their manufacturers have realised that there’s a market for people who want all the whizz-bangery, but who’d prefer not to have their pockets lengthened.

The One Mini 2 is of this breed and while its features may not all be the same as its bigger sibling(s), you certainly won’t be left feeling like you’ve been cheated.

The same, but different

In fact, the One Mini 2 isn’t actually all that Mini. At 4.5-inches, it’s only marginally smaller than the 5.0-inch HTC One M8. As a reminder, that’s a full inch bigger than Apple was willing to commit too for a good few years. That half-inch does however mean that the One Mini 2 is significantly easier to use one-handed. At a 137g it’s also pretty light, which is especially useful if you’re going to use it as an exercise companion.

You’re not really losing out on performance either. The One Mini 2’s 1.2GHz Quadcore CPU is more than adequate for day-to-day use and the 16GB of internal storage is about as much as you’ll get out of most high-end devices.

In terms of design philosophy, the One Mini 2 is a pretty straightforward continuation of the original HTC One (which we loved). The subtle curves, symmetrical speaker holes, metallic finishes and accent lines are all there. No matter what happens to HTC as a company in the next few years — and things really aren’t looking great on that front — it would be a crime if this range doesn’t go down as one of the most important in consumer design history.

Unfortunately, the same cannot be said of the One Mini 2’s screen. Once you’ve experienced the One M8’s 441ppi 1080×1920, the 326ppi 720×1280 pixel screen on its smaller relative just seems dated. Ditto for the rear camera, albeit to a much lesser degree. The 13MP rear-shooter is by no means bad, especially in daylight, but if you’re downgrading from the One M8, you’ll definitely notice the difference in both picture quality and editing capabilities.

The 2100mAh battery meanwhile (up from 1800mAh in the previous model) should see you through the day, unless you happen to be the kind of person who makes a lot of video calls, or uses their phone for online gaming.

The fly in the ointment

There is however one serious black mark against the One Mini 2 and that’s the ridiculous levels of bloatware that comes pre-installed. To be fair, that’s something which plagues most Android manufacturers but HTC is particularly bad when it comes to installing unnecessary software. Blinkfeed, which curates your social media feed and calendar, is particularly irksome.

Of course, none of these pre-installed apps would be a problem if you could actually delete them. Android is an OS that’s supposed to be about choice and when you limit that choice, even if it’s with an enhancement designed to work with the hardware, you compromise that experience.

By all means warn people about the implications deleting those apps could have, but what exactly is the point of having a car mode if you don’t have a car? Or, for that matter, why should I have a “Kid Mode” app I can’t get rid of when Vladimir Putin is more likely to play a game of hacky-sac with Barack Obama than I am to reproduce before my next upgrade cycle?

It’s just wrong and it needs to stop.

Verdict: The HTC One Mini 2 is pretty solid as smaller editions go. That said, it’s very clearly meant as an upgrade of the first One Mini than a shrunken version of the One M8. It’s a good phone and will definitely appeal to anyone who’s a big fan of one-handed phone use. If you’ve spent time with the One M8 you will, however, be disappointed. 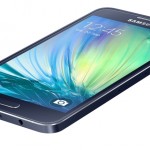