Some games have dynastic chips on their shoulders. Some are remasters trying to survive in a modern, graphics-intensive gaming world. Majora’s Mask 3D definitely falls into both of these categories.

For the record, I didn’t have the privilege of playing the original game when it was launched in 2000 for the Nintendo 64, but the game has become one of the most successful and most loved titles in the Nintendo stable. It was a massive hit for the company, and still leaves many gamers with twitchy fingers and dodgy nightmares.

Flash forward to 2015 and The Legend of Zelda: Majora’s Mask 3D is essentially a remastered and ported version running on the mobile New Nintendo 3DS platform. A few things have changed compared to the original (from what I’ve heard), but it largely remains the same in its inherent formula.

Events mainly take place around the town of Clocktown, which itself is divided into suburbs, if you will. After Link is punked by the Skull Kid and turned into a Deku Scrub — a tiny anthropomophised tree — we’re tasked with finding this asshole and kicking his teeth in.

Unfortunately, Link has just 72-hours (more like 20 real minutes) to solve Clocktown’s issues before the moon parks its rocky ass on Clocktown’s face. This time loop mechanic will become a recurring theme in the game, and will annoy you to the point of screaming.

Note, this game is in no way intended for children. As much as it tempted me to defenestrate my 3DS XL, it scared me cold more often than not even without it being an inherently evil game. For one, it’s a decidedly creepy evaluation of life, death and everything between (to quote Good Charlotte, I suppose). It’s one of the only games I’ve played in a while that seems to have a soul, and that’s no thanks to the seriously twisted, agenda-less villain that is Majora.

One of gaming’s most misunderstood antagonists, it’s probably the only character in Zelda that really makes the gamer believe that there’s just no winning. And hell, what’s Majora’s reason for trashing anything? There’s no motivation, which renders the villain’s reasoning more twisted than otherwise. Failing often, and often you will fail, is often disheartening, but finding and kicking Majora’s masked-ass in the form of the Skull Kid becomes an exercise in insanity and deep, engrossing fun.

Like Monster Hunter 4 Ultimate, Majora’s Mask 3D requires a fair level of investment from its player too. It’s not a game you can pick up at lunch time, mash for a few minutes and then drop at the sight of the shadow cast over your shoulder by your angry boss. It’s absorbing enough to draw you in and hold you in a trance, although I found myself constantly annoyed that I’d have to reengage with lengthy dialogue stints with characters I’ve already met when I screwed up. I suppose that’s my punishment for being rubbish at this game.

Being new to this game, navigating Clocktown (even with a map, mind you) is not easy. Everything practically looks the same and I spent a good number of hours running around trying to find the most simple of areas on the map. I’m sure most who have played the game on the Nintendo 64 will know their way around the town, but there are a few that note some interesting changes here and there.

Apart from the rubbish camera controls provided by L and C-Stick, it’s quite entertaining to run around and mash random things to pieces though, and once you finally find your way around Clocktown and the surrounding areas, it’s a genuinely fun game. Exploring too extensively is one thing you won’t do much of in Majora’s Mask 3D, thanks to the ever-hastening clock in the lower half of the screen, but the transitions between the game’s various scenes and environments aids in telling the story. They’re also seriously beautiful for a handheld game, especially with the New Nintendo 3DS’s 3D system switched on.

And speaking of the screen, the touchscreen really saves bacon more often than not in this game. Housing the map and a special items board, the gamer can have quick access to items explicitly needed on demand, like health potions.

The graphics in game are good too, although I feel a bit more work could’ve gone into Deku Scrub Link when performing attacks for instance. His block move turns him into a snail, which I’m not too sure is supposed to happen really. Some animations also seem a bit frazzled when moves are performed in quick succession, but largely, there’s a good degree of charm exuded by this title’s on-screen antics.

I’ve been playing this game for well over a month and I have barely cracked the surface I feel, so there’s a great deal of investment and time that will go into it. But in the end, it’s thoroughly worth it. I do feel that this game deserves a more thorough review though, but I have barely seen half of what the game has to offer.

Verdict: But for now… While it’s not the most encouraging title from the get go and isn’t quite as accommodating for the beginner, it is one hell of a journey through a mythical land. While I often felt helpless and lost, getting through the challenges was brilliantly rewarding and you learn quite a bit about yourself and Link’s helpless side which is not often heard of in Zelda games. 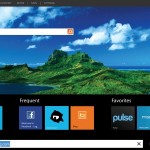