Alongside the device’s stellar specifications that will look to compete at the very top of the smartphone market, the smartphones also introduces a first for South African consumers — VoLTE, or voice over LTE.

While this is especially exciting, the Samsung Galaxy S6 series is revolutionary in other ways too.

The device will look to bolster Samsung’s already strong public image and sales figures in South Africa, and with its all-new metal and glass design, it’s easy to understand why the company (and we) are so excited to offer it to the public.

Next is Now, and now South Africans can purchase the accomplished device through Vodacom at an attractive and highly competitive price point. But why should the Samsung Galaxy S6 be the first device on your shopping list this winter?

We have five very good reasons.

The brilliant screen for sparkling memories

With a 5.1-inch screen boasting a remarkable 2560×1440 resolution, the Samsung Galaxy S6 has one of the most detailed screens in the smartphone market today. It’s also coated from head to toe in scratch-resistant Corning Gorilla Glass 4, so those car key scratches are a thing of the past.

You’ll love the screen especially since the Samsung Galaxy S6’s camera is so incredible.

The flawless camera for flashy pictures

The company employs two cameras on the Samsung Galaxy S6, with a 16MP sensor with optical image stabilisation, autofocus and an LED flash at the rear and a 5MP selfie camera with a wide-angle lens up front. That means you can get more of your friends in your selfies, capturing broader, more colourful and more detailed memories than ever before.

Both cameras also feature a live HDR feature, which lets users tinker with pictures in real-time.

The performance to rock your world

Samsung has fitted the Samsung Galaxy S6 with its own in-house, custom-developed processor that is one of the most advanced in the industry.

Featuring eight processing cores, the Exynos 7420 allows the user to multitask, drive high-definition video content and browse to your heart’s content without worrying about battery life. With 3GB of RAM available, you can also run as many apps as you require, from Instagram to Twitter and the like.

With the 32GB of internal storage, memories can also be stored for later viewing. No questions asked.

The advanced connectivity, and VoLTE

Vodacom’s LTE network is the fastest in South Africa, offering speeds of up to 60Mbps in ideal conditions. The Samsung Galaxy S6’s LTE capabilities will be enabled to use this network, so you can browse the web, upload pictures, download apps and connect with loved ones faster and more efficiently than ever before. The Gold Standard of style

And of course, what is a smartphone in 2015 without oodles of style?

Alongside the black and white models, Vodacom will be the exclusive retailer of the stately limited Gold Edition. Follow the link here to learn more. 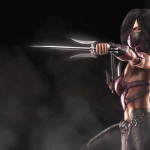