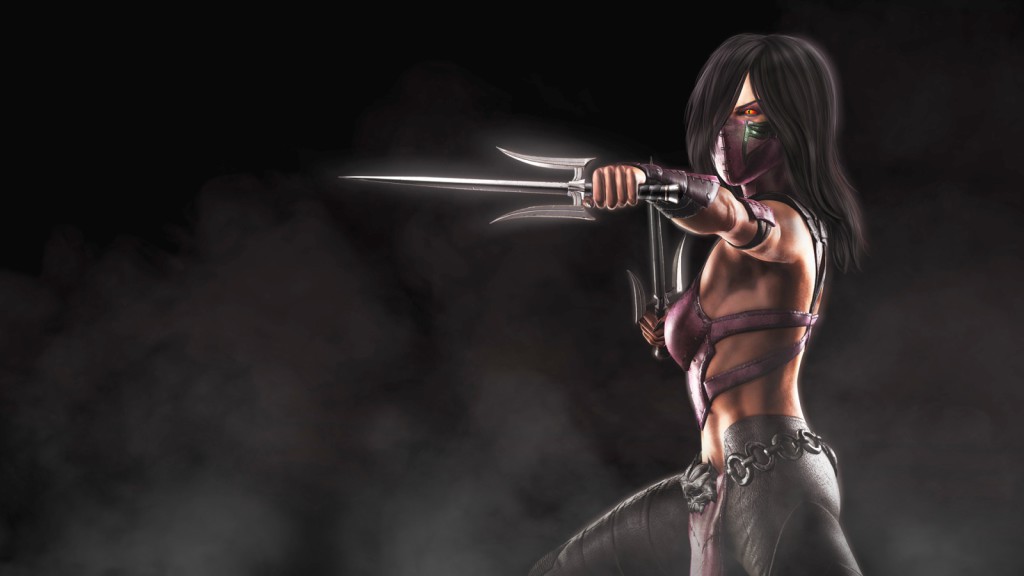 In 1992 four programmers with a minimal budget wanted to make a game based on the movie Bloodsport. Fortunately Jean Claude van Damme, the star of the movie, joined the Street Fighter project (which then never happened) and the license deal for the game fell through. Luckily, they did not give up their quest to make a fighting game and out of the ashes of Bloodsport the first Mortal Kombat was born, a game that would send never ending ripples through the landscape of gaming.

Now more than a decade later I have the pleasure of reviewing the tenth major title in the series. Even though NetherRealm‘s (and Warner Bros. Interactive Entertainment) attempt at the franchise makes it a bit of a different beast, you can still find a healthy dose of good ol’ Mortal Kombat.

Once again Earth Realm is in deep shit. Twenty years ago Raiden and his Earthrealm fighters defeated the fallen Elder God Shinnok and imprisoned him inside the Sacred Amulet, one of the most powerful magical talismans in all the realms of Mortal Kombat. 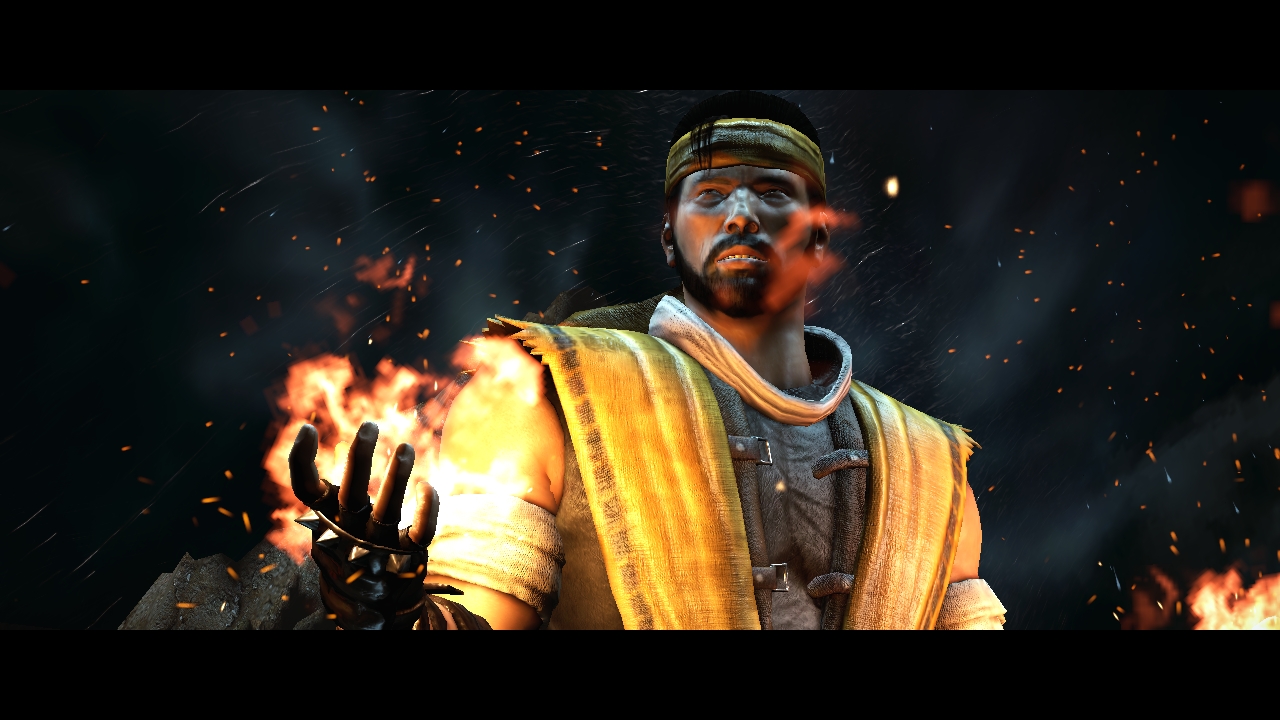 Now in the present, the amulet has fallen in the hands of the former Outworld empress, Mileena. Mileena is using the amulet to wrestle back control over Outworld from the current Emperor, Kotul Kahn, which starts a great civil war.

Earthrealm, who has a peace treaty with Outworld, decides to assist Kotul Kahn in recovering the amulet to put an end to the civil war and eventually succeeds. But the confusing and chaotic series of events are far from over and the amulet once again falls into evil hands, this time the sorcerer Quan Chi who wishes to free his old master, Shinnok, and take over all of the realms.

There is not much more I can say without totally spoiling the plot of Mortal Kombat X but there are basically a lot of brutal and bloody fights that take place across various realms with a good dose of betrayal and vengeance thrown into the mix. You know, good ol’ Mortal Kombat 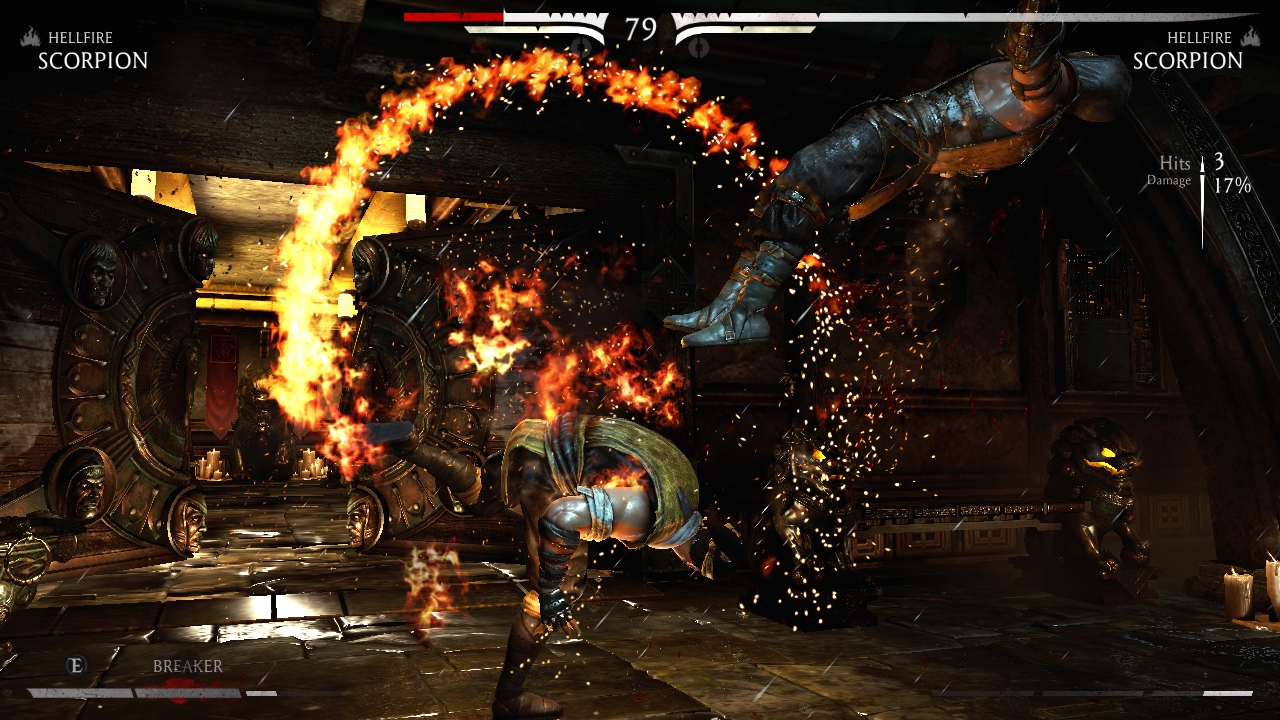 Warner Bros. Entertainment has added much narrative depth in Mortal Kombat X while still retaining the B-Rate panache of its predecessors. It’s a combination that they have balanced extremely well and it results in an entertaining and absorbing title.

They have reimagined the MK world with a brilliantly dark atmosphere and have given its cast a more mature and realistic make over. Unfortunately some of the old characters like Baraka, Stryker and Jade have been dropped from the roster but they have been replaced with a string of highly entertaining new characters that will add much excitement for the future of the franchise.

When it comes down to gameplay, Mortal Kombat X has seriously outdone itself. Compared to its predecessors, it is significantly more advanced and flexible, which gives it a lot of replay value. 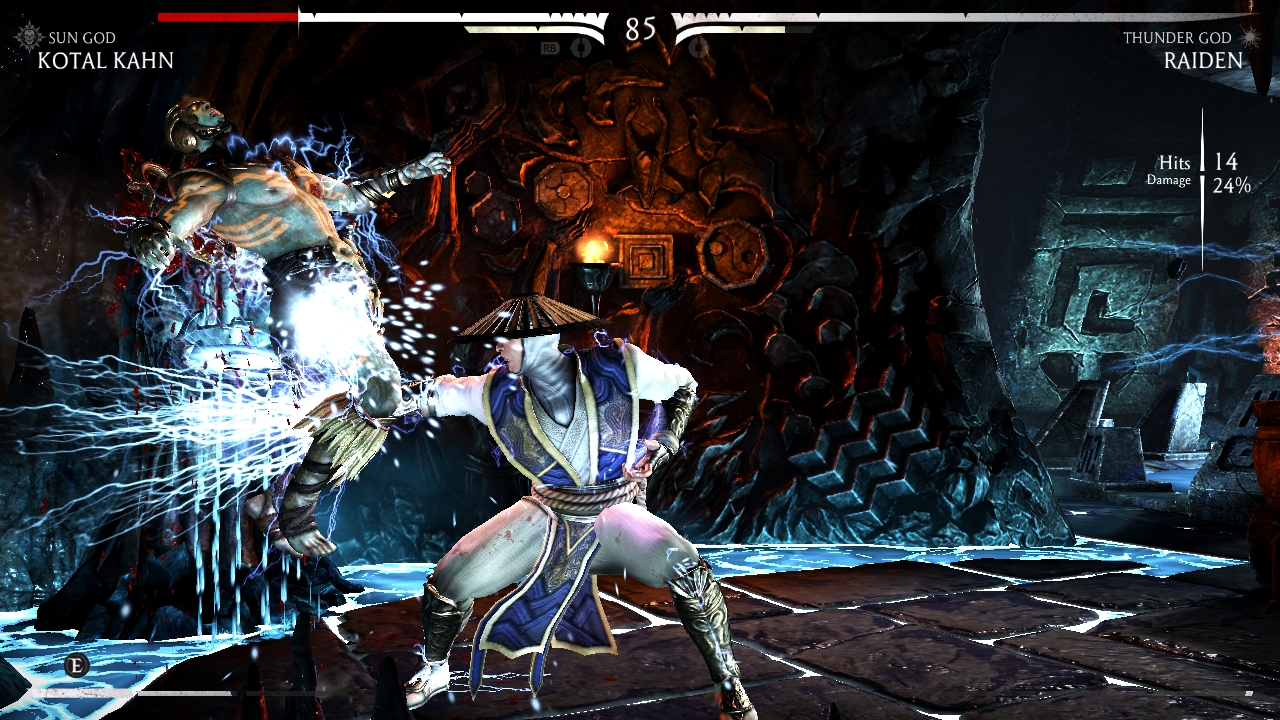 If you have ever played Injustice: Gods Among Us, you will see Mortal Kombat X shares a lot of similarities with it. When playing a match there will be many interactive elements you can use in any given stage. Some large objects like walls or giant sabre-toothed tigers can be used to massive jumps over you opponents, either helping to avoid being cornered or covering a great distance towards your opponent.

Other items like weaponry or tree branches can be used to damage your opponent, sometimes with a glorious added cinematic. This addition adds a lot of substance and considerably enhances the gameplay experience. There is nothing like ending a match by tossing a weak old lady into your opponents face.

While we’re on the subject of ending matches, Mortak Kombat X has provided gamers with a great variety of brutal finishing moves to send fear into your opponent’s heart. There is, of course, the ever present “Fatality” that is still spectacular in its bloody splendour. 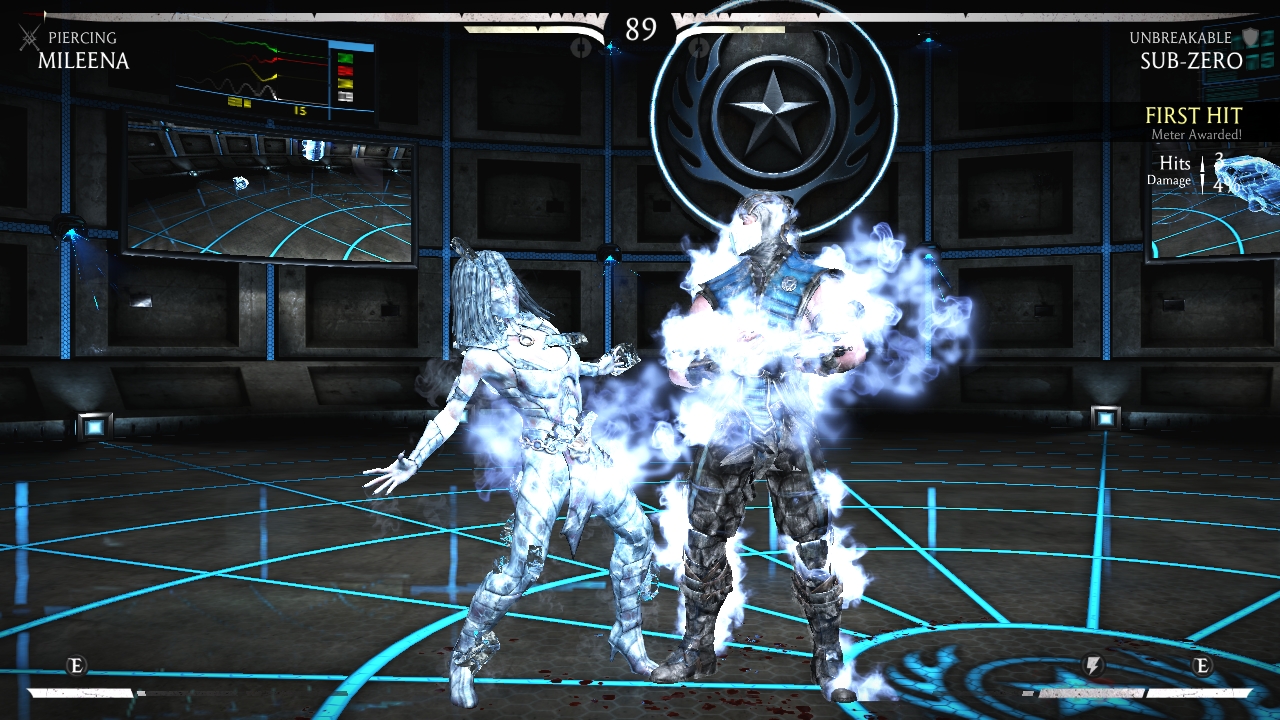 Then we see the return of the “Brutality”, which hasn’t been seen since Ultimate Mortal Kombat 3. These finishers are even more glorious than Fatalities but you will have to meet some stiff requirements during a match to be able to perform them. Then there is the “Quitality” that will instantly execute your opponent if they quit during an online match-up.

The one feature that adds a lot of depth to Mortal Kombat X’s combat system is the variety of fighting styles assigned to its characters. Each character has the choice of three fighting variations that alters the combos and special moves used during battle. It’s a brilliant addition as it keeps the gameplay fresh and consequently multiplies the number of characters available by three.

You will also be able to change the appearance and outfits of your characters. For instance you can play Sub-Zero and Scorpion with or without their masks on. Other characters will have a more drastic change like being dressed in their “tournament” outfits, which pays homage to their appearances in the early Mortal Kombat games.

Some of these customizations will be earned by playing through the single player storyline but most of them will be purchased through “The Krypt” by coins you earn via local or online matches. 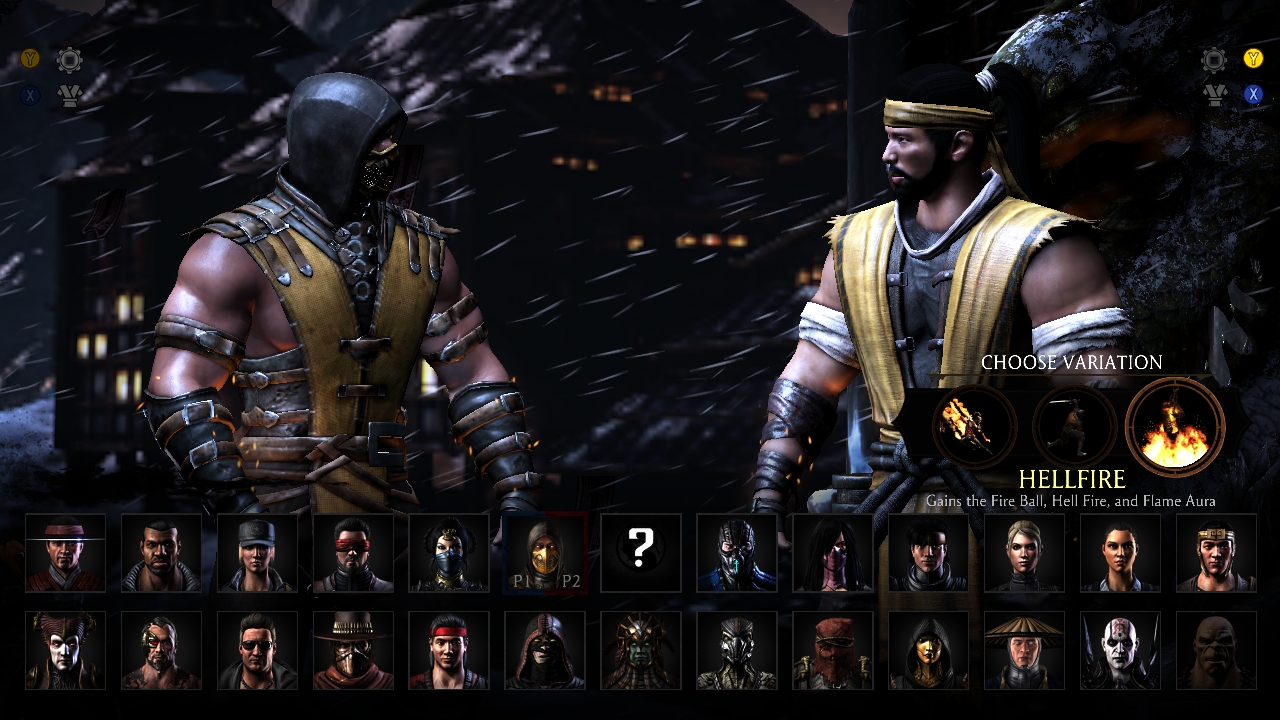 The Krypt puts you in a large network of graveyards and catacombs and it’s played from a first-person perspective. Here gamers basically run around destroying tombstone and the like to unlock various outfits, fatalities and concept art.

What truly differentiates Mortal Kombat X from previous titles is its focus on online battles. Except for the standard one-on-one ranked matches, there’s now a mode called the “Faction Wars”. Here you choose one of five factions (Lin Kuei, White Lotus, Special Forces, Black Dragon or Brotherhood of Shadows) and represent them in an all-out one line battle for supremacy.

Factions Wars adds a sense of unity to a game that is otherwise very focused on the individual. Whichever faction you choose, when winning a faction match you will be contributing points to the faction, and not just ye olde coyote. This means that players from all over the world are joining up to represent their factions and guide it to glory. 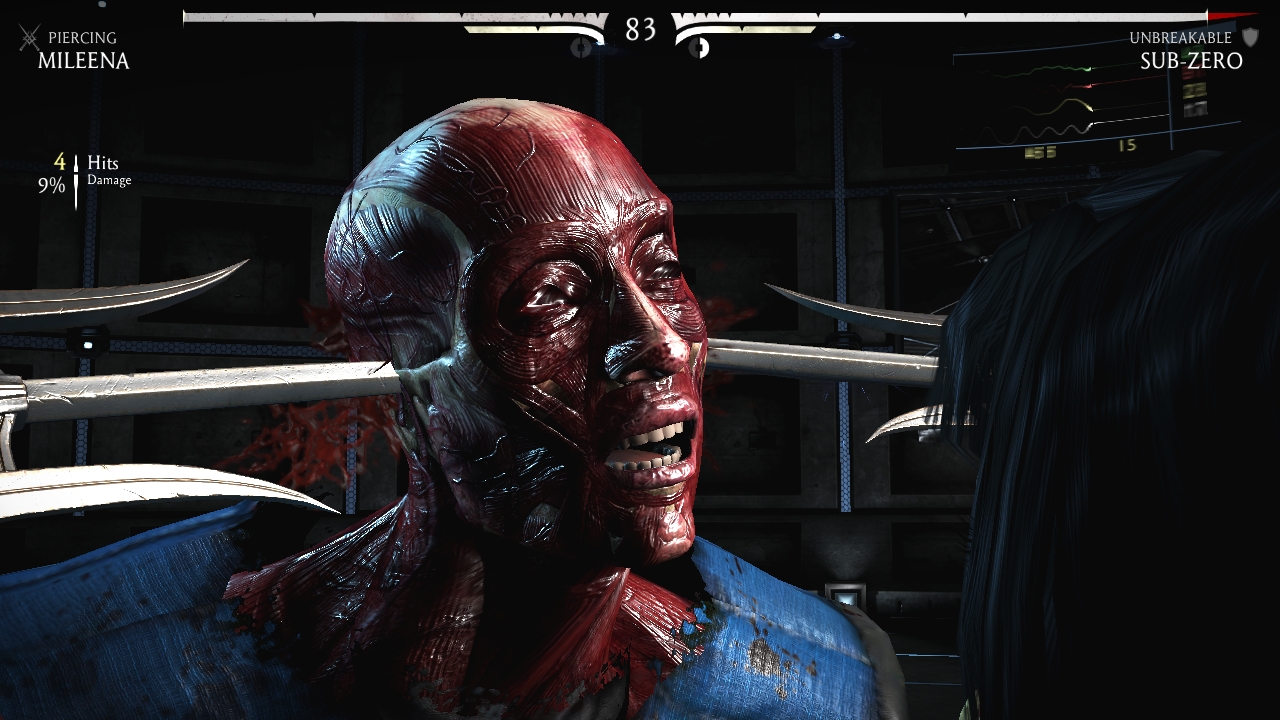 A Faction War will take place every week and the players of the winning faction will then receive bonus rewards such as a new fatality called a “Faction Kill”.

Verdict: Mortal Kombat X boasts more depth and beauty than any other of its predecessors, no matter how you look at it. Boon and co. has taken elements from previous titles and significantly enhanced them while adding loads of new features. This ultimately makes it stand out as a MK title but also as fighting game in general.

Its focus on online play also brings together players from all over the world, regardless of platform or skill level, which I think will lead to it’s cult success the coming years. There is very, very little wrong with Mortal Kombat X and other one-on-one fighting games will have a hard time topping its excellence.