By Andy Walker
Read nextIs there a round Samsung Galaxy Gear smartwatch in the works? 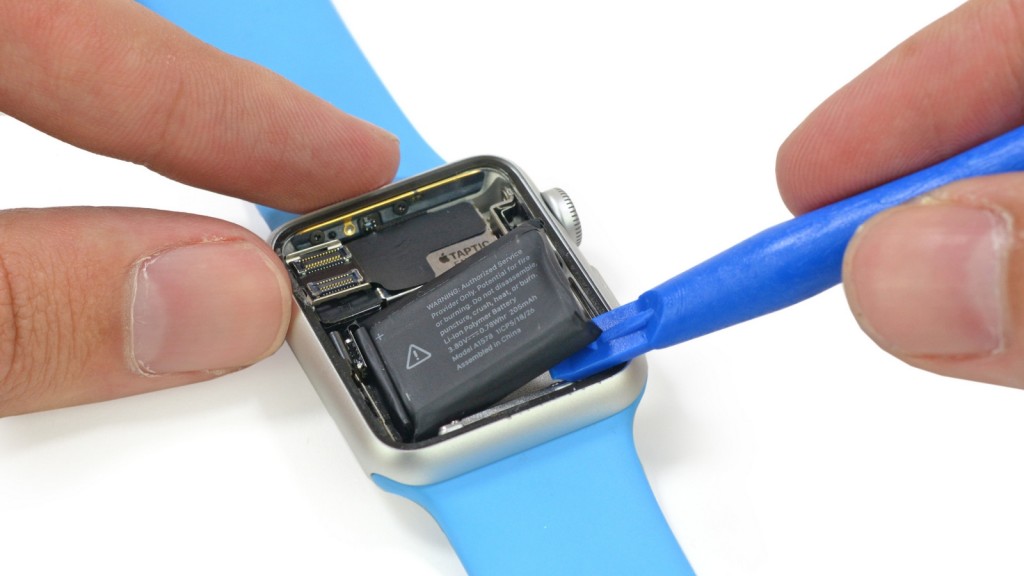 It was bound to happen at some point. The US$349 Apple Watch Sport has been spotted on iFixit’s testing table — legendary pickers apart of devices big and small — and subsequently stripped component by component to reveals its innards. But is there anything strange to report? It doesn’t seem so.

The teardown was relatively simple according to the iFixit team, with a few hair-raising moments.

“Disconnecting the display isn’t easy, as the display cables are trapped under a springy bracket,” notes the mad scientist when the rear plate was removed.

Apple also adds a few gold embellishments in the Sport, perhaps as an aerial enhancement, claims iFixit. Of course, other details include the Taptic Feedback engine (mated with a speaker), the rather intricate sensor and magnet array at the rear of the device, and the Apple S1 chipset that keeps the watch ticking over.

The Apple Watch also features a 205mAh battery, which is rather puny considering that the Sony SmartWatch 3 has 400mAh available and the LG G Watch R 410mAh. iFixit also finds it a bit small, and hilarious when compared to watches crafted before computers were really born:

This wee 3.8 V, 0.78 Wh lithium-ion battery is the power behind the 38 mm Apple Watch. No gears here! Apple claims the 205 mAh battery should provide up to 18 hours of life (which translates to 6.5 hours of audio playback, 3 hours of talk time, or 72 hours of Power Reserve mode.) 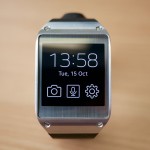 Is there a round Samsung Galaxy Gear smartwatch in the works?
Samsung • 24 Apr 2015
Read More
More