Without any fanfare, Intel has launched the Bay Trail upgrade, Braswell, to market, boasting a reduced die size and lower power consumption.

Intel Braswell is an entry-level chipset, and intended for use on ultraportable machines, low-cost laptops and cheap, compact PCs, with Gen 8 series graphics and up to four cores. That’s pretty spiffy for low cost chips then, ranging between US$107 to US$161.

The Intel Braswell line will initially offer four chips, with three labeled as Celeron and one as Pentium, as per Intel’s new naming tradition. All SoCs will boast the new Airmont cores, but the latter will feature a base clock of 1.6GHz, turbo-boosted to 2.4GHz, 2MB of L2 cache and a TDP of 6 watts. That, in a nutshell, means the Pentium chip should boast some brilliant battery behaviour without sacrificing too much on performance.

So where will we see these chips?

Gunning for the low-cost devices, we should see the Intel Braswell SoCs in tablets (labeled as Cherry Trail), budget laptops and other devices like Chromebooks, that privilege battery life over raw performance. 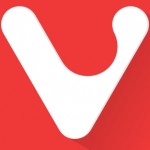