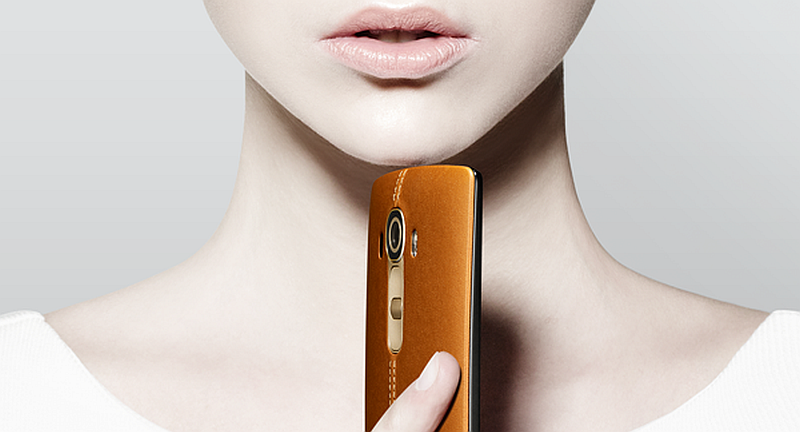 20 April: The Verge is reporting that it has somehow acquired a video of the LG G4’s camera in action. If you fancy a gander, check it out here.

13 April: There have been a spate of new leaks coming from the LG camp, including news on the phone’s rear, the camera sensors and the internal specifications. Find updates below.

Another day, another device flagship soon to be ushered through the production doors to greet the big, wide world. What am I talking about? Well, there has been a manufacturer keeping its cards rather close to its chest since its curved device launched in February.

That’s right. The LG G Flex 2 is a great phone, but it’s not the quarterback of the company’s device arsenal. That honour will go to the LG G4 once its launched on 28 April.

But what do we know about it thus far?

This video doesn’t need much of an introduction frankly. It’s just LG showing off its usually-brilliant screen technology.

What it does do is further confirm initial suspicion: there will definitely be a 2K screen in the mix. 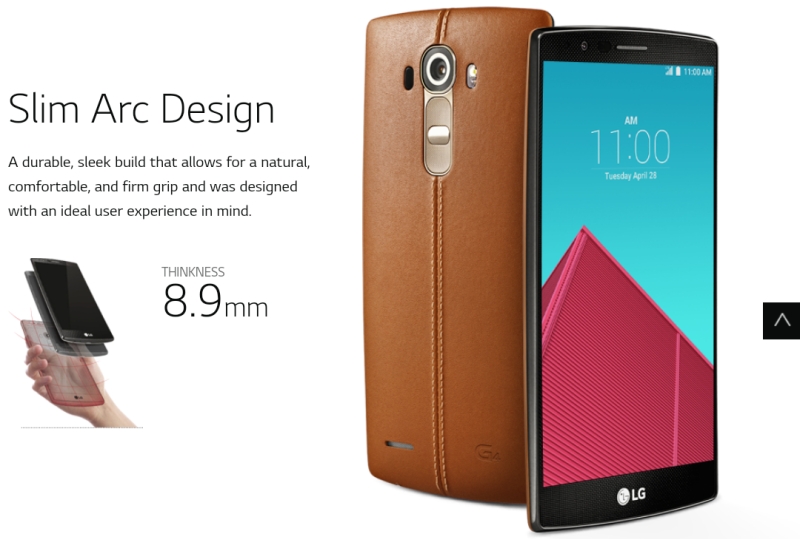 While Samsung and Apple are gunning for glass and metal in their bid for the premium market, LG is slathering its phone’s rear plate in something a little different — leather.

According to screenshots grabbed from a pop-up LG microsite, that was soon taken down, the LG G4 will feature some seriously suave exterior features. According to the snapper, Pedro Peguero Jr., the images seem legit but the specifications also depicted on the site, may simply be placeholders (they’re just too similar to the LG G3’s specs to be accurate). 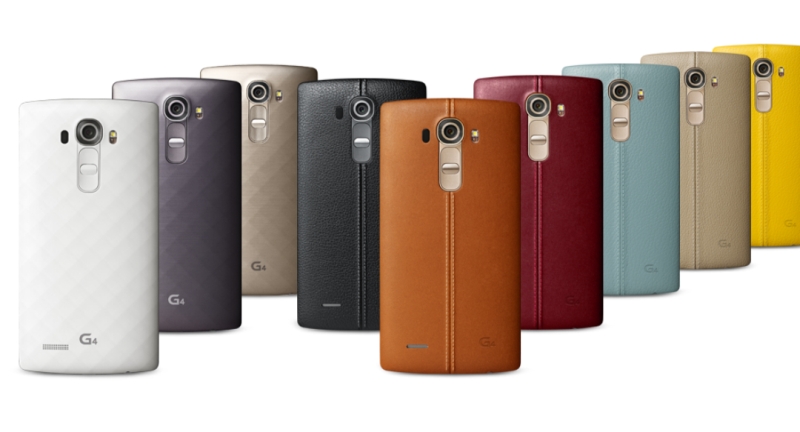 It also seems that LG will allow users to remove the back cover to access the battery, which is something we haven’t seen in ages from flagship smartphones.

All in all, we’re fairly excited to see this phone in the flesh, and the leather aesthetic is a welcome departure from some of the more rigid and soulless phone covers we’ve seen on flagships in the past. Is LG channeling its inner Vertu, perhaps?

Have a look at all seven images on Pedro Peguero Jr.’s Google+ page here.

The new tester video comes with a healthy dash of coy

Without saying much, the video hints at quite a bit including the F1.8 aperture snapper at the rear of the device and a stately Samsung Galaxy S6-like form factor.

While imaging has always been a big part of the LG G experience, the LG G4 will try to take the crown from the likes of the iPhone 6 and Samsung Galaxy S6.

Running on top of Android Lollipop, LG will employ its new UX on the LG G4, simply dubbed UX 4.0.

While UX 3.0 introduced the ever-useful Selfie Mode for snapping images using a closed fist gesture, UX 4.0 will debut a new and nifty cascading widget feature dubbed Smart Bulletins which will allow heavy multitaskers to scroll through widgets on the home page. 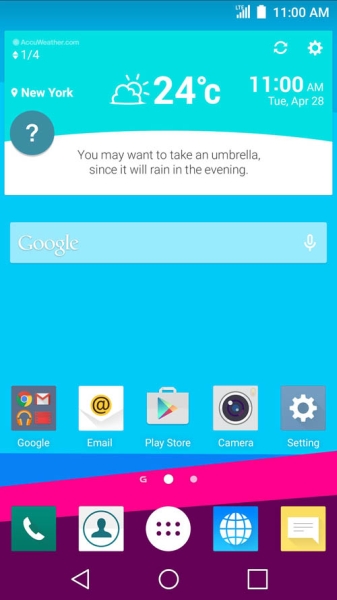 The UX will aim to learn its users’ habits and adjust accordingly.

Overall, LG’s president and CEO Juno Cho notes that it will be a more personable, customisable and smarter UX.

LG UX 4.0 offers simpler, faster and more intuitive ways to use the G4 with both new and improved features that intelligently accommodate each individual user. We will continue to better understand our customers so we can continue delivering innovations for a better life through our human-centric approach.

An “official” leak if you will, LG has announced that the screen used will boast 1440 pixels from end to end, and 2560 from top to bottom — 2K if you enjoy standardised acronyms. It should be noted that its the same resolution that made the LG G3 so special.

Some additional numbers include a “120% larger colour gamut,” a “higher contrast ratio with 30% increase in brightness,” and “Advanced In-Cell Touch (AIT) technology” which means that LG can reduce the thickness of the device, thanks to the sleeker screen. 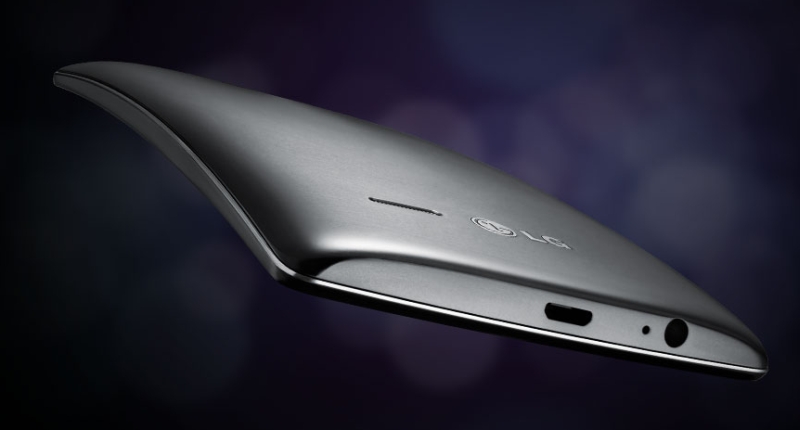 But will it bend, deliberately?

What we don’t know is whether it will be curved like the LG G Flex 2, or traditional like the LG G3 it replaces. Either or, the screen sounds like an adequate companion to the camera’s potential.

Consider that the screen will likely be slathered in Corning Gorilla Glass 4 and feature an LG G Flex 2-like self-repairing system on its hindquarters.

Internals: Not the Snapdragon you were expecting

Alongside the 3GB of RAM and 32GB of internal storage, a new benchmark leak exposed one massive tidbit that is just too interesting to ignore.

While many expected the Qualcomm Snapdragon 810 to feature in the device, reports coming from the benchmarking world suggests that devices sporting this chip are struggling with managing heat, most notably the HTC One M9.

LG has decided against this chip, which is pretty damn fast in its own right, and opting for Qualcomm’s new hexa-core Snapdragon 808 option instead.

Qualcomm recently launched four new chips to the world to cater for upper-to-mid range smartphones, but is LG really employing one of Qualcomm’s slower chips in the device save overheating headaches later? This will definitely be a detail to watch going into the launch.

The Adreno 418 GPU provides the gaming and visual muscle. 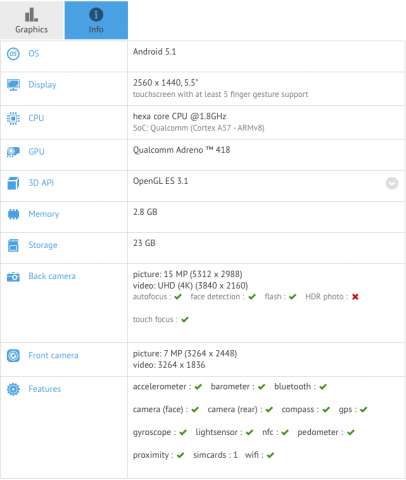 Note the lack of a live HDR mode, which is a touch disappointing.
Image: GFXBench via SlashGear

We’ve mentioned the LG G4’s camera briefly but the same benchmarks mentioned above will boast a 16MP rear snapper (paired with that F1.8 aperture) and a 7MP camera up front — rather large compared to other front flagship snappers that we’ve seen this year.

This is a hell of an upgrade, considering that the LG G3’s snappers boasted mere 2.1MP front and 13MP rear sensors.

While the LG G3’s battery did seem to drain a little bit too quickly for our liking, the device itself boasted a 3000mAh battery, much larger than the likes of the iPhone 6 and the Samsung Galaxy S6.

A larger battery with longer battery life could also go a long way to differentiating itself from the field. Huawei has done this brilliantly in the Huawei Ascend Mate 7, pushing a 4100mAh battery into a tiny frame. 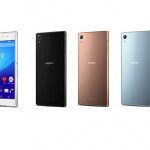