The budget smartphone space is becoming a little universe on its own. A lot is going on in the space: competition, innovations, deals, and new releases almost on a weekly basis; pretty much everything that’s happening with high-end smartphones. The budget smartphones might be without the lights and explosions of the high-enders, nevertheless, great things are happening.

The latest device on our table comes from Vodacom in the form of the (Vodacom) Vodafone Smart 4 Turbo, launched earlier in February this year. It is not the first Vodacom budget smartphone though. Last year, Vodacom launched the tiny but brilliant Vodacom Smart Kicka.

The phone’s screen size sits at 4.5-inches with just 854×480 pixels, which for video playback is not good enough. Considering that most smartphone offer HD playback, this is one feature that might put off potential buyers. The screen feels smooth to touch and navigating is a breeze.

The phone runs Android 4.4.2 KitKat. Vodacom has given the interface a few tweaks, which are not major. What is noticeable is Vodacom’s attempt to assimilate its low end smartphone with exclusivity does not add anything to the phone. The phone comes with many potential good features that are only accessible when using a Vodacom SIM card (as one would expect). Even the simple features from Vodacom require an internet connection, which for the target market the phone is aimed at is a baffling decision.

The 1880mAh battery is not large but it did last for 24 hours, though without straining the device too often. The Vodafone Smart 4 Turbo also features a quad-core processor clocked at 1.2GHz and backed by 1GB of RAM. There’s 4GB of internal storage available which after loading apps, had a mere 2GB but the phone can take microSD, up to 32 GB.

The phone feels good and sturdy enough but it is also feels granite hard. Two components make up its design, shiny front and sides and then a different shade of black on the back cover.

The phone’s UI is unintuitive which makes finding anything more difficult than it should be. Finding the messenger or that magical button displaying all open windows is accomplished using a combination of trial and error and guesswork. It is a long press of the review button as opposed to the popular one press. Dismissing the opened windows is a bit tricky too, in fact, through my use of it, the feature completely eluded me.

Trying to figure out how to send text messages is another struggle. Again the one that is clearly visible is only for Vodacom users, dubbed Message+. The only app that can be used is Hangouts.

Another unusual decision is fitting the microUSB power/sync port on the top rather than the bottom. The headphone jack is also on top. Contacts are called “People,” which is offensive if your dog happens to have a smartphone. None of these features add anything to the phone’s appeal above other low end smartphones.

There is no visible shortcut for setting your sound settings either. You have to actually change the volume every time you want it to switch to silent or vibrate mode. You cannot customise by setting different settings for each app which is puzzling to say the least.

Credit where its due, the phone’s default keyboard is really good though. Smartphones often suffer from sketchy keyboards, when they either resist appearing or forgetting words used on it.

The phone is perfect for browsing the internet, with its LTE-capabilities labeled as the chief selling point of this phone. Web pages load fast as a result, but is this really a reason to purchase a phone? I don’t quite think so.

Read more: HTC One Mini 2 review-in-brief: smaller than an M8, but not as good

Its 5MP camera features autofocus and flash. The quality of images is terrible, certainly not a phone built for photographs. With a 5MP camera, the manufactures where not intending it to be one, I am sure. The autofocus is unreliable, focusing when it feels like it and not focusing at all when it has something better to do.

The front is a simple VGA camera. In the world where selfies have become an art form, the VGA camera will not inspire any selfie artist to use it.

Strangely enough, there seemed to have been a lopsided approach to the phone’s photography repertoire. Though the camera is terrible, its editing filters are impressive. One that really impressed me was the ability to control two different temperatures on the same image without it looking rather cheesy and cheap. Great for a budget device.

For R1499, you’ll have to think long and hard about what you really want in a smartphone. For this price, I’d personally shy away from the Vodafone Smart 4 Turbo. The competition in this sector of the market is fierce, and for a few bucks more, you’ll be gazing into the lower-midrange, a sector that offers slightly better value for money.

Verdict: The Vodafone Smart 4 Turbo is not a smartphone for selfies or photographs. It is perfect for internet and of course the pocket. Because pages load fast, it is great for social media, its only hindrance is that you can only look at other people’s amazing photos and not be able to take them with the phone. The UI is a mess too and you’re pretty much forced to use a Vodacom SIM, but with that said, there are positives, just not enough to warrant its R1499 price tag. 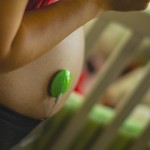