For once, the Microsoft Windows and PS4 versions of a game is lagging behind the Xbox One version. Refreshing. What’s also refreshing are the two new Evolve maps available for download from today.

These maps have been available since March on the Xbox One version of Evolve, a game we certainly thought was seriously fun in short bursts, but they now arrive on PS4 and PC.

Both maps have their equal charms, but let’s begin with Broken Hill Mine, which finds players trudging through a bohrium dungeon beneath Shear. It’s dark and dank and definitely a place where you’re bound to find more cramped combat, thanks to the mine’s narrowing profile.

There are a few campaign effects mentioned by 2K Games too:

Hunter Win: Mining Drones get repurposed as Shield Drones for the Hunter team in the next match.

Monster Win: Destroying the mining drill makes the environment tectonically unstable. The resulting earthquakes will flush out birds from the surrounding areas, deceiving the Hunters as to where the Monster is really located.

Broken Hill Foundry however, is a bit more surface-orientated, taking place around a run-down industrial complex which was used to smelt the bohrium produced by the mine.

It’s an overlapping mix of open areas, corridors and low ceilings create new tactical options for both Monster and Hunter players. In the warehouse alone, there are three levels to stalk prey. Another area takes you through the streets – and to the rooftops – of Slagtown where a Monster can be lurking around every corner. Crates of bohrium, found throughout the facility, can be eaten as food for the Monster. Though the crates are easy meals, they don’t have a pop top. Breaking them open makes considerable noise and give away the Monster’s location.

The campaign effects are a bit more bohrium-based in this map, with the precious substance providing supercharged jetpacks if used by the hunters. The monsters benefit from a more destructive melee attack if the foundry is destroyed.

If you haven’t got hold of the maps yet (Xbox One users you should be ashamed if this is the case), they are now available for free download on all platforms. 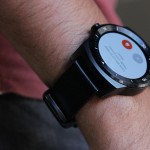