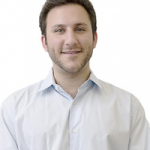 On 10 April, the Apple Watch became available for preorder and within the day, an estimated one million people purchased the tech accessory. By comparison, it took more than two months for Apple to sell one million iPhones — a product that everyone seems to own today.

Looking at the early numbers, it’s safe to say that Apple is going to redefine and take the lead in the wearables market — like it did with the computer, music, and mobile markets. The stylish wearable is set to outperform fitness trackers from Nike and Jawbone, which collectively sold 3.3-million units between April 2013 and March 2014. And preorders have already eclipsed Google Glass’ total sales. Although Google refuses to release its actual sales data, it’s estimated that just 240 000 units have sold since 2012.

The initial excitement surrounding the Apple Watch is undeniable, but will the buzz last? Are smartwatches here to stay? Or will the Apple Watch fade into oblivion like many other trendy devices have in the past?

The answers to these questions will dictate whether it’s worth devoting resources to expanding your company’s mobile development efforts into the world of smartwatches.

I don’t blame you if you’re hesitant to jump aboard the Apple Watch train, but I think Apple is poised for great success with this new technology. The key to the longevity of smartwatches will be whether they add value to users’ lives.

The value of wearables

Google Glass is an impressive piece of hardware that’s especially appealing to tech geeks. The average consumer on the other hand, isn’t excited by the idea of wearing a computer on his face. This is simply too large of a digital leap for most people to make. At the end of the day, Glass doesn’t provide the right kind of value to its users.

In contrast, a smartwatch is a logical next step after a smartphone. The user interfaces of these two devices are quite similar, and users aren’t required to learn the alien set of voice and gesture commands that Glass requires. Although some Apple Watch features (such as Force Touch and Digital Crown) take some getting used to, after users pick up on them, they become intuitive.

Apple’s secret sauce has always been its ability to cherry-pick technologies from other companies and add value to them. The iPod, for example, wasn’t the first MP3 player on the market but the exquisite design, the friendly user interface, and the frequent updates made it the top music player. One way the Apple Watch follows this model is by offering the same health-tracking technology as the Fitbit but in a more attractive and user-friendly package.

Don’t let the Glass debacle scare you away from spending time and money developing apps for smartwatches. Apple’s smartwatch apps are an extension of existing iOS apps, so users can have access to their iPhones’ core functions, such as calling, texting, and emailing. This familiarity and connectivity makes the Apple Watch easier for users to adopt.

There’s also a huge window of opportunity for retailers to leverage Apple Watch in relation to the in-store experience. American retail chain Target, for example, is developing an Apple Watch app that will assist customers in creating shopping lists, locating items in the store, and finding the best deals. Apple Watch apps function by calling the iOS app, which then carries out the request and sends storyboards to the watch.

Developments such as this make the shopping experience easier for customers and allow apps to reach users at the most relevant times. A notification sent to a shopper’s phone might not be seen until it’s no longer relevant — like after the customer has left the store. Watch notifications, on the other hand, grab users’ attention in a way that no other notification can.

While the launch of the Apple Watch appears to be an early success, there’s still much to be determined. Regardless of the uncertainty, it would be advantageous for entrepreneurs, developers, and brands to get involved in what should be the next big thing.

Bobby Emamian is the co-founder and CEO of Prolific Interactive, a strategy-led mobile agency headquartered in Brooklyn, New York, with offices in San Francisco. A former college athlete, Bobby’s competitive nature and mix of technical, business, strategic, and managerial skills account for Prolific’s rapid growth in the mobile industry. Bobby and his team have worked with prominent companies, including ModCloth, Threadless, Rent the Runway, Angie’s List, and David’s Bridal. 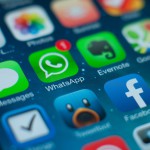