By Wiehahn Diederichs
Read nextWindows 10 Insiders will get Windows 10 for free, according to blog post 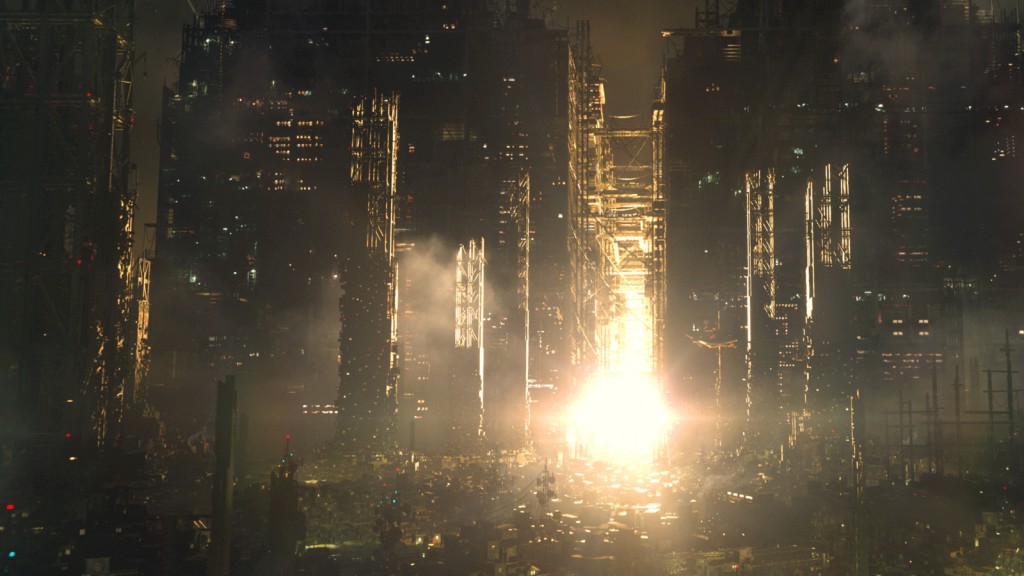 E3 2015, formally known as the Electronic Entertainment Expo, is undoubtedly one of the world’s largest and most respected gaming expos.

Each year for the last decade this annual event has provided Earth’s digital pilgrims with a wonderland of gaming thrills and chills.

2015 has certainly not been any different and has shown us that the near future of gaming is looking pretty damn brilliant.

Now of course there is no way of forming a definitive “Best E3 Games” list so consider this my, the author’s, semi-biased list of best games revealed at E3 2015.

As always we would love to hear from the readers. Do you agree with this list? What would you rate as the best games from this year’s E3? Todd Howard, game director at Bethesda Studios and the mastermind behind The Elder Scrolls and Fallout franchises, had the honour and privilege (and definitely the right) of announcing the long anticipated Fallout 4.

This instalment of the series will start you off in “the world before the bombs fell”. It introduces an innovative and dynamic character creation process and you will have the choice of playing with either a male or female character. It will boast an “enormous and dynamic world where you can create any kind of character you want.”

He says that they have been working on this title since the completion of Fallout 3 but they were a bit busy with “that Skyrim game” and it was only in the last four years they could really pour their energy into it. Howard says that detail is at the heart of Fallout 4, as with any other Bethesda title, and that every object was created with great passion and consideration.

Release Date: Holiday period 2016 on Xbox One, PlayStation 4 and PC

As an avid and religious fan of the Mass Effect trilogy, the announcement of Mass Effect: Andromeda had me sobbing tears of joy (not really… okay, maybe a little bit).

The initial announcement was short and only provided us with a trailer. The short clip showed a N7 soldier flipping through a screen presenting a variety of exotic locations to travel to. After choosing one we enter hyper drive and are taken to a barren desert-like planet and presented with the words “discover a new galaxy”. This is followed with some intense and action-packed cinematics in true Mass Effect style.

Shortly after the announcement though, various other details concerning Andromeda’s narrative, characters and setting emerged.

Firstly, the individual featured in the trailer is not the game’s protagonist. It was confirmed that you would be playing as a human and will again be able to choose between either a human or female character. The game will take place far away from the original trilogy’s world and long after its events, in other words a totally new fresh Mass Effect experience.

According to BioWare’s blog:

You’ll be exploring an all-new galaxy, Andromeda, and piloting the new and improved Mako you saw. And through it all, you will have a new team of adventurers to work with, learn from, fight alongside of, and fall in love with.

Ever since I first scaled the rooftops of Mirror’s Edge’s minimalistic and stylized city I’ve been begging for another chance to get back in the nimble shoes of Faith. Finally, that dream has come true with the announcement of Mirror’s Edge: Catalyst. “What would life be like if we willingly gave away our privacy? What would our world look like if there were no governments, only corporations? Who would save us from our oppressors, ourselves? Could a young girl without any superpowers be a catalyst for change?” asked Sara Johnson of DICE.

“These are the questions that inspired us as we set out to bring Mirror’s Edge to a new generation of gamers.”

Catalyst will act as the origin story of Mirror’s Edge’s protagonist, Faith, where you will experience her transformation “from a careless young woman to a fierce heroine.”

It was also mentioned that “Faith doesn’t need any guns”, which caused some to raise their brows as gun fights were an exciting challenge in the previous games.

But it seems that the integral parts of the game, free-running (parkour) and martial arts, remain fully intact and will be experienced with an evolved splendour in Catalyst. It is said that it will be a truly open-world and free roaming experience, with no levels or loading screens, that will feature story missions, time trials, races and environmental puzzles.

Personally, I feel that Star Wars is the greatest thing to have ever blessed our little blue planet (yes Earth, we live on Earth). I did not think my love for this monolithic franchise could grow any fonder but after getting a glimpse of Star Wars: Battlefront’s insanely impressive game play it has grown ten-fold. In the words of Peter Moore, COO of Electronic Arts:

Through my decade and a half in this industry I’ve learned that every once in a great while you can get to be part of something special. This is one of those moments. In the past two and a half years we have put some of EA’s greatest talent and most advanced technology together with one of the most beloved sagas of our time.

If your jaw isn’t drilling its way to the centre of the Earth then you might as well stop reading this article right now.

Star Wars: Battlefront will have various game modes ranging from massive 40 player battles right down to intimate eight player matches pitting the Rebel and Imperial Troops against each other.

You will be able to play as any Star Wars related character from Storm Troopers to Jedis and pilot any vehicles such as the X-Wing fighter plane to the colossal AT-AT Walker.

If you aren’t feeling the multiplayer matches you will also be able to take part in various missions against AI’s, alone or with a co-op partner. There will also be a split screen option and one-on-one battles.

Release Date: Early 2016 on Xbox One, PlayStation 4 and PC

I got a pretty late start on the Deus Ex franchise and I was only a quarter way in when I realised what a travesty I had committed by not giving this game a chance. It boasted an intricate and captivating narrative that lead you though a distinctively beautiful cyberpunk world. It’s been four years since the last instalment (Deus Ex: Human Revolution) and now we are finally on the verge of entering its sequel, Deus Ex: Mankind Divided. Mankind Divided takes place in 2029, two years after the events of Human Revolution. Mechanically augmented people like the protagonist, Adam Jensen, have been outlawed from society and feared and hated by the greater public and forced to move into “Aug-only” ghettos. Eidos Montreal calls it a “mechanical apartheid.”

Our hero Jensen, of course, isn’t living in the ghetto and has left Seraphim Industries to join a newly formed division of Interpol known as Task Force 29. In truth actually, Jensen is working as a double agent for himself (typical Jensen) and is covertly investigating the task force’s ties to a secret organisation known as The Illuminati.

Jensen will have a new arsenal of weapons and augmentation at his disposal like a P.E.P.S. gun hidden in his mechanical arm and detachable nano-blades that can be used as deadly projectiles among many other death inducing goodies.

Mary DeMerle, Executive Narrative Director for Deus Ex, went on to say that the players will determine how Jensen evolves and uses his tools. She also added that “choices and consequences are at the heart of a Deus Ex experience” and that with Mankind Divided they have taken this to the next step. Every choice you will make will determine how the story unfolds and how the game is played.

“To put it simply, we want Mankind Divided to be one of the best action RPG experiences out there,” DeMerle concluded.

If I had to mention all the games I’d love to play from E3 2015, we’d need an entirely new website to fit all the content. So below see the honourable mentions list. As list of games that I’d love to have a go with when they are release, but a list I can definitely wait for.

Windows 10 Insiders will get Windows 10 for free, according to blog post
Microsoft • 22 Jun 2015
Read More
More