We’re just over a month away from Microsoft‘s biggest software launch in many a year, and Windows 10 Insiders have had a substantial role to play in the crafting of the new operating system. For this, Microsoft has announced in a blog post that Windows Insiders, regardless of their Windows 7 or 8 license status, will get the OS for free once its released.

The news also suggests that those previously running illegitimate versions of Windows 7 or Windows 8 will get Windows 10 absolutely free, as long as they are Insiders and registered to use Windows 10 with an official Microsoft account.

Here’s the updated bit of the blog post (emphasis added):

As long as you are running an Insider Preview build and connected with the MSA [Microsoft Account] you used to register, you will receive the Windows 10 final release build and remain activated.

The post also suggests that users can run a “clean install on that PC from final media” once the OS is outed.

While Microsoft doesn’t exactly use the word “free” in this blog post, the company has previously stated that those running Windows 7 and Windows 8.x machines who upgrade to Windows 10 within the first year, will get the new OS without paying a fee — regardless of their Insider status. To play devil’s advocate for a minute — it’s only fair really.

Insiders have been dealing with the more buggy pre-release versions of the OS, which is currently on Build 10130. Many bugs have also come to the fore as well, thanks to the Insiders’ bug and feature submission app available in Windows 10. Giving Windows 10 away for free is also an interesting take on the piracy problem, but also endears Microsoft to new fans.

It’s not clear however if those running illegitimate versions of legacy operating systems, and are not Insiders, will be allowed to upgrade to Windows 10 without requiring an official license.

Previous reports have suggested that Windows 10 will be the company’s last version of Windows too, with the company progressing through its “Windows as a service” phase. Windows will seem to embrace the OS X-like regular update model rather than releasing a new OS every five years or so.

But while things in Redmond heat up for an official OS unveiling, it seems that the company will be rewarding Insiders, which is definitely a nice touch from the previously unfeeling tech giant. 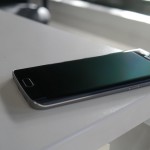