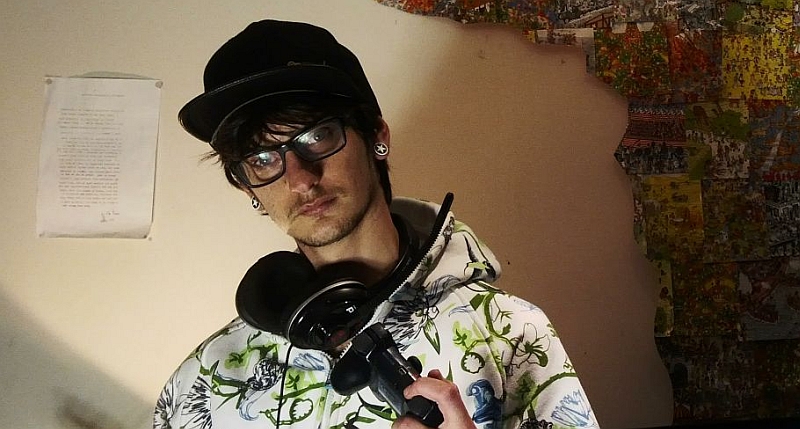 It’s no real surprise that gaming is growing both internationally and locally.

All over the world, gamers are turning their hobbies into fierce competitive duels for glory and sometimes a little more. For those who aren’t eSports hot shots, even the smaller tournaments are events to look forward to.

When considering eSports globally though, the figures in general will scare you.

DotA 2‘s The International boasts a current crowdfunded prize pool topping US$14-million, and is easily one of the more lucrative global eSports tournaments out there. The more you look at the competitive gaming scene the more you realize that there’s a huge gap for smaller, locally organised tournaments. And that’s where Jozi Underground’s story begins.

He has a knack for organising Call of Duty tournaments, and the gamer’s latest effort is just around the corner. 30 June will see his third tournament come to fruition, but we had many questions. So, we sat down with Jozi to explain the mechanics, the inspirations and the the reasons for his tournaments, and what it really takes to craft your own gaming community.

Gearburn: Why did you decide to start these Call of Duty tournaments?

Jozi Underground: I thought no one is going to do this for us. No one is going to make the community. So I figured these tournaments would give guys some online attention and make some names for South African gamers. I use a capture card so I can share the footage and develop the competitiveness that rules the community.

Online is so competitive because everybody plays hard. Public lobbies is where we all end up killing each other. The problem is that there are many players to pick from. Some play chilled and are new to the game, which make some lobbies easier than others, but there is always the play-hard competitors who make lobbies a challenge.

So I thought: “why not make it official?” Gamers caught on and the first tournament did really well, despite the hacking attempts. The second was even better and now, the tournament coming up collected 60 views on the first day on YouTube.

GB: Can you shed some light on the trials you faced organising your own tournament series?

JU: The first tournament was a player versus player (1V1), which was inspired by two gamers who challenged each other to a dual-off to settle a score. This lead to the Last Alive Tournament.

Guys were training for it weeks before. The clans would go online and organise solid practice matches. Matching up the players got pretty intense Some gamers I knew and some I didn’t, which made it harder than expected.

Next is the rules. There are a lot of rules that go into a competition. Matching up times and getting everyone on track from half way across the country is nearly impossible. It’s up to the individuals though, as I can’t force someone to be on their console at 6pm for the match. I managed to pull together a cash prize out of my own pocket to keep things heated.

After tournaments, I’m up until 3am for a few nights tallying everyone’s results and editing footage; making sure everyone gets coverage and that the tournament is done well.

The winning matches get broadcast on YouTube, so you can follow each player as they climbed up or down the ladder. In the finals, I am commentating and it gets really intense.

The last winner got some street credit and has made a bit of name for himself, causing a stir amongst the clans. This brings us to the latest two players versus two players (2V2) match coming up on 30 June, which has developed the biggest buzz so far. It will have full eSports rules in place too.

For the competition, I am giving everyone an online character profile. I am introducing each player and their partner, giving them as much exposure as possible and developing a sort of celebrity persona for the okes [players] involved. I have managed to get Zombie Gamer on board as well, and they are announcing my competition. That means this is now an official event online.

To be honest, I’m not sure if it’s a passion or an addiction.

GB: How are these gamers set up to battle?

JU: Some of these guys are gaming on monitors, which is not a necessity as most of these guys just use TVs, but if you are going for the full set up you should have a gaming monitor. Then you’ll need R1000+ for a reasonable headset. There are also subscriptions involved and then there are addons, or downloadable content packs, which let you add character packs and bonus shit.

That’s what the pros are using. After all, a musician doesn’t go into a gig with crappy gear.

GB: What other hardcore setups or must-haves are the others in the tournaments sporting?

JU: Guys take it really seriously, and some have even imported Scuff controllers. These can cost like R2000 to R3000.

Some guys are also improving their [internet] lines, by upping to 10MB connections which I have followed in my own upgrades. This is how the PlayStation community has made its own competitive vibe. We all believe it’s going somewhere, everyone can see gaming is a huge industry and it has grown into a passion for many.

GB: Why Call of Duty, and why do you think the game is such a huge success in the eSports arena?

That is what Call of Duty has awakened in me, and us.

There is much respect for the guys who put in the time, get all that finesse and actual legit skills. That demands a personality that can steal a win when your team is getting slaughtered for all to see. It’s every sport in one; I just can’t explain how awesome this is. I follow players who I enjoy watching, I can follow their lives and see how they climb the ranks. I watch the teams that are making waves, just as okes have their favourite soccer players and follow their idols on and off the field.

These players are now celebrities. Everybody plays hard and no one goes into the game without making themselves better.

GB: It’s one thing organising a tournament, but what does it mean to play in your own team and clan?

JU: I am in a competitive team called the World Stars which is itself in a clan called Hulk. They are both my pride and glory.

We are brothers; we play so well together. The communication resembles a SWOT team with sixth and seventh senses, and this has lead to an unforgettable winning streak with the World Stars.

Representing Hulk and playing for World Stars is such a mad ride. Once that game begins, it’s pandemonium and chaos mixed together, we are shouting all sorts, and by the end of the 45-minute war, everyone is so emotionally drained. You always have to bring your A-game. You can’t let anybody get to you and it’s about feeding off each others’ energy and killing like a bunch of assassins.

GB: What are some of the best and worst moments you’ve experienced in your tournaments?

JU: In my first tournament, a player called out another for using mods. I chat to all the players beforehand so I knew the guy and was a little suspect. I confronted him and analysed the games (which by the way is nightmare so please, if you are a hacker, stop) and he basically gave himself away. It ended with him being voted out of the lobby.

I had to do the research behind all these short cuts and do my homework on the matter. If you are suspected of hacking now, three votes will get you removed and this then lead to my very own referee.

Half-an-hour before the second tournament was scheduled to blast off, I was in the middle of organising everything when my power died. Right there and then I packed up my whole gaming set up; TV, remotes, cables, consoles, everything, and chucked it in my car, to set up at friend’s place around the corner. Once I had set up at my mate’s house, I get a call to say the power at home is now back on, so again I pack everything up mission home to resume the carnage.

Watching the finals of the first tournament and playing in my first competitive match was such a rush. Okes were feeling it and the one guy who made it to the finals even told me that his hands were shaking for the entire match.

The snipe-off tournament was also so insane. A map that I handpicked for sniping, ended up being such a competitive amazing environment and it was incredible to watch.

So what does it take to start your own local gaming tournament?

Jozi Underground clearly demonstrates that a love of gaming is really all you need, and perhaps the equipment thereafter. Although eSports is only just now taking off in South Africa, it’s clear that gamers are hungry for change, even at the grassroots level.

So what do you think? Does South African need more ardent gamers to lurch eSports into the cultural spotlight? Let us know what you think in the comments section below. 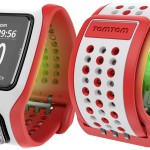