Along with Halo: Reach, ODST is one of the only core Halo games where you don’t play as series’ protagonist, Master Chief. Reach still has you playing as Spartans, but ODST is more of a “lower-decks” story. Now it’s available to Xbox One owners.

Released in 2009, ODST was originally set to be an add-on to the Xbox 360’s Halo 3, but eventually released as a stand-alone package. Taking place during the events of Halo 2, you take on the role of Orbital Drop Shock Troopers (ODST), along with Reach, are my two favourite Halo games

In order to apologise for this, Microsoft stated they will release Halo 3: ODST for free to owners of the Master Chief Collection. There is a catch – as there always is with Microsoft – in the form of who will receive this game at no additional cost. If you played the buggy game collection between November 2011 and 29 December you should be getting this newly released port for free. Check your Xbox’s inbox for more information. The game was only released on the 30 May so inbox notifications may still be coming in.

For the rest of us there’s no real reason to moan about not getting the game for free. Well, there’s one. It’s an 8.1GB download. Yes, besides the 18 or so GB you’ve downloaded for the TMCC so far, you’ll need to download another few gigabytes, but it’s worth it for ODST. On the plus side, the game is only R65, which is an incredible bargain. According to the Halo 3: ODST‘s page description the game is running at 1080p and 60 frames per second.

Along with the game, Microsoft has also released the “Remnant” multiplayer map for Halo 2: Anniversary. The map will be available as a free content update for TMCC.

With the release of ODST, there are now two further questions to be asked. One, when will Microsoft and 343 be releasing Halo: Reach? Two, when will we see the inevitable retail “Game of the Year Edition” containing all of the patches and re-released content? 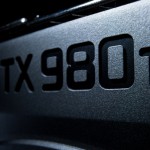