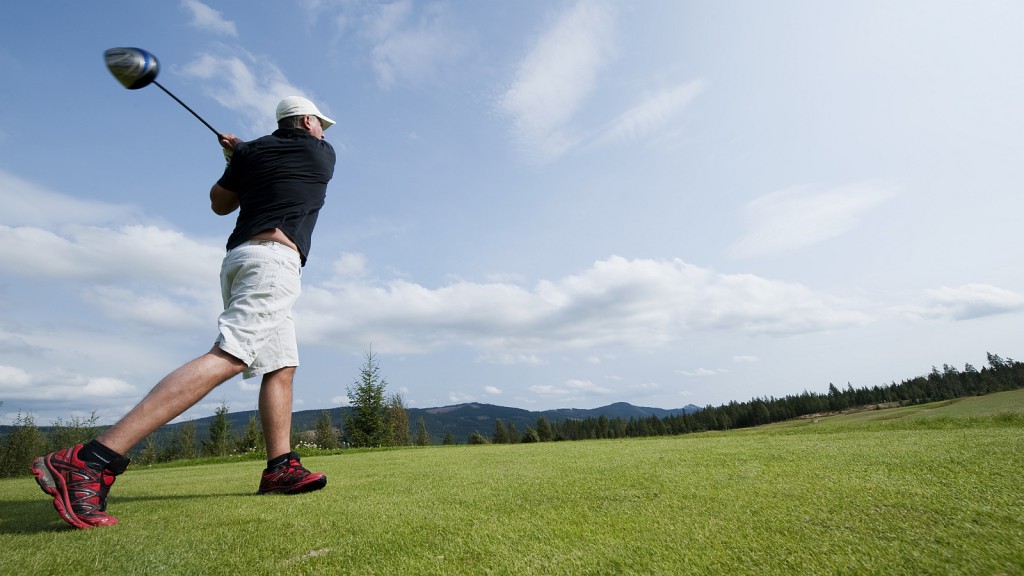 Technology, which is constantly changing, also changes each industry it touches. And it’s currently got its finger on the world of sports, altering the experience for athletes and fans alike.

Fantasy golf is one prime example of a realm in which technology is giving fans an entirely new way to engage with the PGA and LPGA tours. And it’s not the only sport trending; more than 41-million people play fantasy sports of all types in the US and Canada alone.

Just as fantasy golf has delivered new ways for fans to experience their favorite sport, wearable technology represents the next frontier for fan (and player) engagement in golf. It leverages everything that makes golf fun in the first place: community, competition, and engagement. Though still emerging, wearables already influence how golfers train for and excel at their sport.

Wearable tech lands on the fairway

Though golf may not be as far ahead of the curve as running or cycling when it comes to available technology, golfers still have more tools, data, and information at their fingertips than ever before.

From watch-like wearable devices to smartphone apps and smart clothes, professional and amateur golfers alike are benefiting from wearable technology. For example, sensors are embedded in some gloves and shoes to help golfers track and analyze their swings, and smartwatches can reveal a golfer’s distance to the pins, hazards, and lay-ups, delivering real-time details on nearly 37 000 courses around the world.

What’s more, the wearable industry is at a turning point — it can either take off or fall flat. So the evolution of wearables in golf now depends on feedback from early adopters. Widespread adoption will give developers plenty of feedback from wearers/testers, making it easier for them to deliver new tools with deeper relevance for golfers.

As hardware size and retail costs shrink for wearable technology, its many applications on the golf course will only expand. In fact, our agency is currently working with a golf equipment manufacturer and apparel designer to leverage technology to enhance the club-fitting process.

In this company’s customer life cycle, one of the most important consumer experiences is getting fitted for clubs. It’s so important, in fact, that during a fitting, the company uses radar flight path technology/monitors to measure practice swings taken by consumers. Using these tools, potential customers can learn what their stroke is doing to the golf ball (e.g., force, trajectory, spin) and determine which clubs will best accommodate their style of play.

We’re creating an iOS app to complement this process and to act as a customer relationship management system. It will provide a premium mobile experience that highlights the best clubs for the customer and follows up with him or her to complete the purchase.

Active Mind Technology on the horizon

From the Fitbit range and the Nike+ FuelBand to the Apple Watch, it’s safe to say that wearable technology is the next big evolution on golf’s tech horizon. While the current technology is far from perfect, there’s no reason to postpone taking advantage of the opportunities it presents.

Active Mind Technology didn’t wait, and it’s making big waves with its Game Golf device. The small GPS tracker affixes to a golfer’s belt, and its flat sensors are placed on the handle of each club. Using a compass, an accelerometer, and a gyrometer, the system captures the location of every shot and lets the user see everything about his or her performance with a quick glance at his or her smartphone.

The wearable had only been available for a few months when it was adopted by big names such as professional players Jim Furyk, Lee Westwood, Graeme McDowell, and even US President Barack Obama.

Like fantasy golf, wearables are testing the limits of what technology can offer golfers and fans. Wearables’ ability to connect golfers’ activity to that of other users and personalize their experience makes wearables increasingly relevant to consumers’ needs. As this technology is perfected, it will give golfers insights they never imagined — a technological change golf can look forward to.

Hathway Account Manager Brett Zika’s extensive expertise on mobile/web strategy spans both the B2B and B2C realms of digital innovation. His experience with coordinating web, mobile and campaign efforts for a wide variety of clients throughout his career so far with Hathway has put him in the position where he now manages some of the company's largest accounts. Through his close work one-on-one with clients, Brett has helped grow Hathway's business, allowing them to expand the team to 50 employees, three offices and to No. 601 on 2014’s Inc. 5000 list.