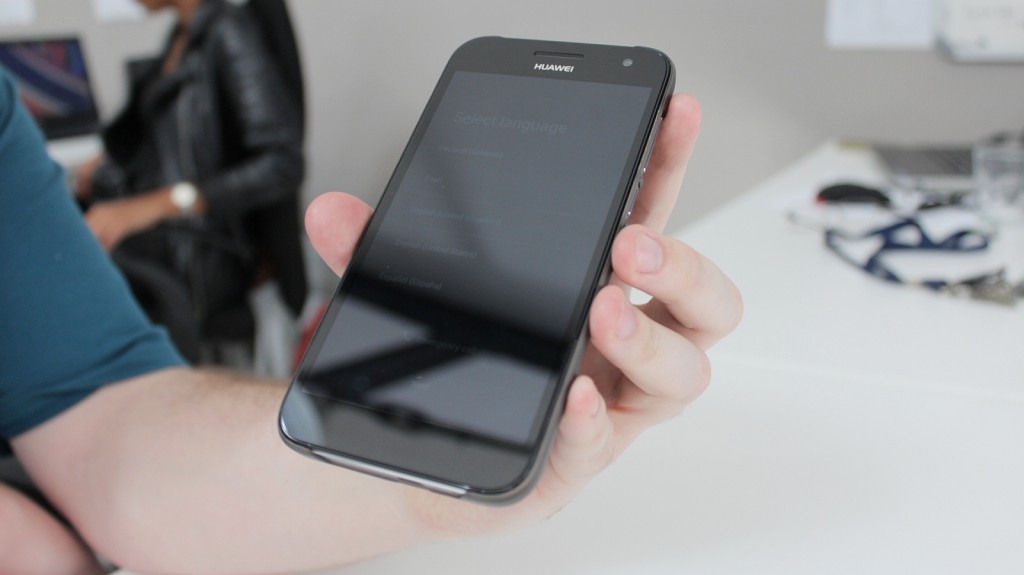 Huawei is charging into the South African smartphone market in a big way. According to Reuters, last year the company sold a million units in the country and predicts that this figure will increase two-fold this year. It’s not a bad run for a company that, just a few years prior, only worried about telecoms and server racks.

Although this figure is largely thanks to its ever improving public perception, thanks to devices like the Huawei Mate 7 and the Huawei P7, its extensive line up of budget devices also cannot and should not be ignored. One of those devices is the Huawei G7.

Yeah, it’s not as exciting as the Mate 7, or as sublimely styled as the P7 (or P8 for that matter) but it can hold its head above the mid-range water without any assistance. Hell, it’s practically swimming up stream right now.

Why? Well, have a gander through the review below to find out.

So, we have a box. We open it. Voila. A phone emerges.

Sure, unboxings are boring when conducted with words and not in galavanting pixels, but it’s an important part of any device. Huawei largely agrees with me, and it seems that it takes particular care in ensuring that the device isn’t harmed. There’s high density foam practically everywhere with the G7 snuggly seated in the centre. Below it, we find the rather large charging adapter, a white micro USB charging cable and a pair of standard Huawei headphones which do well as a backup pair. Also included is the SIM slot removal tool, which is tucked away alongside the warranty and user guide info.

Our test unit wasn’t as white or glossy as the box it came in, but it was attractive nonetheless. The gunmetal grey finish didn’t look cheap but could take a few hits thanks to a rather abrasive surface. It isn’t exactly difficult to hold either, unless your hand is smaller than a six-year-old’s.

Yeah, it’s fairly big. 5.0-inches seems to be the base size of all devices nowadays, moved up from the 4.0-inch standard a few years ago. Huawei still thinks this isn’t large enough and instead added another 0.5-inches to the screen itself. As a result, it’s one of the largest mid-range devices on the market right now.

Unfortunately, it doesn’t get the same 1080p screen treatment at the 6.0-inch Mate 7, but it does boast a 1280×720 screen. It does just fine in the slender body too, with Huawei somehow managing to slim this device down to just 7.6mm. It does come at a cost though — it’s 165g of heavy metal. Speaking of heavy metal, it’s a really good looking device this. It isn’t as flash as an iPhone 6, or as sleek as a Samsung Galaxy S6, but it wouldn’t look out of place sitting alongside these two. It’s a nice blend between HTC functionality and Apple chic with Huawei focusing more on function than form in this case.

The rear camera, unlike Samsung’s recent device, is baked into the body which allows the Chinese company to craft a more streamlined exterior.

The usual buttons adorn the outside of the G7, including a volume rocker on the right hand side and a power button not too far from it. There’s a 3.5mm audio out port for headphones and a fairly loud but tiny speaker grate at the bottom of the phone.

The skin does well to house the hive of activity going on beneath too.

While there’s no flagship processor with copious amounts of RAM available, what users get is more than adequate to cart this thing around all day.

It uses a Qualcomm Snapdragon 410 quad-core SoC, running at 1.2GHz (which is miraculously tardy for a modern CPU) with 2GB of RAM available if need be. Although the chip was announced at the back end of 2013, it supports 64-bit instruction sets and an LTE radio. It’s all about budget, if you’re wondering. There’s 16GB of onboard storage baked in with a microSD card expansion slot if you take a little too many cat pictures than normal. As far as the battery goes however, it’s voluminous. There’s 3000mAh to play around with, and thanks to the rather low clockspeed presented by the chipset, it should last more than a day on a single charge.

There’s a definite emphasis on usability here as well, and photography comes in at a close second. There’s a combination of a 13MP snapper at the rear and a 5MP up front, which should do just fine for selfies. All the usual goodies feature as well, including autofocus, LED flash, touch-screen focus, smile detection and HDR support for the rear snapper. It should also be noted that it’s the same camera featured on the Huawei Mate 7 which did astonishingly well in certain environments.

On the connectivity front, Huawei has ensured that all its bases are covered. It boasts some nifty dual signal and signal detection tech, which switches between two antennae based on which has the stronger signal. It helps the all-metal phone quite a bit. If your cellular provider fails though, there’s WiFi 802.11 b/g/n support, Bluetooth 4.0, NFC, GPS and GLONASS radios. And speaking of radios, there’s an FM radio too — definitely a nice-to-have that more manufacturers are removing for no reason.

With such a vivid feature set, this phone has quite a bit to prove. Frankly, it’s not the fastest thing on planet Earth and that’s unfortunate. Although the Snapdragon 410 does well to sip battery (I was able to use this phone for three days without a charge, while averaging around one and a half), it can’t keep up with more graphic and processing intensive tasks like gaming or watching any movie above 1080p. There was a noticeable lag between frames. You might be asking “why on earth would I want to watch 2K movies on this thing?” Well, the screen begs it.

At 5.5-inches, it’s enormous and makes visually intensive apps like Vine and Instagram a pleasure to use but it does lack the kind of sharpness we’ve seen on other devices, like its big brother Mate 7 or its fiercest competitor, the OnePlus One. Factually, it boasts 40% less pixels per inch than the OnePlus One.

So, not one for movies then. What about multitasking?

Hell, if this is the only reason you’re buying this phone, it’s not a bad decision. What the Snapdragon 410 lacks in straight line grunt it makes up for in the corners (as in, running many, many apps at once with no issues). I had no problem keeping all my social apps in line in the background, which is really what these low speed multi-cored processors are good at.

Where there’s an emphasis on value, cost cutting is usually lurking somewhere on the horizon. While the 13MP snapper is in line with the Mate 7’s, it didn’t perform as well as its big brother. Shots in sunlight were grainy, while images in low light conditions were either overexposed (thanks to the supernova-like flash) or completely washed out. I did manage to capture a few good shots of landscapes, but that’s pretty much the best you could hope for with this phone. Don’t purchase it as a primary snapper — there are better options, especially from Huawei for that matter.

In short, it’s a wonderful workhorse. Like a trusty steed, it gallops along for ages before you need to shove a carrot down its throat. I often averaged 36 hours on a single charge which outshines the flagships from Samsung, HTC and Apple. There’s also an ultra saving mode which effectively cripples the phone, allowing even more energy saving. It could probably last an entire week on this setting, but you’d be using a R4000 feature phone.

And in terms of software, Huawei has done it again — that is combining its usual strange but pretty Emotion UI with Android KitKat managing the backstage antics. It’s a lovely UI to use, but it has its quirks. The camera app is properly stellar but the settings dialog is clunky, confusing and poorly built. Some obvious settings are not immediately visible, like the brightness adjustment for instance.

So, is it practical? Well, it has a large screen, a neverending battery and a reasonable grasp of its user preferences (once you get the hang of the UI), so I’d say yes. It’s also quite brilliant that Huawei bundles the G7 with its own clear case, so should you happen to drop the device, it’s reasonably protected.

As a 5.5-inch device, it’s fairly compact too, so popping the G7 into a pocket isn’t a hefty undertaking (unlike the slightly bigger Samsung Galaxy Note 4, for instance, or its Huawei Mate 7 brother). The screen is also good under bright light, and can be adjusted to not melt your eyes at night too. Overall, we can’t really fault its usability. It’s a great every day workhorse.

But this is where the Huawei G7 really shines. For around R4500, there really isn’t another phone that can hold a candle to it at the moment. Considering the relatively underwhelming Samsung Galaxy A3 and slightly more expensive Samsung Galaxy A5 is in its midst, it’s a massively capable phone with an enormous battery, adequate set of features and looks that won’t be out of place alongside an iPhone.

Verdict: Few mid range phones can set themselves apart from the pack nowadays, and Huawei does an excellent job in this respect. With the large battery, the Huawei G7 outlasts practically any device that doesn’t have a Sony logo on it. While the camera isn’t as great as what we saw on the Mate 7, it’s still adequate. Frankly, everything about this device is solid, and it’s made even more attractive by the price. For what you pay, you get a lot of phone. It’s just a pity that the UI is so awkward. 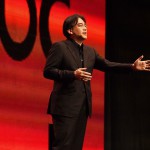