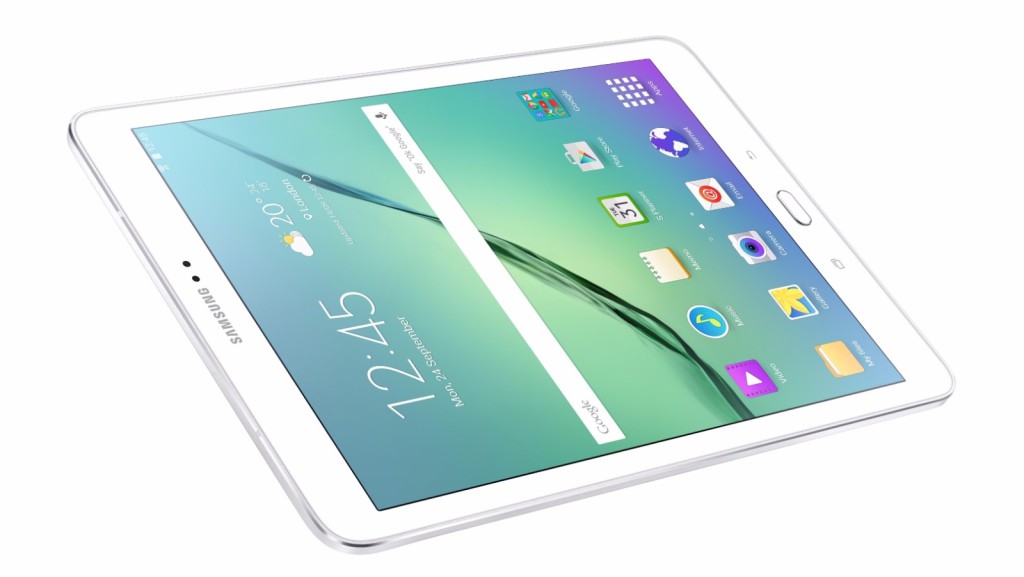 Samsung is screaming through this year launching new devices seemingly every week, and while that’s probably not a bad thing for one of the most prominent device manufacturers in the world, it’s hell for us consumers.

The latest device in its mobile computing arsenal is a tablet — the Samsung Galaxy Tab S2 to be exact — and to carry on its newly launched Samsung Galaxy A8 slimline design, it’s just 5.6mm thin.

While it’s certainly not about to fatten devices up to squeeze more guts inside them, there is a method to the company’s madness. Samsung suggests that the Tab S2 is perfect for “reading and consuming content.”

“By recreating the same viewing experience of browsing through traditional print media, the Galaxy Tab S2 also makes it comfortable to read digital content, including e-books, magazines, webpages and newsfeeds,” Samsung continues in a press release.

“This reading-optimized ratio allows the user to enjoy a seamless reading experience without unnecessary scrolling.”

Many use tablets for more than just the occasional Mills and Boone novel, so Samsung has also crammed some interesting internal hardware behind the 8.0- or 9.7-inch screen options, discounting the fingerprint reader, optional LTE radios and Android Lollipop out of the box.

Both devices boast a 2048×1536 pixel array plastered to a sAMOLED panel with a Samsung-built octa-core Exynos 7 chipset. There’s also 3GB of RAM and at least 32GB of internal storage. Rather interestingly though, Samsung has learned its lesson regarding microSD card slots. Both Samsung Galaxy Tab S2 variants feature a slot that can swallow up to 128GB of cat pictures. 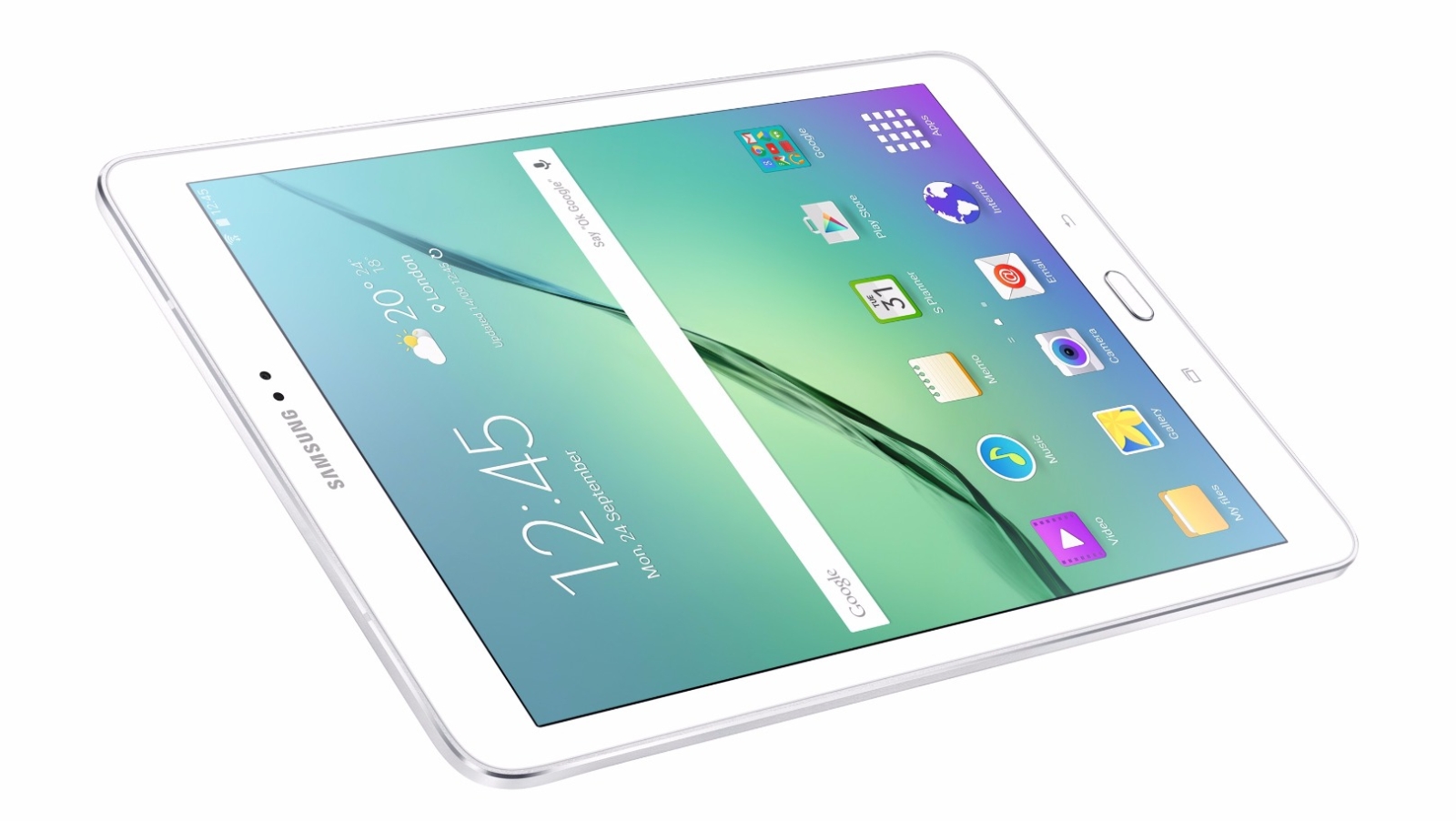 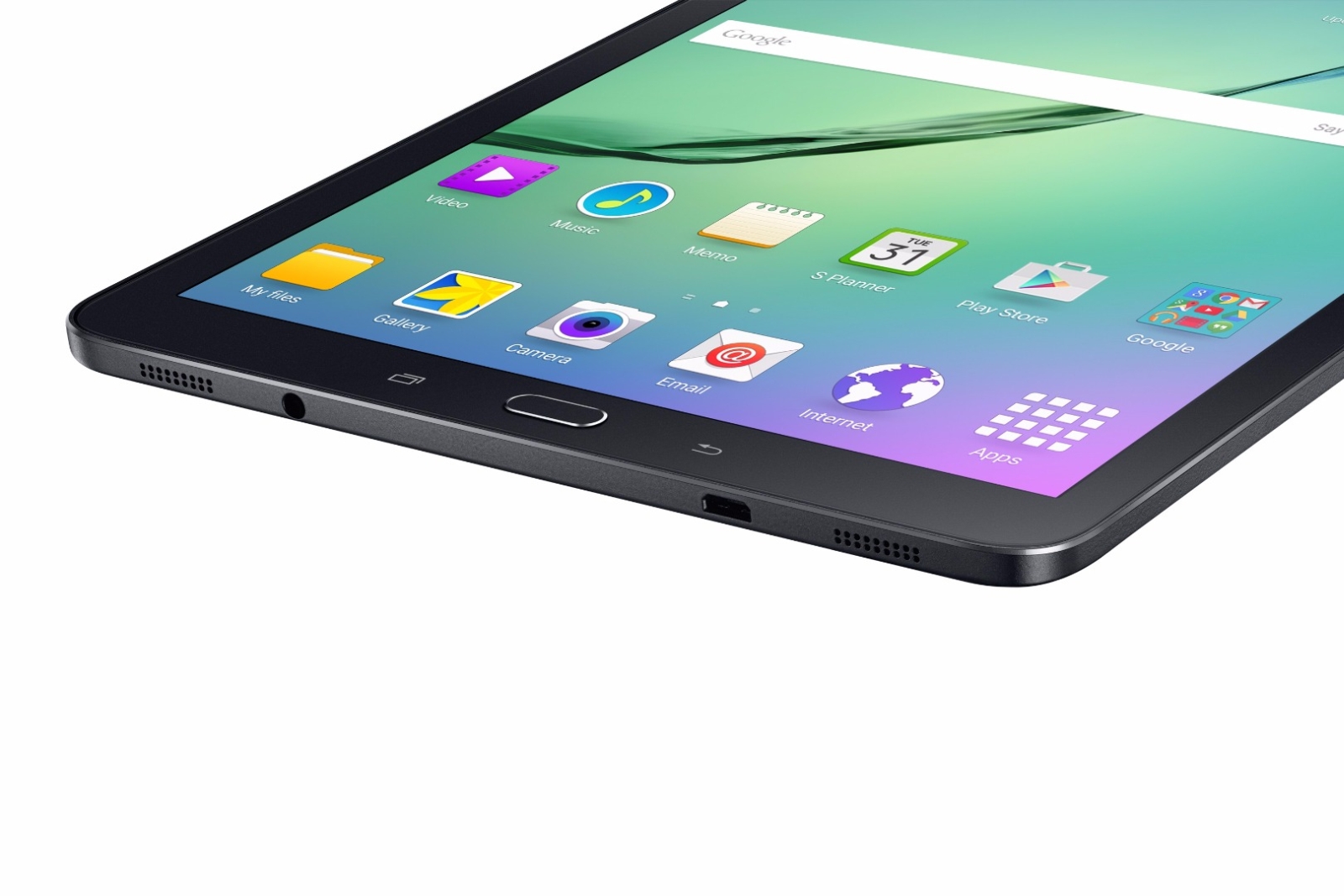 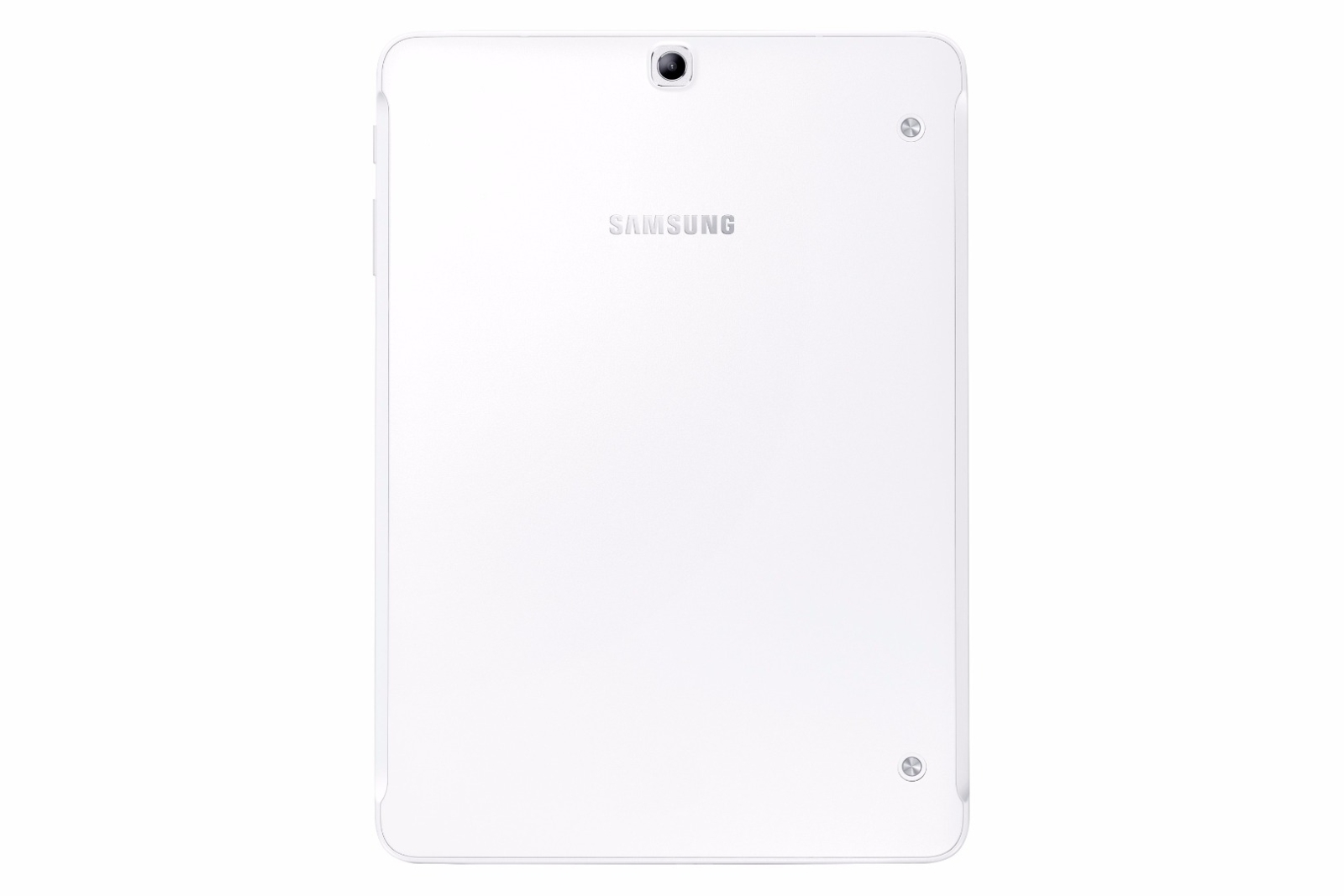 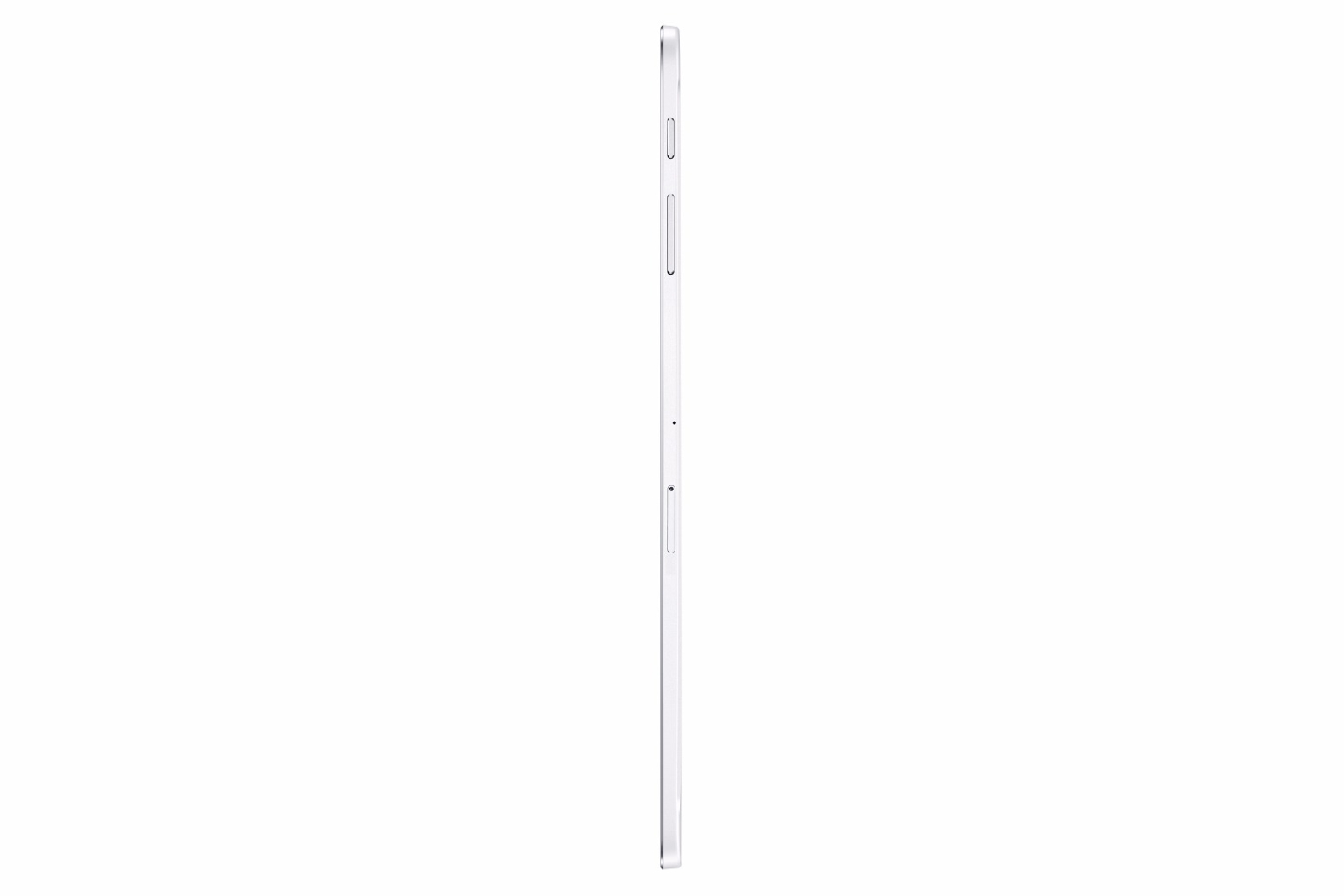 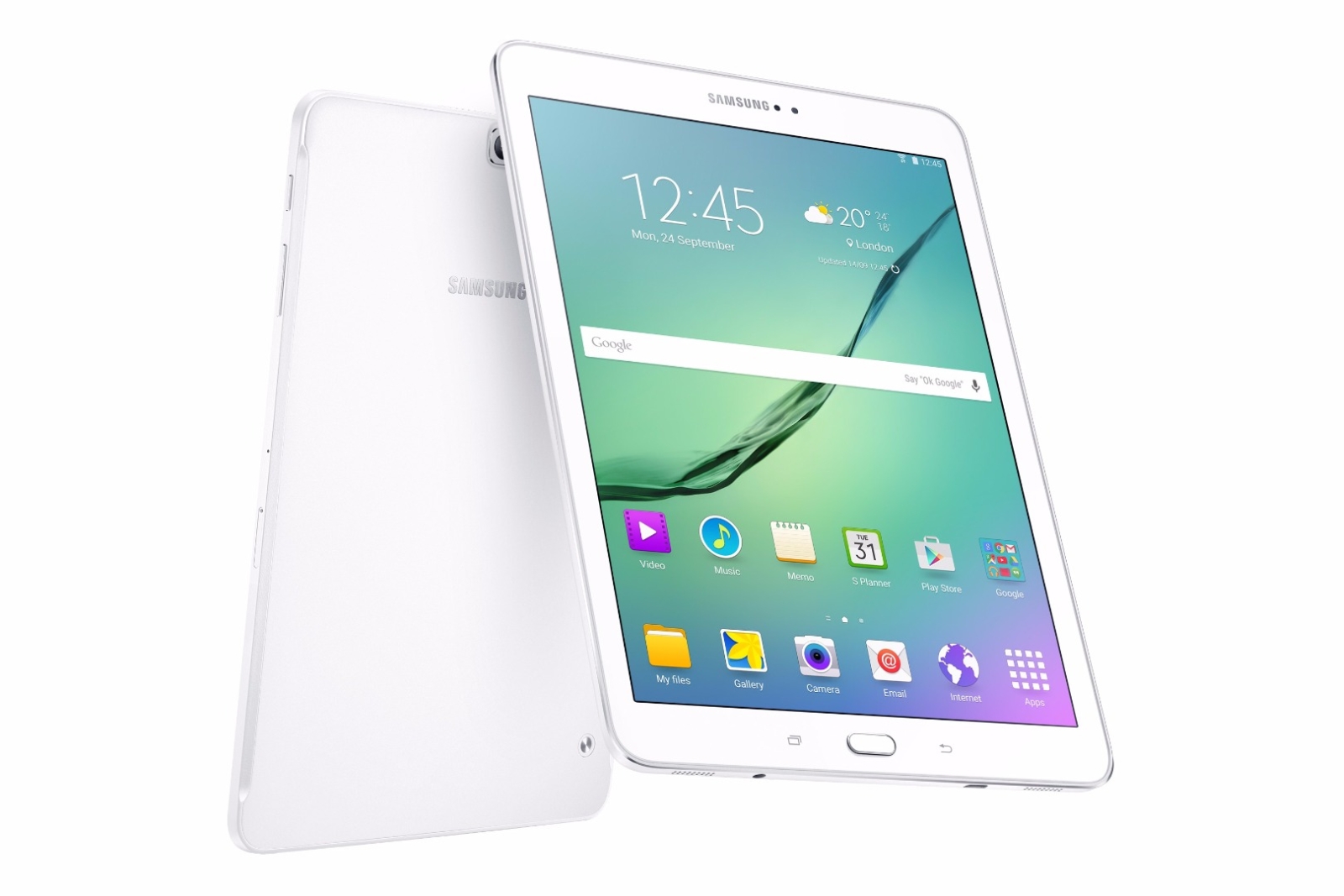 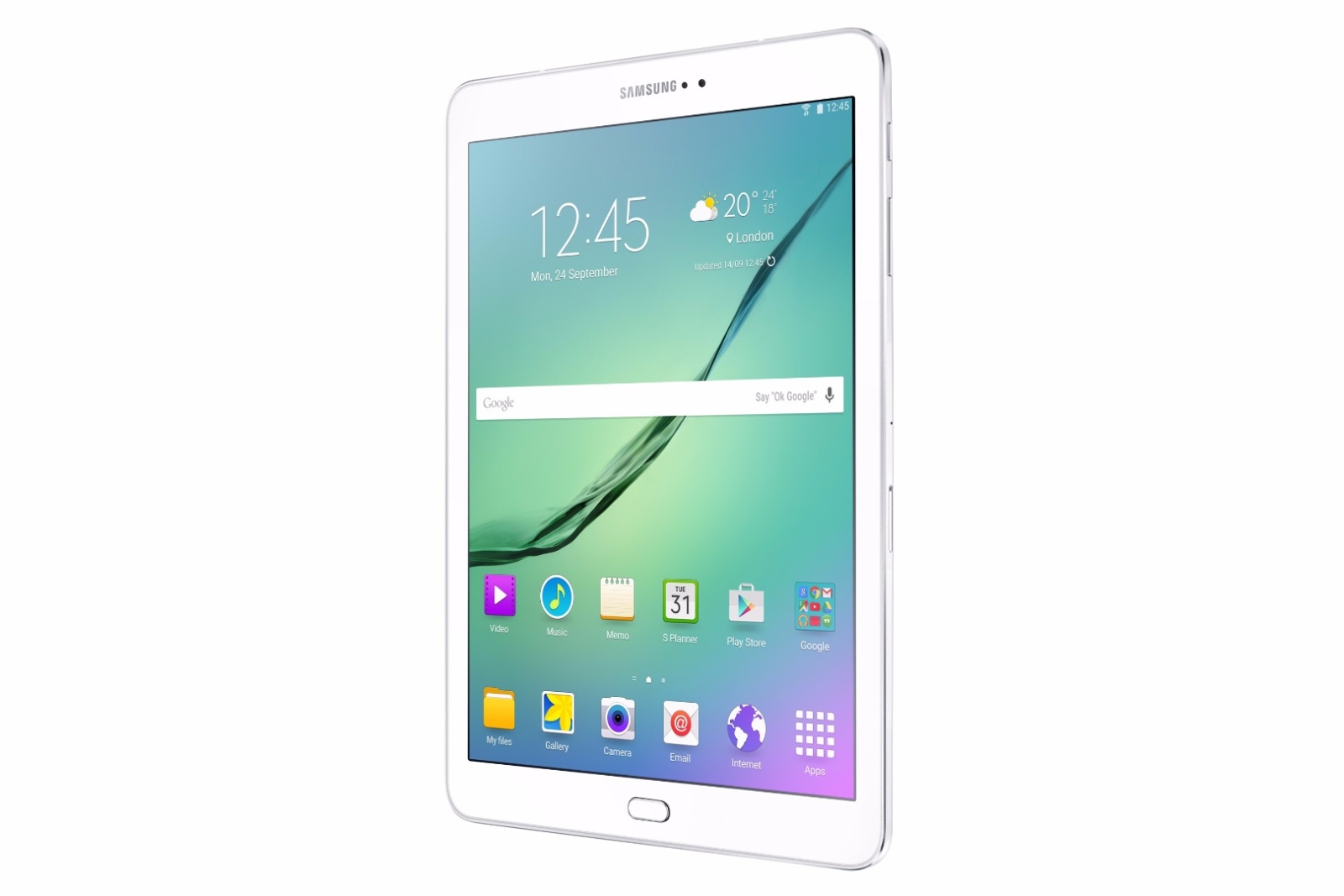 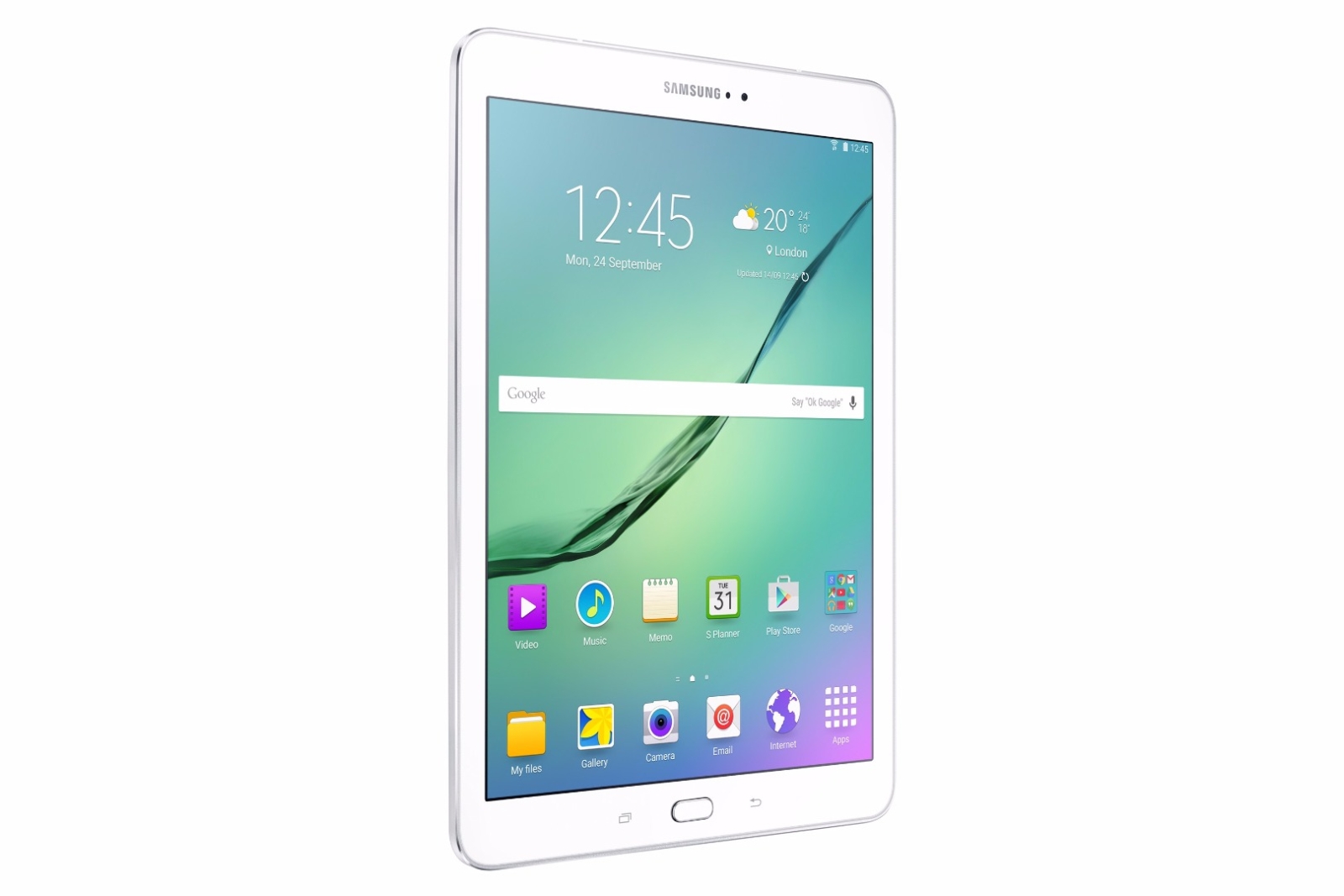 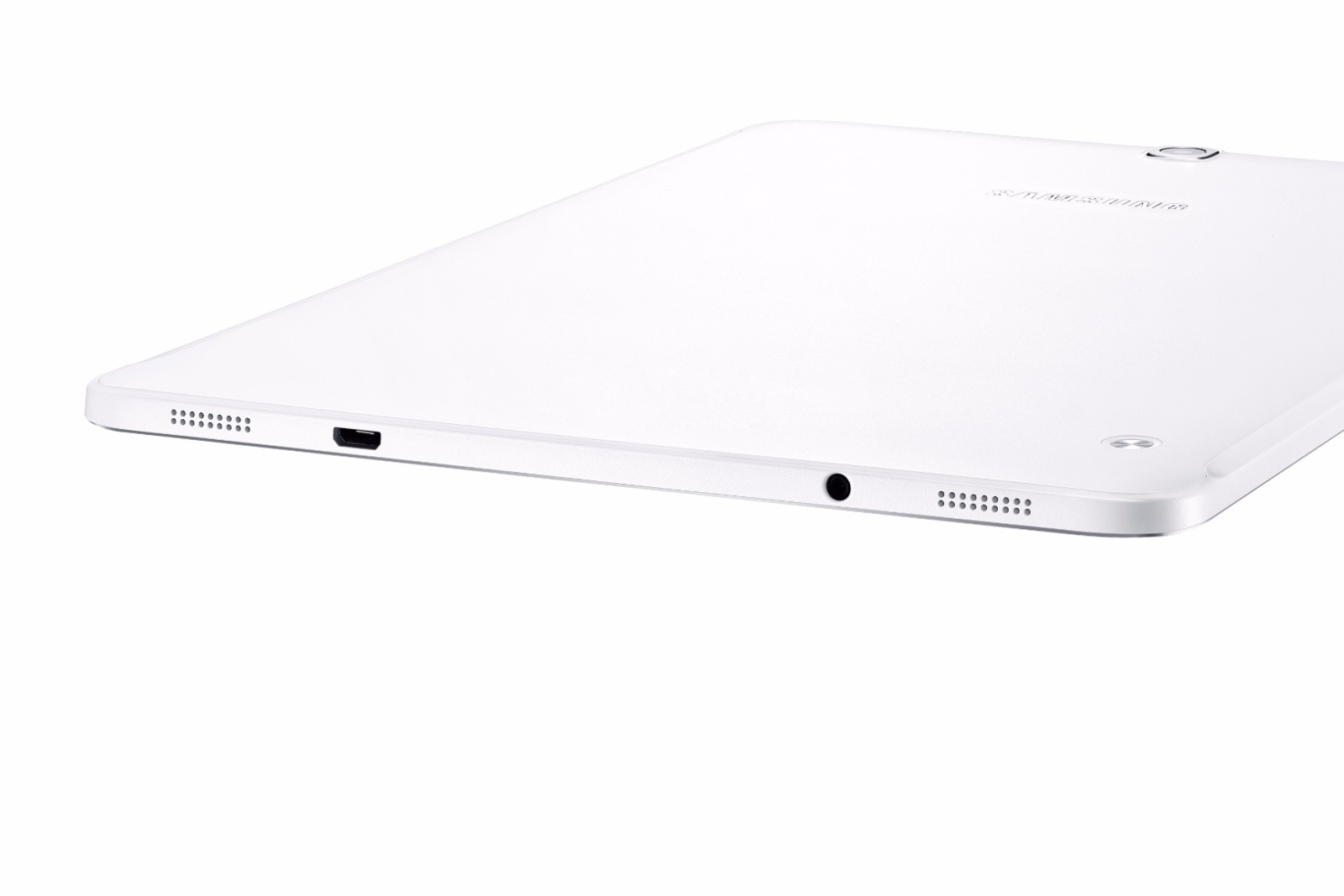 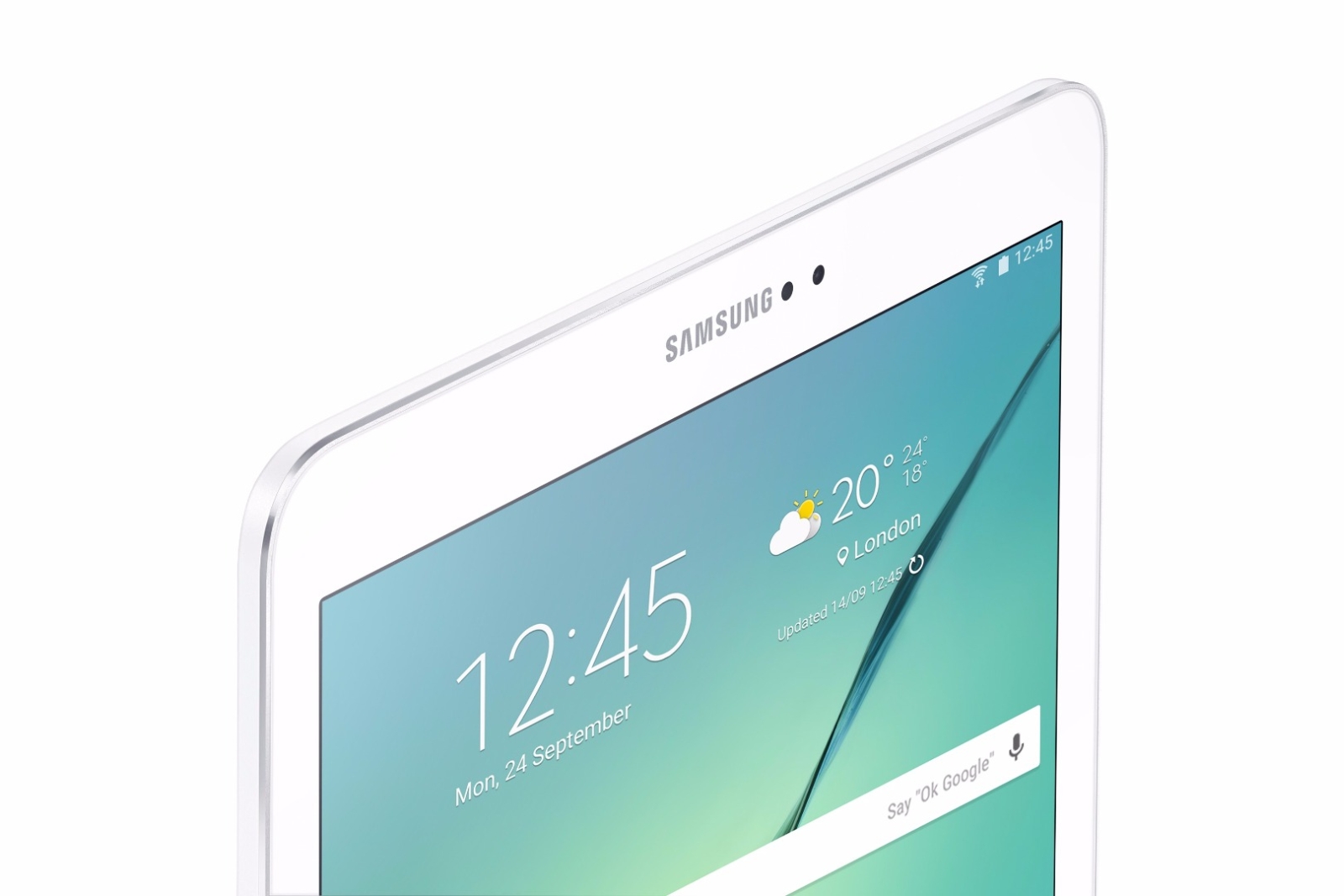 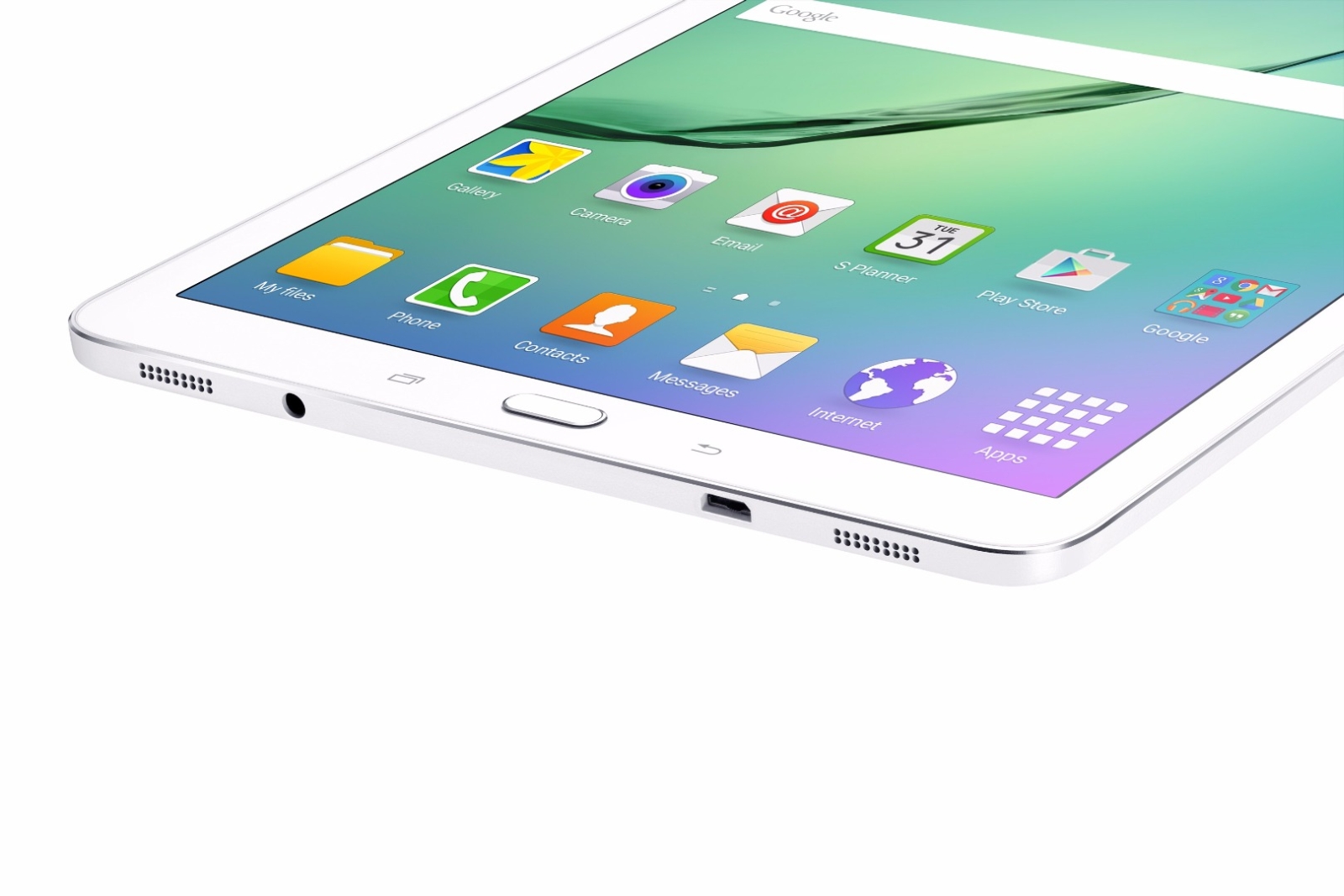 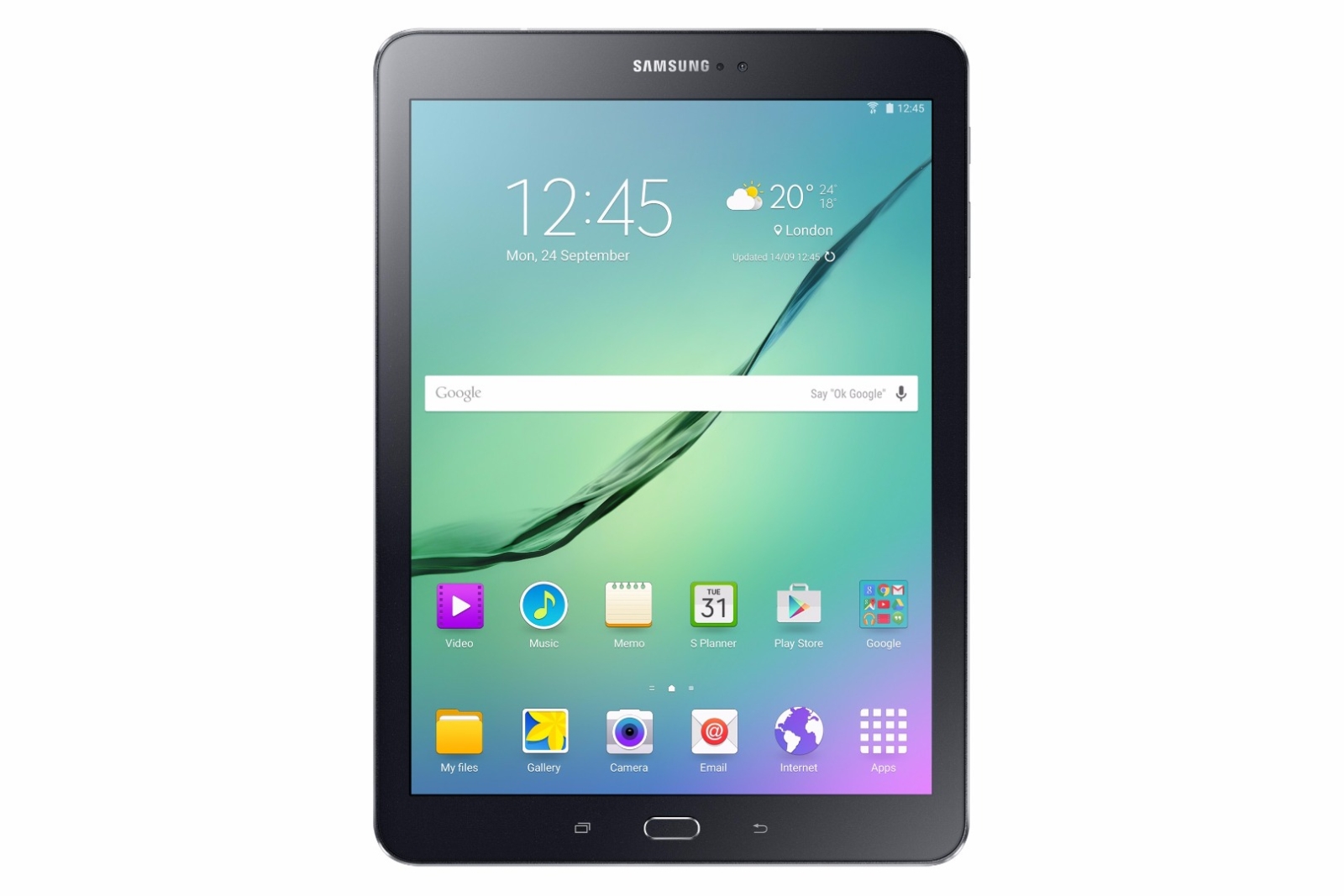 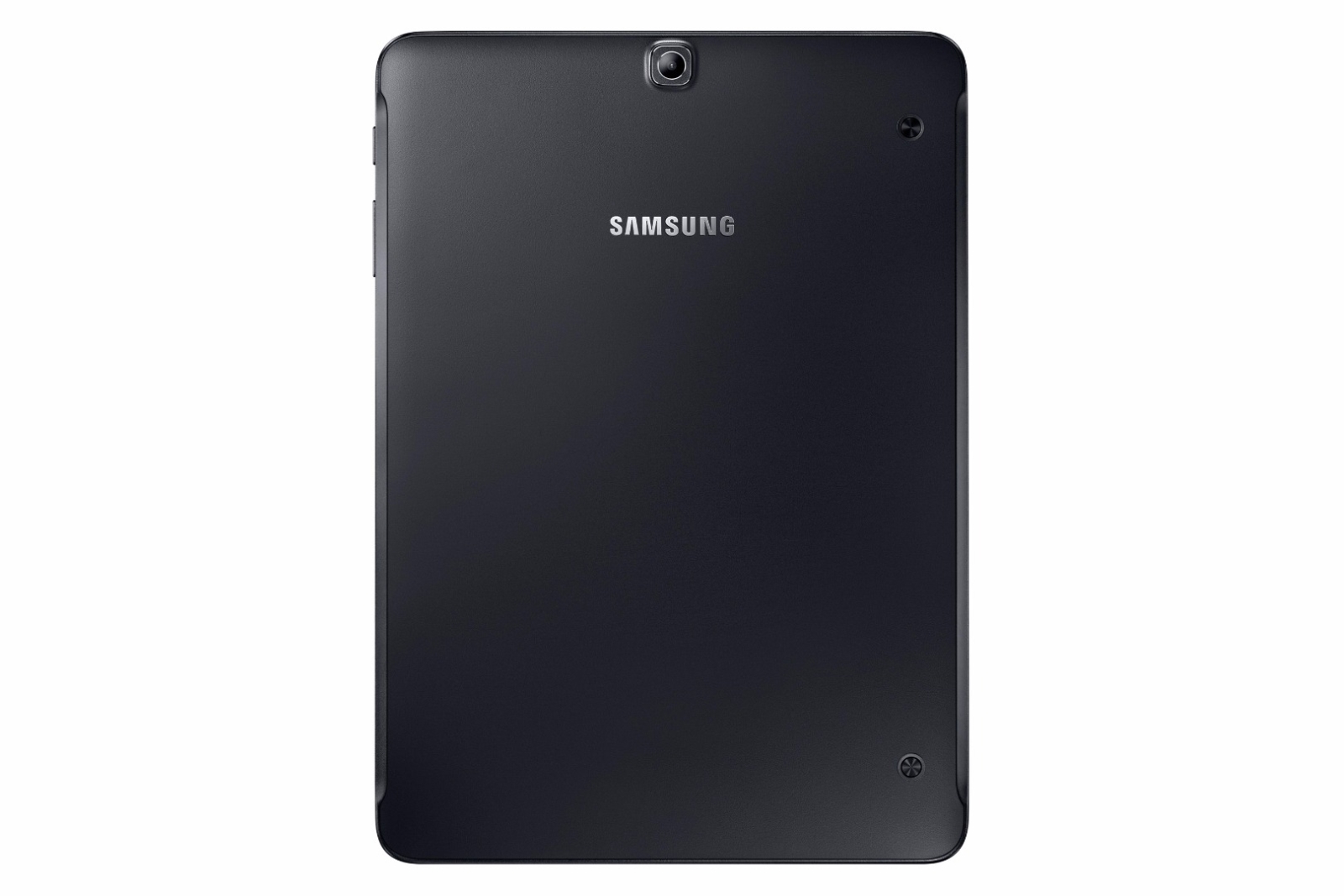 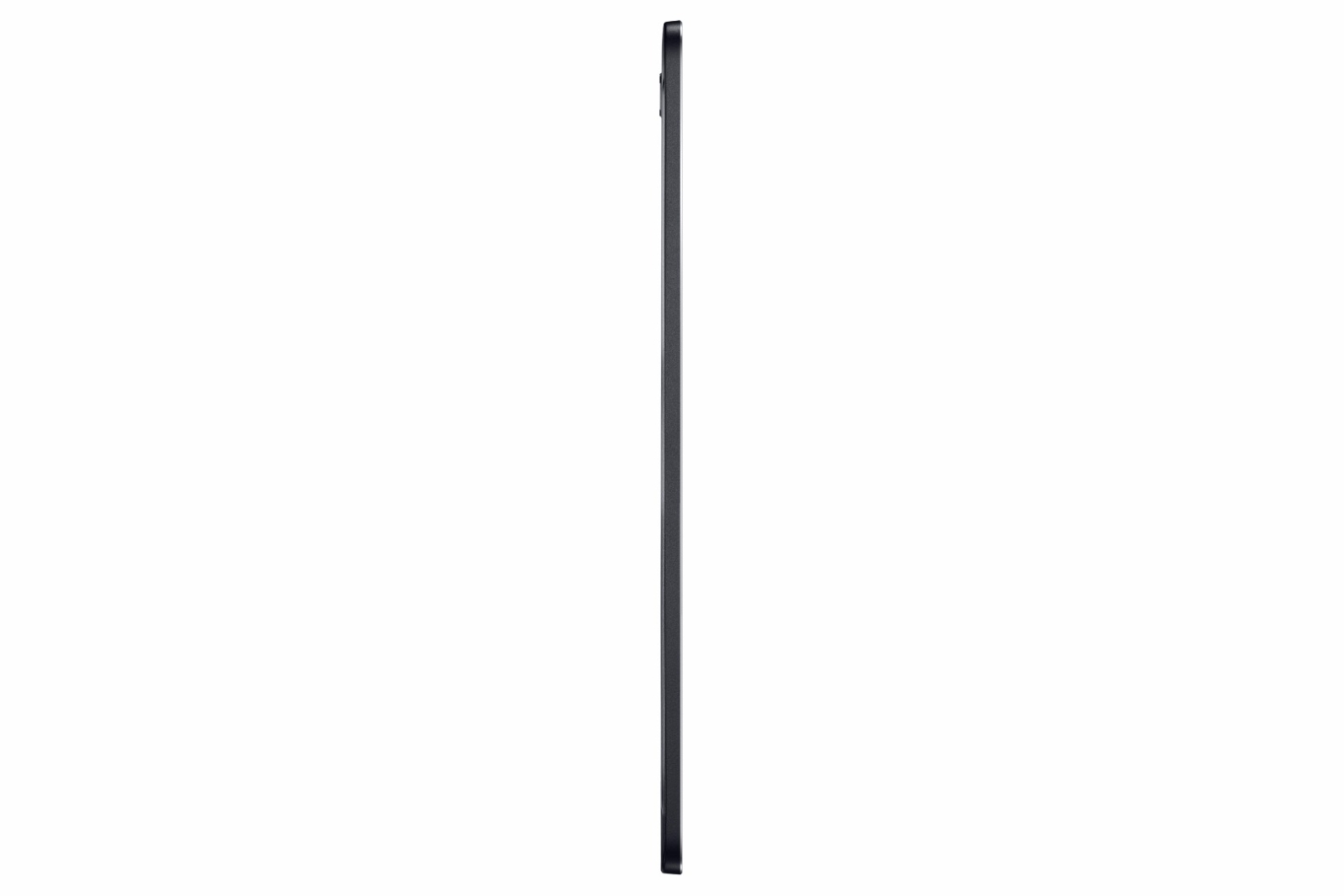 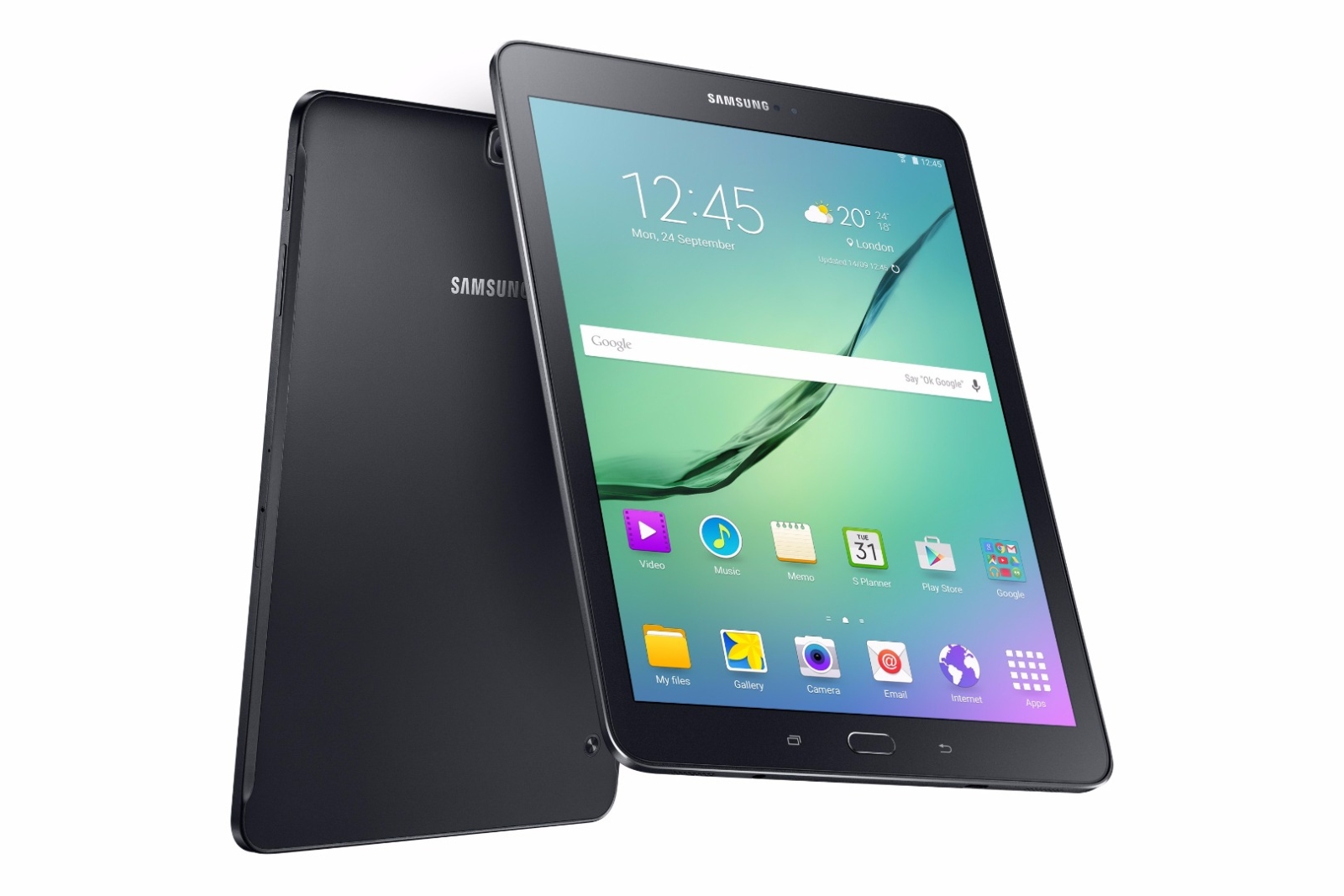 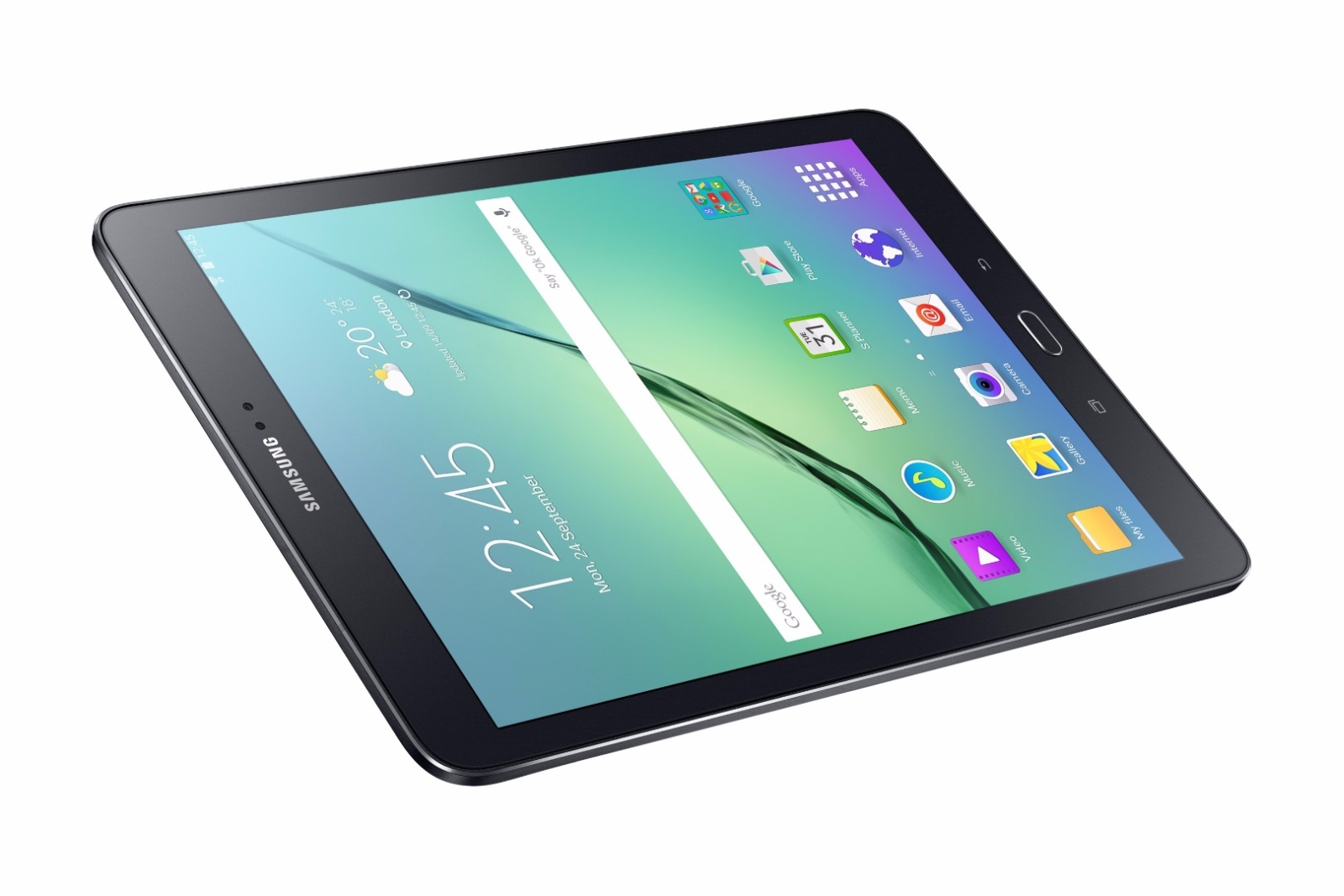 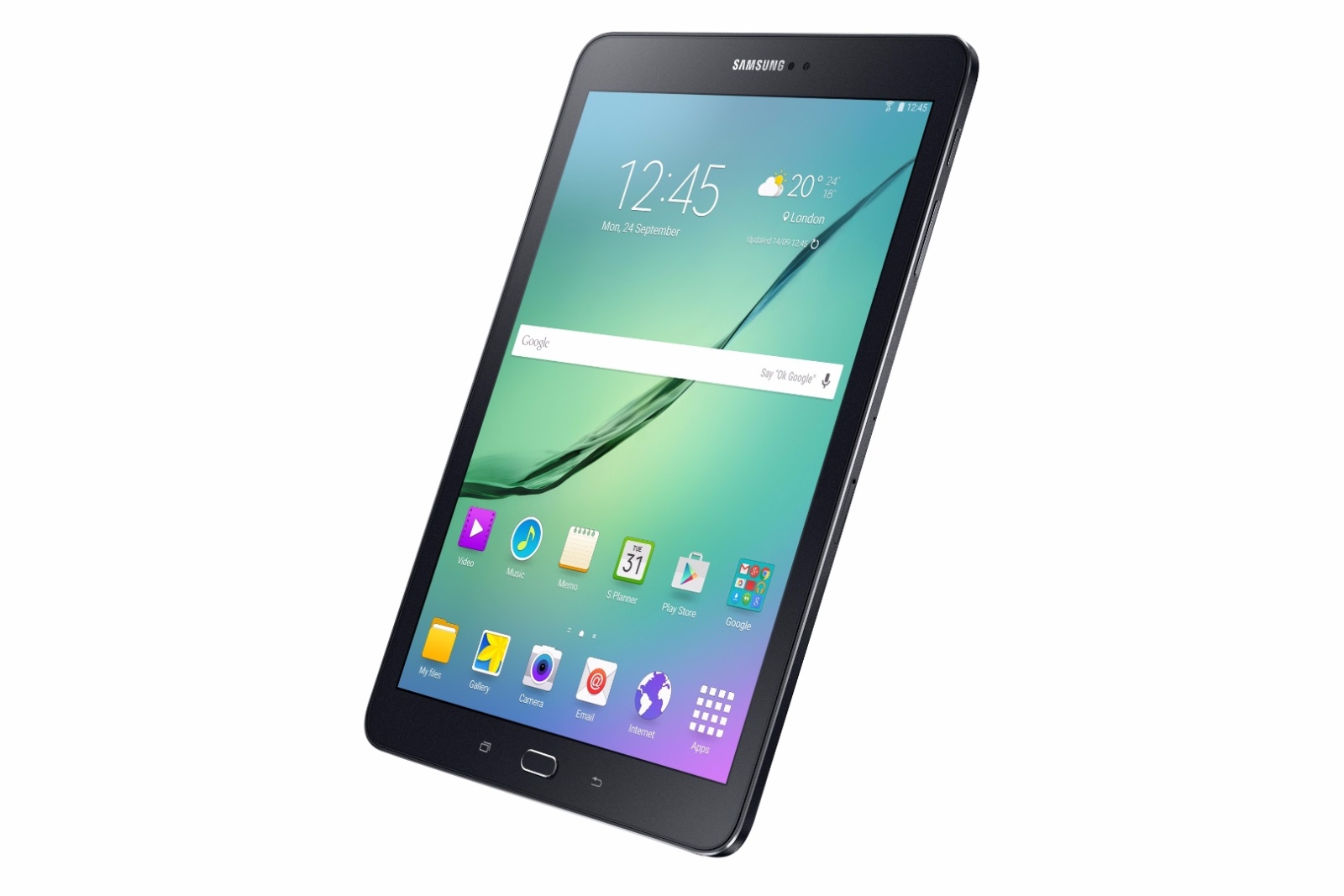 Samsung’s branding this thing as a multimedia content muncher, so it makes complete and utter sense.

You’ll also be able to produce content, thanks to an 8MP snapper at the rear — capable of recording 4K video at 3ofps — and a 2.1MP camera in front for video calling purposes.

What’s more impressive is the weight-to-battery ratio of these devices. The 8.0-inch model weighs in at a featherlight 265g but boasts a 4000mAh battery, while the larger 9.7-inch device weighs 389g but sports a huge 5870mAh reservoir. For a device at just over 5mm thick, that’s impressive.

While clearly an Apple iPad competitor, the Samsung Galaxy Tab S2 will be made available globally “next month” according to Samsung. At the time of writing, there has been no word on pricing, but expect quite a few digits to feature in the final number. 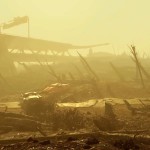