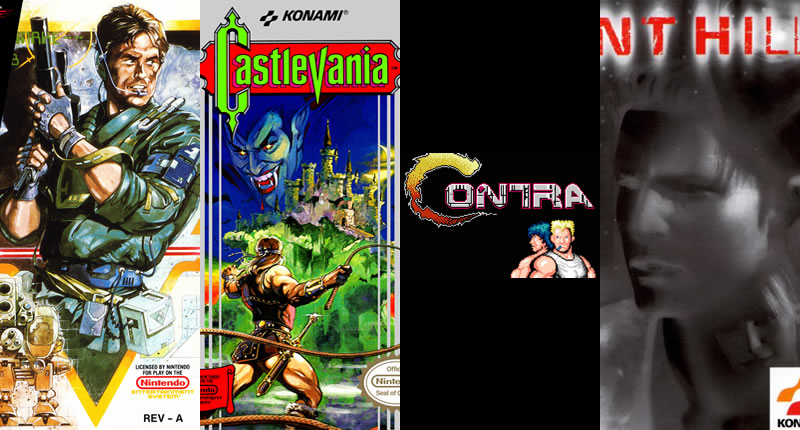 Over the past few months, there has been a lot of buzz around Konami. A giant in the Japanese video gaming industry, the company started restructuring itself and has been slowly changing the Konami we know and love.

It all started with rumours that Hideo Kojima — creator and mind behind the Metal Gear series — had been fired, his studio, Kojima Productions, closed down, and Metal Gear Solid V: The Phantom Pain would be his last game with the company. Well, all of it is true, and not to mention removing Kojima’s name from the MGS V: TPP box art.

Oh Konami, did you think no one would notice?

Besides controversy surrounding The Phantom Pain, Konami cancelled a fairly large title and one that had many gamers excited: Silent Hills. Due to the lacklustre entries the series has received in recent years, fans were excited because it would not only be helmed by Hideo Kojima, but in collaboration with Hollywood film director Guillermo del Toro. In my opinion there hasn’t been a decent Silent Hill since 3 — don’t forget 4 wasn’t even developed as an SH title.

As someone who’s played Konami games since an early age, from the days of bootlegged Nintendo Entertainment Systems with 9999-in-1 cartridges featuring Contra a hundred times over, I am very disappointed in Konami. Yes, I have a beard, yes I still live at home with my mother (though due to extenuating circumstances, and the price of flats in Cape Town!), and yes I’m a male gamer. My whining may fall on deft ears, but I feel it’s needed. If not for anyone else to read then at least for me to vent.

During the PlayStation 1 era the original Resident Evil created the survival horror genre. Okay, it vastly improved upon it. It focused on surviving some sort of fiendish setting – usually with zombies – while trying to escape the location. Capsom’s creation soon spawned multiple copycats and one such ‘copy’ was Silent Hill. Silent Hill takes a different approach to survival horror. The main difference is that instead of virus created zombies in a B-movie horror scenario, Silent Hill went for a psychological setting.

The protagonist, Harry Mason, and daughter, Cheryl, crash their car on the way to Silent Hill. Cheryl disappears and Harry, being the loving father that he is, has to find her. The town is inhabited by monsters, demons, gods and locals with quirky personalities and bizarre conspiracies. It took inspiration from Twin Peaks.

Silent Hill 2 built onto everything the first one did, while taking gamers on one of the most intriguing and psychologically straining tales in video game history. Three was great, but from there the rest started a slow downward spiral.

What has become of Silent Hill? Well it’s still around, and most of the games can be purchased digitally, but that’s not the answer you want. Last year, Konami released a frightening Silent Hills playable demo, entitle P.T., or Playable Teaser. Even though it wasn’t a real representation of the product, fans and critics alike praised it. All were positive about the progress on Silent Hills.

Silent Hill, in all its monstrous and murderous glory, has become a pachinko machine. For those of you who don’t know what that is, it’s a Japanese gambling machine. The once king of the ‘psychological horror’ franchise has been reduced to nothing more than a slot machine. Why? Konami has decided to shift all of their efforts away from AAA console and PC titles. Their new structure caters to gambling and mobile games. It won’t be long before we see a Silent Hill freemium game. “Would you like Pyramid Head to keep chasing you? Please purchase an additional Spooky Gems Pack for US$9.99 to continue.”

Words escape me when I think about the somewhat ‘death’ of a beloved games company. I believe Obi-Wan Kenobi put it well in Star Wars Episode IV: A New Hope: “I felt a great disturbance in the Force, as if millions of voices suddenly cried out in terror and were suddenly silenced. I fear something terrible has happened.”

Putting personal feelings aside for an entity I never interact with, or probably doesn’t even know I’m alive, can I really fault them for this? They are a company and all companies require profit in order to function. Metal Gear Solid V: The Phantom Pain — before marketing costs — cost an estimated US$80-million to produce. It’s not quite on par with Destiny’s US$500-million, but that’s still a large chunk of change.

It’s a pity the current game development trend is leaning towards cheap mobile games, due to the  outrageous prices of developing AAA titles. As we’ve seen with Konami, companies have a better Return on Interest (ROI) with mobile’s relatively low dev costs. Then again if you’re Square Enix, you’re re-packaging old games and charging AAA prices for them on the Apple App Store.

I guess it’s just the way in which all of this has been done. The company gave little to no warning and just started cancelling and changing things left right and centre. Those who play games or call themselves ‘hardcore gamers’ [this is a debate for another time] are a passionate bunch, which means silence never goes over well with them.

I leave you dear reader with these lyrics from Rodriguez’s “Forget it,” which I think apply to this topic:

But thanks for your time
Then you can thank me for mine
And after that’s said
Forget it. 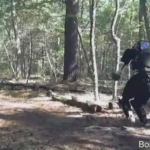