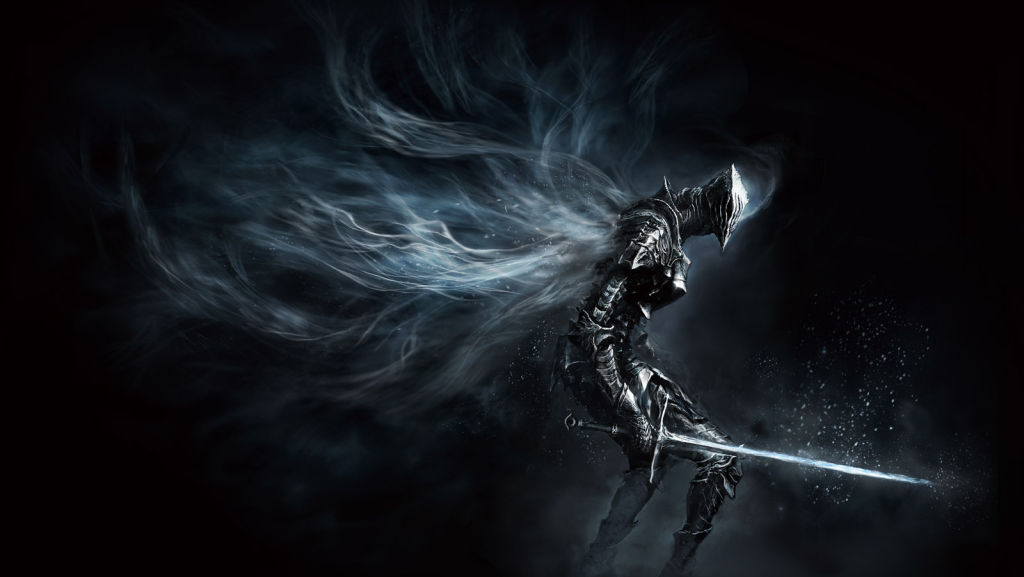 Praised by the critics, passionately devoured by die-hard fans, the Dark Souls franchise created by Hidetaka Miyazaki, is not for amateurs. Drawing inspiration from classic dark fantasy, these role playing games (RPGs) filled with swords, magic, dragons and monsters, are notoriously methodical, which means the Souls game experience is less of a dash and more of a slow, deliberate challenge.

Called “a video games visionary” and a man who creates games that are “punishingly difficult“, Miyazaki’s games often take time and effort to reveal their magical wonder.

The first installment of the franchise Demon’s Souls was released in 2009, followed by Dark Souls appearing in 2011, with Dark Souls II following three years later. Dark Souls III is scheduled for release in 2016. I’d go as far as saying that these games are feared by casual gamers because of the series’ notorious difficulty, largely because the gameplay isn’t as accessible as other titles available. In Miyazaki’s world, there’s no hand-holding, nothing is over-explained (quite often certain mechanics aren’t explained at all), the game isn’t forgiving, and forget about the prevalence of the autosave.

Given the unique nature of his games, Miyazaki’s particular genius, and his reluctance to give interviews. It’s a big event when the president of From Software reveals a new game is on the horizon. Unsurprisingly, the announcement of Dark Souls III on the 15 June was greeted with the typical level of excitement from both the crowd and the internet.

Miyazaki rose from relative obscurity and never had any substantial experience in game development before taking control of his first major project, but within ten years of arriving on the scene, he moved from programmer to president of From Software on the back of three critically acclaimed games that he’d creatively directed. And he knows he’s good. Here’s Miyazaki’s own words on his skills as a game designer: “I couldn’t make a bad game if I tried.”

After appearing in 2009, Demon’s Souls became something of a hidden gem because games like Call of Duty: Modern Warfare 2, Uncharted 2: Among Thieves and Assassin’s Creed 2, were released that same year to grab all the glory. Demon’s Souls was critically adored thanks to aspects such as its clever design, the game’s ability to be replayed many times over, its unforgiving gameplay and innovative online mechanics. Despite this, this premier in the Souls franchise wasn’t a big seller.

Miyazaki achieved commercial success in 2011 with Dark Souls, which increased the franchise’s popularity. This game didn’t differ all that much from Demon’s Souls, and was seen as a spiritual successor wrapped up in a more polished coating than its obscure predecessor. The game developed such a strong following that there are fans such as VaatiVidya that earn a living by making Dark Souls videos and nothing else.

In 2014 Dark Souls II was released, but without Miyazaki at the creative helm, which was later explained to be because he was directing Bloodborne and could not be so involved with two projects simultaneously. This game was a commercial and critical success, just like its predecessor, but some of the shine was tarnished. Die hard fans felt that Dark Souls II didn’t fully live up to the experience of its predecessors.

Miyazaki’s alternative title was Bloodborne, a game that featured gameplay similar to the Souls’ style but differs in several areas. Bloodborne adopted a Lovecraftian horror aesthetic (cue werewolves and tentacled monstrosities) while retaining the calculated play that Miyazaki is celebrated for.

Needless to say Bloodborne was a critical and commercial success. But Bloodborne bucked the longer development timelines of the Souls’ series in that it was released only a year after the previous game. On the heels of this news, the revelation that Dark Souls III is set to be released in 2016, which is a year after Bloodborne’s release.

The shorter development time frames have caused fans to fear that Dark Souls is becoming an annualised franchise, and that the quality of the experience will be tarnished. This fear has been echoed by a number of prominent and not prominent voices in the gaming fraternity.

Miyazaki will be back to head up development of Dark Souls III but annualised games like Assassin’s Creed and the Call of Duty series clearly illustrate that game studios that pump out new iterations each year eventually lose steam and run out of ideas.

This is because of the restraints of technology and humans inability to innovate on demand. Eventually the annual franchises spew out games that look all too similar year in and year out. But panic aside, Dark Souls 3 looks to be full of ideas, judging by the well received demo on display at Gamescom 2015, so there’s been no noticeable dip in the quality of this franchise yet.

But is Miyazaki spreading himself thin, given he’s hard at work on downloadable content for Bloodborne too? He has assured fans he’s obsessed with quality. But will he be able to deliver this on a more high pressured time frame? Will Hidetaka Miyazaki continue to create stand-apart masterpieces, which will see his fans celebrate his genius, because he’s been able to develop and maintain an enviable reputation for distinctive quality? Or will an annualised franchise mean that Miyazaki will eventually start running out of ideas?

Only time, and the release of Dark Souls III, will tell.