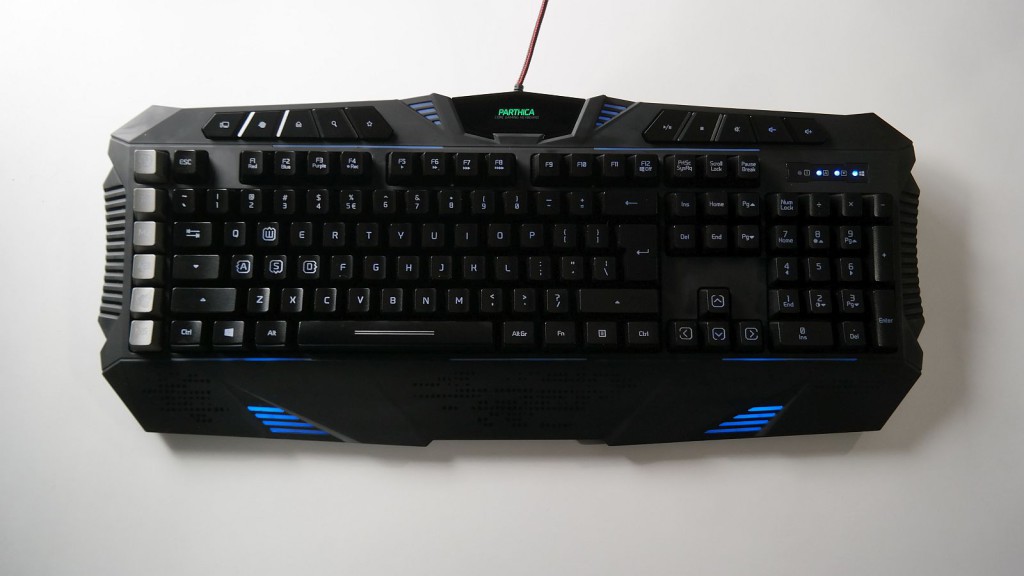 We’ve had the privilege of using some of the best gaming keyboards these past few years, from the likes of Logitech, Razer and Corsair to mention but a gaggle. But where the real furious market scrap occurs is the budget category.

Let’s face it: gamers love a good deal, and some can’t exactly spend R3000 and change on a piece of sophisticated plastic with magic switches beneath. So when pondering a budget gaming keyboard, two things come to mind: utility and comfort.

The Speedlink Parthica Core, while boasting a fairly decent set of accurate switches, also demonstrates both of the qualities above.

I won’t say that it’s a pretty keyboard, because its not, but it will definitely stir up two distinct groups: those who love the design, and those who don’t. For me, it’s a little flash and overstated, with Speedlink thinking about making more noise than what’s necessary. I do thoroughly enjoy the large palm rest, the full sized, and nicely spread QWERTY array and the long, braided cable. What I don’t fancy are the weak backlit keys and the clunky placement of the dedicated keys on the far left hand side.

Another annoyance is the ease at which my pinkie grazed the CAPSLOCK key, and spun me into a mild frenzy each time. It’s horribly annoying whilst typing, but to be fair, you aren’t exactly going to be using this device as an office dominator. Where Speedlink does excel are the smaller details. The switches are not mechanical in the true sense of the world, but they feel exact and require just the right amount of force to activate. I often find that although Cherry MX keys are beautifully tactile, they’re a little too easy to depress accidentally.

I quite enjoyed Speedlink’s selection of media keys above each flank of the board, with the File Explorer, browser, search, mail and favourites menus all catered for. While I only used one — the file explorer — for Windows 8 users, it will be much easier just mashing a button rather than hunting for the Firefox or Chrome icon in that horrid Start Screen.

On the right hand side, we get a full set of media keys, which are nice to use in-game. Volume, mute, play/pause and stop are all available and should work with most media players. It played nicely with foobar2000, so I see no reason why others should refuse its commands.

As I noted earlier, this isn’t something you’d necessarily purchase for office use (unless you’re allowed to game in your office, like we are), but it will do just fine as a daily driver.

The board takes a while to get used to, but once the travel, key size and locations are known, it’s fairly easy to touch type along just fine on this thing. The Speedlink Parthica Core is just fine for the angle of my wrists too, but others in the office have complained that it’s just too low. That’s a common issue with those who game a lot, so longer feet wouldn’t go amiss.

Finally, gaming performance. How does the Parthica do at what it’s made to do? Well, it performs avidly, frankly. I can’t see any reason why you’ll hate this board if you’re using the directional keys, and the WASD array. Although the WASD keys are the same colour as the rest of the keyboard, they do feature bordered letters. I would’ve liked to see them a gallant silver hue like the programmable buttons, but clearly Speedlink didn’t bring that up at an important meeting.

And speaking of those programmable buttons, I hated them.

Why the hell are they so far from traditional hotkey locations? There’s a selection of five, but if you’re interested in using any one of them, you’ll need to stretch your primary hand away from the WASD keys to get there. I’m not a fan.

Perhaps this will appease left-handed gamers, which will be a first, but I didn’t appreciate it.

What software? Okay, sure, Speedlink does include a disc in the box with drivers for Windows PCs, but installing it doesn’t exactly do much on Windows 8 and above. Others the the office noticed an issue with Windows 10, where the software would install and start up normally, but wouldn’t let users tinker with the keyboard backlighting. Useless.

And it gets worse. I couldn’t access Speedlink’s driver page either, and this is on a completely clean install of Microsoft Edge, arguably the Mr. Handy of web browsers.

It’s extremely disappointing, and doesn’t shed Speedlink in a good light. Graham has noticed this software issue with the Speedlink Decus gaming mouse too. Please address the issue Speedlink.

Nevertheless, the software itself is lightweight and while confusing at first, it’s fairly easy to get the hang of. Within it, users can adjust the M buttons’ profiles and choose up to five different keyboard-wide profiles. That should suffice for even the most finicky gamer.

Although I did spend a good few paragraphs bitching about it’s flaws, the Speedlink Parthica isn’t a bad keyboard for the price. Software can be mended, but bad hardware is bad for life.

What we can say is that the Speedlink Parthica, at least at its price of R579, is a solid choice that’ll keep up with regular gamers. If you’re a 24-hour button masher, stave clear and go for something that’ll perhaps offer stockier customer support structures and better software.

Verdict: Thanks to its crummy software, the Speedlink Parthica Core wasn’t the most cooperative of keyboards, but for what it’s worth, we can’t think of a better buy. It features great keys with a pleasing tactility, a generous array of well-spaced keys and a number of additional programmable, value-added caps. Just don’t purchase this board if you’re easily annoyed by driver support or dislike its rather striking physical design. 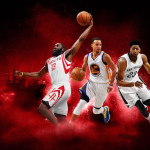