By Andy Walker, former editor
Read next10 iPhone 6S features to get excited about 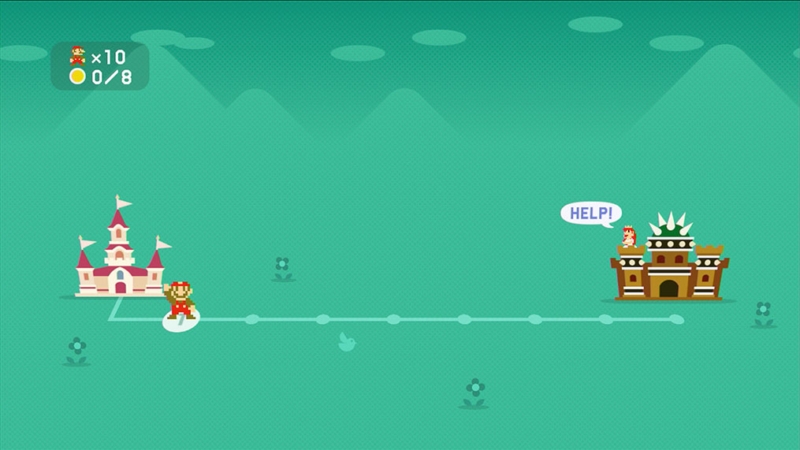 “How on earth do you review a game like this?” I asked myself one lonely and bored Saturday night while waiting patiently for it to download.

To be quite frank, Super Mario Maker is yet another Mario game from that Japanese gaming company Nintendo. That’s over 80 titles now (I didn’t bother to meticulously count) featuring the little dungaree-clad Italian plumber, which is quite remarkable. Can you think of another character in gaming that has spanned nearly ten consoles? Nope, neither can I.

Of course, it’s easy to get nostalgic very quickly and taint the objective review approach completely. After all it’s Nintendo’s Mario, so there shouldn’t really be a title easier to wax lyrical about than this. But one has to ask, when are too many Mario games too many Mario games?

We understand that the game’s launch coincides with Mario’s 30th birthday, and made even more poignant considering that long-term Nintendo president, Satoru Iwata, passed away before the game really came to fruition. But we can’t help but feel if any other company relaunched a classic title again, and again, and again, it wouldn’t exactly excite its fans.

So, what should we be asking about Super Mario Maker?

Can we view it as a reverential hat tip to the company’s most successful franchise? Is it a game for the Nintendo groupies of yesteryear? Is it a title to win over new fans with an age-old story and set of platforming mechanics? Is it Nintendo completely losing all creativity, gall, and self-respect, relaunching titles that have been relaunched so many times before? Or, is Super Mario Maker the Nintendo Wii U‘s swansong, the final hooray that will be the cherry atop a disappointing tenure?

And that’s just skimming the surface. Even though the Mario series relies on the most simple mechanics and set of premises in gaming (stay alive and don’t be stupid), the games themselves are deep and intricate, and that’s made even more clear with Super Mario Maker.

And if you don’t fancy reading this entire review, here’s a spoiler: what’s also clear from the get go is that Super Mario Maker stands alongside Splatoon as the company’s best title of the year.

Level creator games aren’t fun. They’re tedious, because if there’s something a gamer doesn’t want to do its build said game before playing it. But when fuelled by nostalgia and your five-year-old inner self, it’s a dream come true.

Surprisingly, it’s the console that makes this game feel whole as well, especially when viewed from the level design front.

The maligned Wii U GamePad and its touchscreen are integral to the game. We can’t imagine that Super Mario Maker would’ve worked at all on any other Nintendo platform, not even the 3DS XL. It sure as hell wouldn’t have worked on the Wii either, so, rather ironically, it’s the Wii U’s terrible controller that makes this game extremely playable.

Speaking of tweaking, players can botch, improve, or completely change levels in the base games or levels crafted by others. This means fooling around with bricks, coins, Koopas, Piranha Plants, Dry Bones and practically any other Mario enemy or utility you can think of. The level designer portion of the game is also fairly simple, and includes a live play option, which lets you play the level as you build. Tapping the touchscreen and moving various elements around is pretty fun, to an extent.

Another brilliant aspect is that anyone, even the family dog, could build a level. It’s that simple. For more experienced gamers who just want to get on with it, this isn’t the most fun you’ll have on a Saturday night.

As impatience excessively, and naturally flows through my veins, I didn’t spend hours (like some) tweaking worlds, positioning every Lakitu’s Cloud in the sky, or Fire Flower in respective blocks. The freedom to do whatever the hell you want is novel though. And if you’ve ever played a Mario game in your tweens and wanted to change it somehow, Super Mario Maker is your chance.

Social gaming without the social

When you’re done building the Mario level of almost certain death, you can upload it to the Course World. Here, you’ll find an insane number of levels from Wii U creators across the world. Now the fun begins.

Course World is the heart and soul of the title, giving practically everyone connected to the Nintendo Network a chance to experience each of the four games in a different way each time. It sounds incoherent, and generally it is, but Nintendo has a cunning plan.

Designer Yoshitaka Yamashita was smart enough to tie the chaos together with two distinct gameplay modes based on a predetermined number of lives available. There’s a choice between 10 and 100, with the former requiring you defeat eight levels and the latter, 100.

If it sounds daunting, that’s because it is.

If you happen to lose lives along the journey you can recover up to three at the end of a completed level. Comforting but necessary. Some level designers in this game clearly never want anyone to succeed, ever. Nevertheless, each level has its challenge and reward, and a different one each time, so the game’s always fresh.

Playing through each level also allows you to favourite and comment on each. Fancy praising the creator whose level you just bolted through in a feverish sweat? Let them know. Thanks to the respect many Nintendo fans have for Mario, there seems to be a lack of trolls as well.

Complete the 100 lives version of the title, and you unlock special outfits and goodies in the game, but patience is necessary.

It has been a long time that I’ve stressed excessively about a game that has as much bearing on my life as a groundhog on a prairie, but it has been sorely missed. Bloodborne was the only other title this year that had me in nervous stitches, and was made by From Software for that exact reason.

Super Mario Maker isn’t scary, and intrinsically isn’t supposed to be difficult, but it reduces gaming to its essence. That’s precise timing, real-time problem solving, guile and judgement. It’s a vicious concoction, but get it right and you’re filled with this wave of dopamine each and every time.

It’s a pity that you can’t play through each untouched game from start to finish too, but we’re not too sure Nintendo would feel comfortable about handing out four titles like that for the price of one. Especially classic titles.

Princess Peach is always in another castle

While some titles have predetermined start and end points, Super Mario Maker is an infinite loop of fan-supplied levels and ideas and remakes of old classics. In a sense, Nintendo had absolutely nothing to do with this game. Instead, it’s the players that control its future and what other gamers are doing within it. And that is the most brilliant aspect.

Super Mario Maker shouldn’t really be viewed as one game either, because it’s not.

Thanks to the four games you encounter in the title, as well as the creation aspect, it feels a lot like a bundle. It’s not a game I could spend hours and hours playing, but for hardcore Mario fans, it can’t really get much better than this.

So, let’s get back to those set of questions I asked earlier.

So, what is Super Mario Maker?

Simple. It’s a gamer’s game in every sense of the term.

It’s definitely for the groupies, but it’s more than just that. It’s a gateway into Nintendo’s history, it’s a practical for any budding game designer, and it’s a window into Shigeru Miyamoto’s brilliant mind in a period that defined platformers for decades to come.

It’s a cheap trick to re-release a title with the same characters, but Nintendo has become so good at it that it doesn’t feel like a re-release at all. Actually, calling this game a re-release isn’t doing it justice. It’s a brilliant little game creator, with a social, ever-fresh, ever changing aspect that always keeps you on your toes.

And what’s even better? Regardless of who plays it, it’s challenging and fun.

If anything, it takes some degree of creativity to revive old titles like this, and as for the Wii U, well, don’t toss it into the trash just yet. There’s some life in the old girl yet.

Verdict: 30 years on, and Mario is still going strong. It’s an incredible story of how one tiny 8-bit character transformed gaming and game design in the mid-eighties for years to come. Super Mario Maker is a self-reflective hat tip to the past, and a smile to Mario fans across the gaming world. And although it technically is a re-release bundle, it doesn’t feel like a cash cow, but is filled with soul. It challenges, surprises and entertains thanks to its social aspect and more importantly, it’s a title that anyone can play. Well done, Nintendo. Well done.