Update: HTC has announced that the Desire 626 will be available exclusively from MTN South Africa from mid-November. An exact date has unfortunately not been announced. The contract will cost the consumer “R269 per month over 24 months and will include 30GB data once off,” the press release notes.

It will be available in white and  grey.

November’s a bumper month for those fishing for a new smartphone. With the Huawei Mate S, the LG G4 Stylus and Sony’s Z5 series all arriving in South Africa, consumers really are spoiled for choice. But HTC has joined the party, announcing a new mid-range device dubbed the HTC Desire 626, scheduled for launch in November too.

Replacing the outgoing Desire 620, the HTC Desire 626 has been available internationally since March, but comes to South Africa after the drama that was the HTC One A9, or what The Verge is calling the “Android iPhone.”

Luckily, the 626 shares none of those design lifts. It’s pure HTC, with the usual dual front speaker array, and a bold HTC logo in the mid-rear.

The company’s billing it as the phone that’ll give Android users “the most customised personal user experience,” a claim that I don’t quite understand.

“Packed full of advanced features, we are delivering the very best in terms of personalised design and performance, as well as great value to our customers,” HTC MEA’s head of marketing Neeraj Seth remarks.

In terms of specs, the 626 is decidedly mid-range, with a Qualcomm Snapdragon 410 SoC (one of the company’s latest chips), 2GB of RAM, 16GB of internal storage and a 13MP rear camera. Up front there’s a 5.0-inch 720p screen, and down below lurks a rather meagre 2000mAh battery.

The focus is clearly aesthetic and imaging though, at least according to the press release.

Whether you have a passion for photography or capturing short impactful videos, the HTC Desire 626 can be your perfect pocket companion. With the choice of an enhanced 13MP main camera or a 5MP front camera, photos and selfies can be taken from any angle, ensuring you can fully express yourself with sharper images and selfies.

And speaking of selfies, there’s a 5MP wide-angle lens up front.

The phone will be an MTN exclusive, at least in the initial stages of its South African tenure, and will be available from November. HTC has yet to announce a price, but we’ve reached out to the company for comment.

Edit: adjusted an editorial error regarding the date of availability. 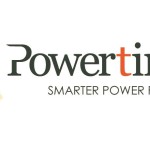