By Andy Walker, former editor
Read nextFallout 4 on PC: here’s what you should know before buying it 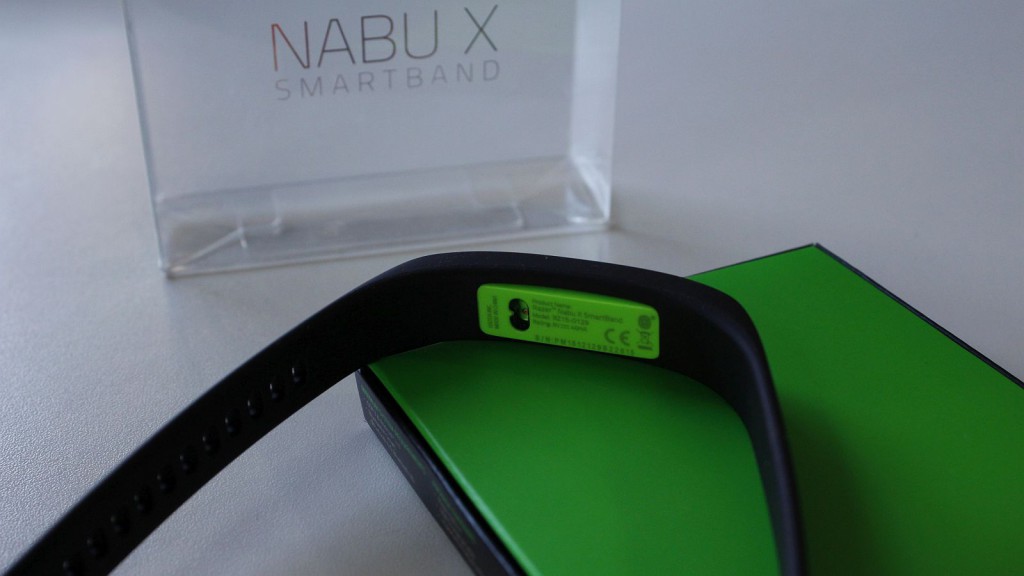 Rarely do we get devices so terrible that we have next to nothing good to write about them. When this does happen, we usually try our best to see the gold among the poo. But that’s not always easy. Take the Razer Nabu X for instance. It’s like an uncooperative, awkward and plain useless roommate.

Annoyingly, I really wanted to love living with Razer’s attempt as a smart wearable. I enjoyed the concept and the fact that it wasn’t simply another smartwatch clone. Razer calls it a “social wearable”. But unfortunately, this premise falls flat on its face predominantly thanks to the difficulty of actually finding other people wearing it.

Before I get a little too ahead of myself, let me explain exactly what the Nabu X is.

It’s a wearable smart band that snugs around the wearer’s wrist, and features the standard wearable technology fare: fitness tracking, notifications and alerts, and a simple design. But it’s the latter that takes things a step beyond the normal wearable smart band market. The Razer Nabu X is marketed as a social band, which means that users wearing these bands can interact with one another, swap information, and the like. Finally, with Razer being a gaming company, it makes sense to bundle a gaming element with the device. But we’ll get to these later.

Addressing the device’s simplistic nature is where one should naturally begin.

Its “no-screen, no-fuss” interface, as claimed by Razer, is front and centre and features three notification lights that glow a number of colours on different modes and occasions. It also takes design cues from the Sony SmartBand SWR10: there’s a central module that houses all the Nabu X’s gadgetry, and slips into its silicone wristband home. The band in turn wraps around its human host, and clasps using a pop-pin-like setup.

It’s something I hated on the SWR10 and a system that I’ll continue to hate on all devices as well. It makes the Nabu X incredibly easy to lose, by simply falling off your wrist when you’re not paying attention. Moreover, thanks to this system, the band is extremely difficult to reconnect to an arm in a hurry.

The band itself is mainly available in black, but Razer’s trademark bright green also features, as well as an interesting all-white finish. I found that to be quite fetching, but possibly easy to dirty as well.

Our black review unit however looked cheap and lacked a certain degree of finesse in its finish. As with all silicone based bands, the Razer Nabu X attracts lint like a belly button, and is about as annoying in that regard as a particularly hard to reach corner of the house. But credit where it’s due: the band is more comfortable than most and actually allows some freedom of movement.

And while the no screen setup is simpler, it isn’t ideal for the visual generation. It removes the “smart” element from the band itself, which means that I often had to check my smartphone instead of looking at the band for direction. If you fancy memorising Morse Code with the three coloured lights blinking on and off, spending ages reading the damn manual too, then be my guest. It’s ridiculously impractical.

And it doesn’t get any better once you add gesture controls to the list as well. Reading through the manual was the only way I could figure out how to reset the band, which requires around seven taps on its head and a rapid shake of the wrist the moment it lights up like a Christmas tree. Doing this on a particularly crowded train or the workplace showered me with awkward glances and judging eyes. Gestures make up a vast part of the Razer Nabu X’s control system as well, but it also piggy-backs onto Razer’s other love — gaming and social interaction.

If you (somehow) happen to meet another who’s also wearing the band, a shake of the hand will transfer information in a digital business card-like fashion. Razer punted this “Pulse” feature extensively, but I haven’t heard of anyone in the known universe who has used it yet. It’s also something that could easily be done by, say, sending the new friends your Twitter or LinkedIn address. Shaking hands to exchange information is just, well, weird.

Also, Razer make mention of a number of multiplayer games somehow coming to the band on its product page.

Countless developers are working on fun new ways for you to use your Nabu X, including multiplayer games that connect you to others in real life, with exciting virtual feedback. Stay tuned as more apps get made for the Nabu X.

This sounds like a possibly brilliant feature especially as the Internet of Things is rapidly changing the way games are envisioned, but for now, it’s nonexistant. It’s a great shame, because Razer being a gaming company first would sell buckets of these Nabu X bands as a result. What is available is a library of awkwardly made, clumsy apps. The current fitness app though is a dog’s day-old breakfast too, and somehow still believes that the Nabu X band belongs to the previous reviewer even though I’ve reset the band a multiple number of times, shaking my fist vigorously each time.

I’d also prefer installing but one app to control all aspects of the band. I don’t want five separate apps to manage one “simple” band on my arm. It’s careless planning on Razer’s part.

Although it does sounds all doom and gloom — and it largely is — the Razer Nabu X does do a few things extremely well.

For one, it holds onto battery like a sentimental squirrel does an acorn, achieving single charge battery life of around a week. That’s no mean feat either in a world in which wearables can barely complete their boot sequence before passing out again. I imaging that the lack of a screen helps immensely too, but this does come at an annoying cost. Additionally, it’s waterproof up to one metre, which is more than one can say for the likes of the Fitbit Charge HR or Jawbone UP2 — both much more sophisticated and more expensive fitness bands. This will come in especially useful if you happen to swim often, hike in torrential rain or actually want to keep your band, and wrist, clean, something that’s made extremely difficult on the Charge HR.

Ultimately, these positives can’t quite overcome the “what’s the point?” feeling I had in my gut when looking at this thing on my arm every day.

Overall, I’m extremely disappointed by Razer’s second wearable effort. The Nabu makes more sense as a wearable with a screen, and that will unfortunately always be the case. The Jawbone UP2, you might remind me, doesn’t have one either, but it’s prime objective is to monitor your health and sleeping habits, not be a notification centre and social interaction hub either. It also requires a song and a dance to use some of its features, but Jawbone’s updating the firmware regularly, which at least saves it on that front. But back to Razer.

The company has the right idea but it’s simplifying the smart band in all the wrong areas, skimping on those features that matter. This really is the Nabu X’s ultimate flaw and for R700 I’d rather save up and get a more expensive wearable, or get a Xiaomi Mi Band once they’ve finally reached our shores.

Ultimately, it just didn’t make my life easier in any way and that’s generally the entire point of wearable technology, isn’t it?

Verdict: I can’t begin to recommend the Nabu X as a fitness wearable without pointing to the masses of other bands that are better, but if you’re a Razer fan then jump right in. At least there’s a lot Razer can improve for the next Nabu X iteration, but for now, stay well clear lest you be disappointed. Very, very disappointed. 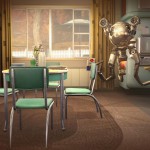 Fallout 4 on PC: here’s what you should know before buying it
Gaming • 12 Nov 2015
Read More
More