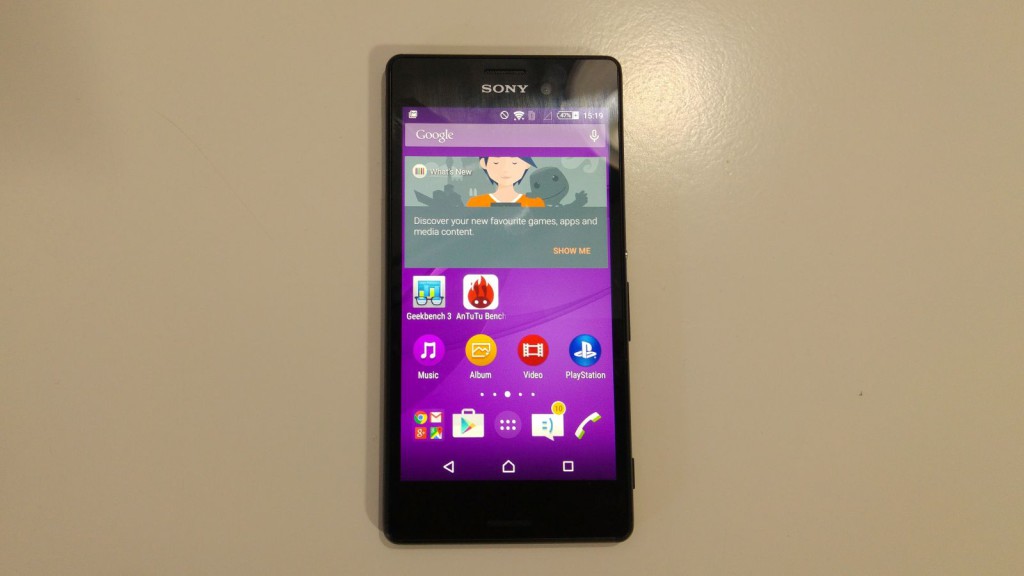 Annoyingly, before I could really sink my teeth into my first Sony Xperia M4 Aqua, it was stolen from my grasp. Of course, while I’m good and happy that it was just the phone that was stolen (and not my entire life), I was also rather annoyed that this would mean phoning up Sony and asking for another.

Thanks in part to the company’s stellar local PR management, here I am, with another go at Sony‘s mid-range waterproof smartphone.

It should be noted, that since its launch, Sony has practically replaced this device with the Sony Xperia M5, banishing the “Aqua” denotation and slapping a “safe to shower with” sticker on all models that bear the M5.

The Sony Xperia M4 Aqua was rather the mid-ranger that started the water-bourne phenomenon, so with that said, is it worth getting its updated younger sibling instead?

To say that Sony’s recent product packaging has been bland would be like calling a baked potato a square meal. I can’t quite understand just how consumers can get excited by seeing Sony products in their boxes but nevertheless, at least the phone is rather thin, so a small box doesn’t seem too awkward.

For one, it’s not as flash as other products, but as I always say, I’d rather a manufacturer spend money on the device itself.

And while I usually do see manufacturers actively doing this, Sony doesn’t really seem to tag along. The Sony Xperia M4 Aqua won’t win any beauty contests any time soon. Its design is particularly dated with standard chocolate bar smartphone lines. For one, it’s a flat piece of polycarbonate with a large camera lens at its rear, flaps on the sides that try to keep its internals dry and a bit headphone port at the top. There’s also a 5.0-inch screen with a 1280×720 resolution, and a front facing camera which isn’t quite as noticeable as on other phones.

I don’t quite like the feel of it either. The rear is sleek, covered in tempered, scratch-evasive glass, but the sides are a little more like cheap granite, hardened polycarbonate. The contrast works nicely on the Sony Xperia Z3 range, but not on the cheaper M class.

Looking at the specs sheet, you shouldn’t really expect the world and more with this phone. It’s a mid-ranger, so that means you’ll get what Sony things is the best at this price.

Notably, there’s a Qualcomm Snapdragon 615 chipset — it was actually one of the first devices to sport Qualcomm‘s octa-core buzzer — 2GB of RAM and 8GB of internal storage. There’s a microSD card slot too with room for 128GB, so expanding on the paltry 8GB is possible. Android Lollipop 5.0 slurps up around 4GB of storage too.

Other important words and numbers include the 13MP rear camera and the 5MP front snapper, which is a combination you’ll find fairly often on mid-range devices. And finally, keeping all the lights on is a 2400mAh battery, which Sony has always managed to squeeze every last morsel from.

The usual bevy of wireless connectivity standards are also included, not to mention LTE, WiFi 802.11 n, the now common WiFi Direct and NFC.

While it should decimate tasks on paper, the Sony Xperia M4 Aqua really isn’t as sprightly as one would think. There are eight cores available to process information, but it always seems as though six of those are off playing chess somewhere.

When buzzing through CPU intensive tasks, the Xperia M4 Aqua heats up a fair amount too. I’m not talking skin scalding hot, but the phone is definitely uncomfortable to hold.

Overall, benchmark numbers definitely suggest that it’s middle-of-the-road, sporting respectable figures for both AnTuTu and Geekbench but nothing that’ll get you panting. As for GFXBench, it’s not a stellar showing either, with gamers better off going for a more powerful chipset.

Camera performance also left a lot to be desired, which is something one doesn’t often say when talking about a Sony phone, a company that prides itself on its camera sensor tech. Primarily thanks to the crappy camera software, it wasn’t always easy focusing on objects closer than 20cm, nor was it easy shooting moving images in a relatively flattering light. Blurs and mashed pixels is what you get.

The selfie camera isn’t too bad though, and is wide enough to fit at least five people in a shot by simply holding it arm’s length away from your face.

More interestingly, Sony has placed a camera shutter button on the M4 Aqua, which indicates the company’s pretty serious about its snapping credentials, but it fails to impress regularly. Sticking a racing fin on your plucky little hatchback doesn’t mean it’ll go any faster. 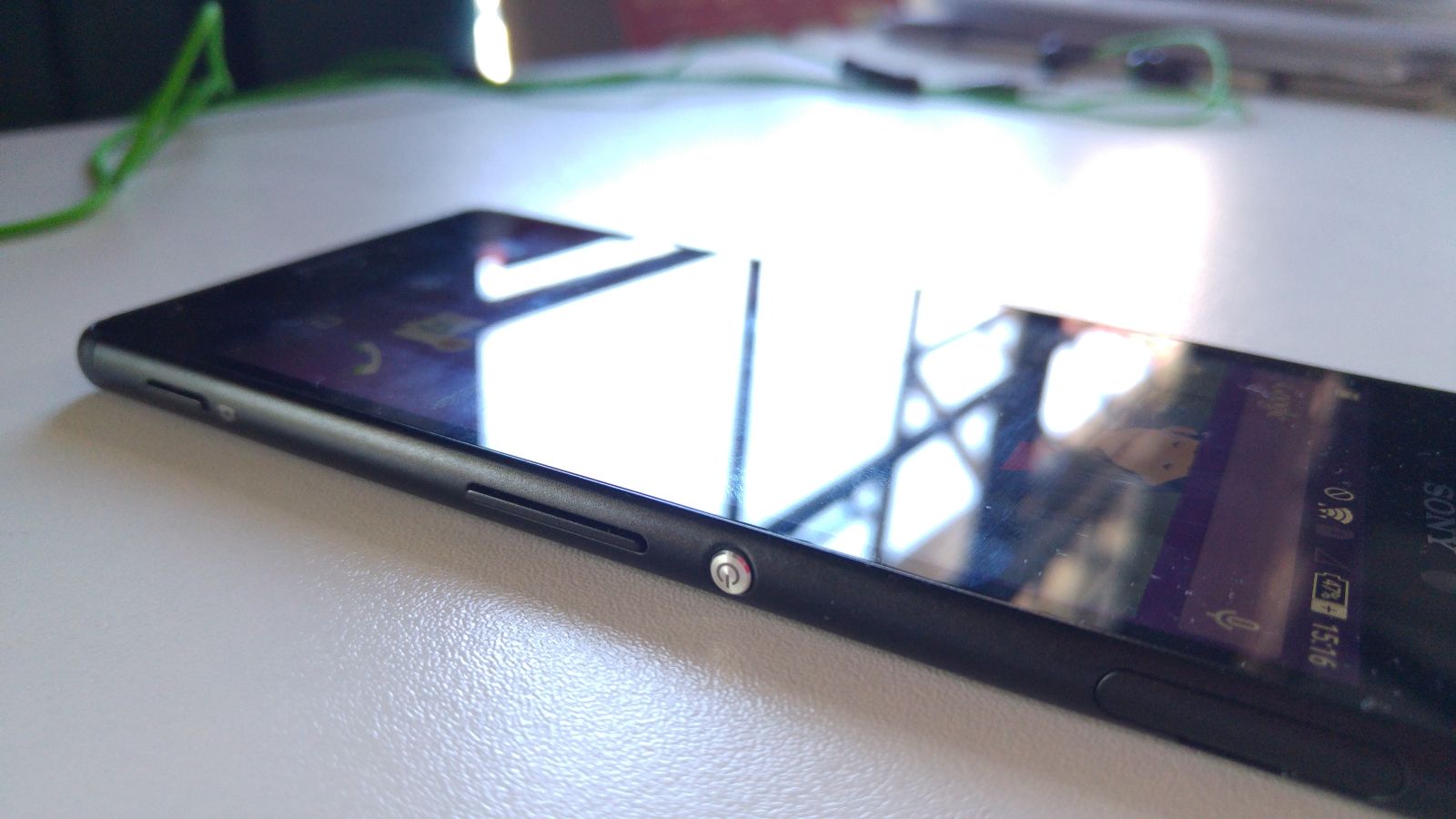 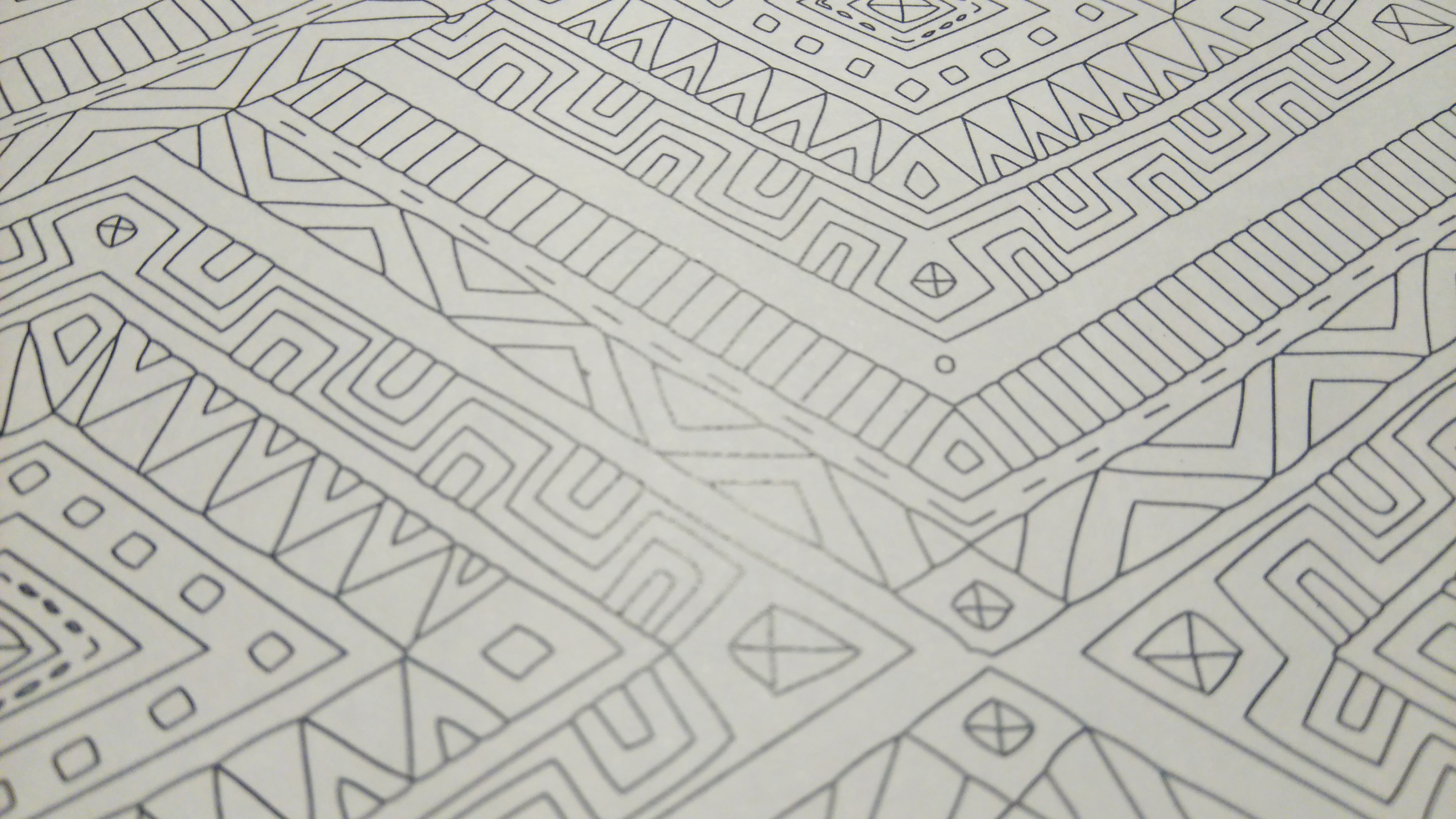 The camera doesn't quite like white subjects and lots of ambient light.

For the price of this phone, I'd expect better from the camera. 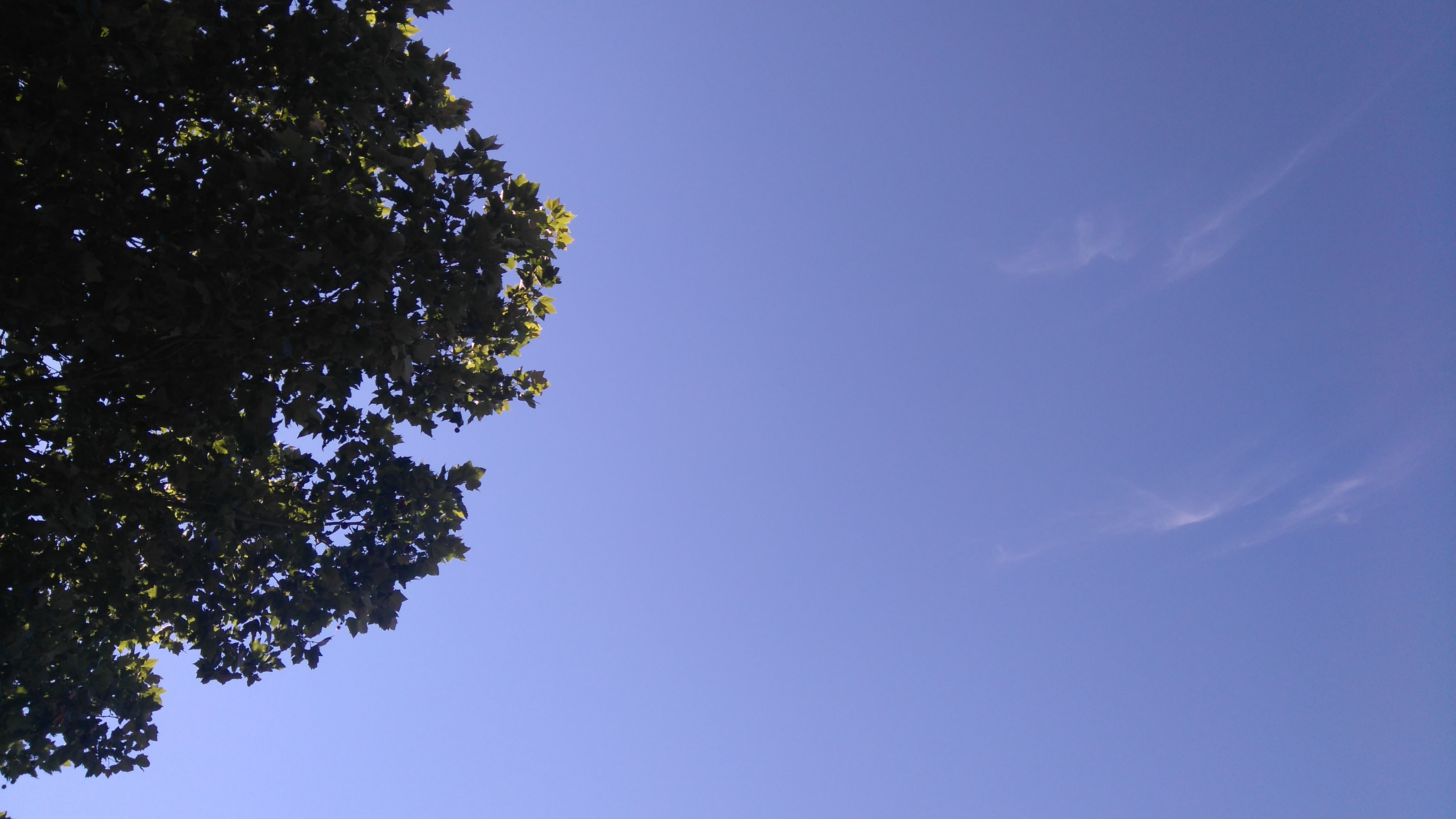 It's not utterly horrible, but the camera button seems a bit pointless.

Balancing contrast outside is one of the camera's strong points.

Another snap against the light. 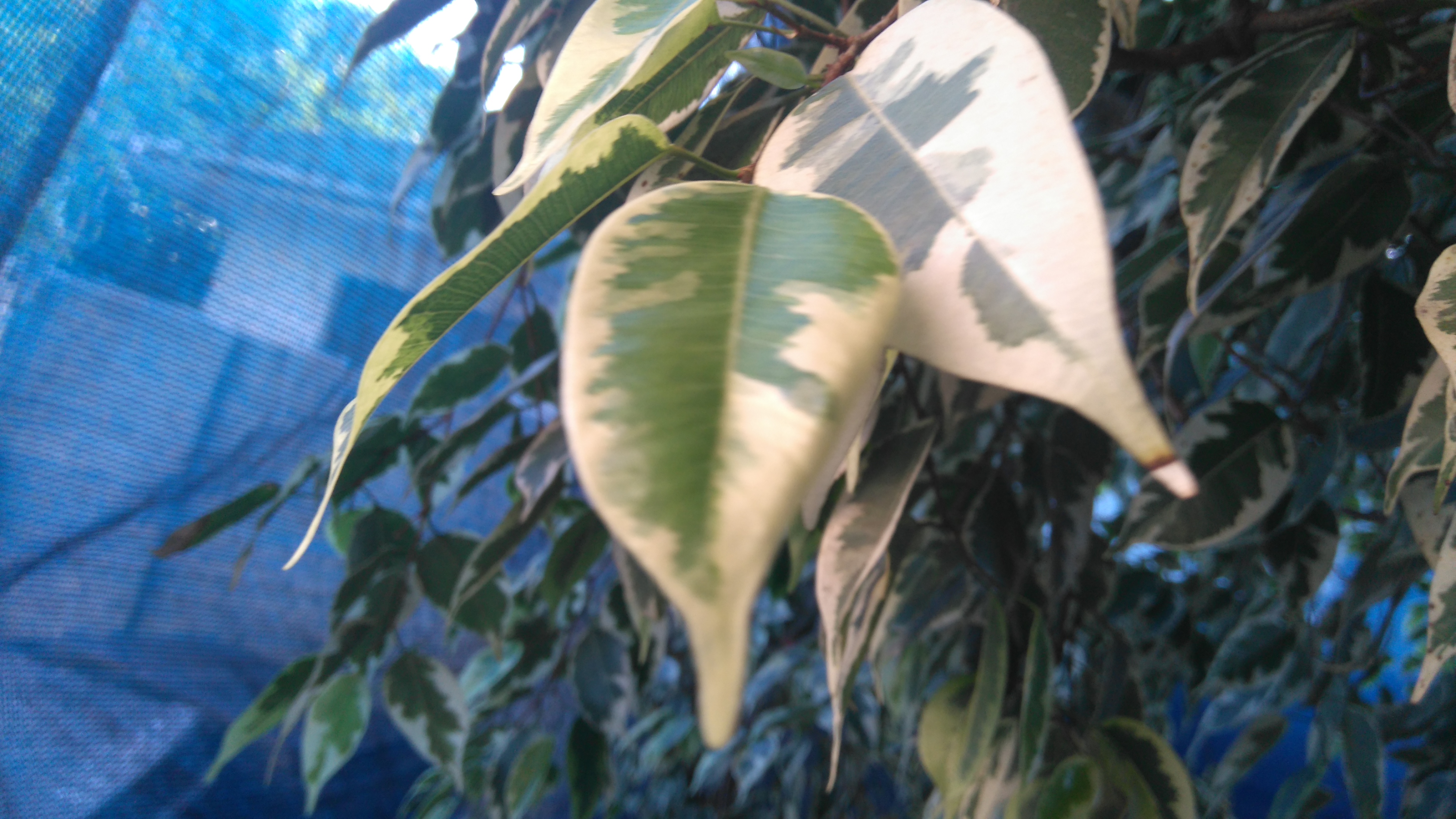 When the lens does eventually focus, results can be promising.

Colours in certain scenarios does seem a bit rich.

Another example of the hit and miss focusing system. 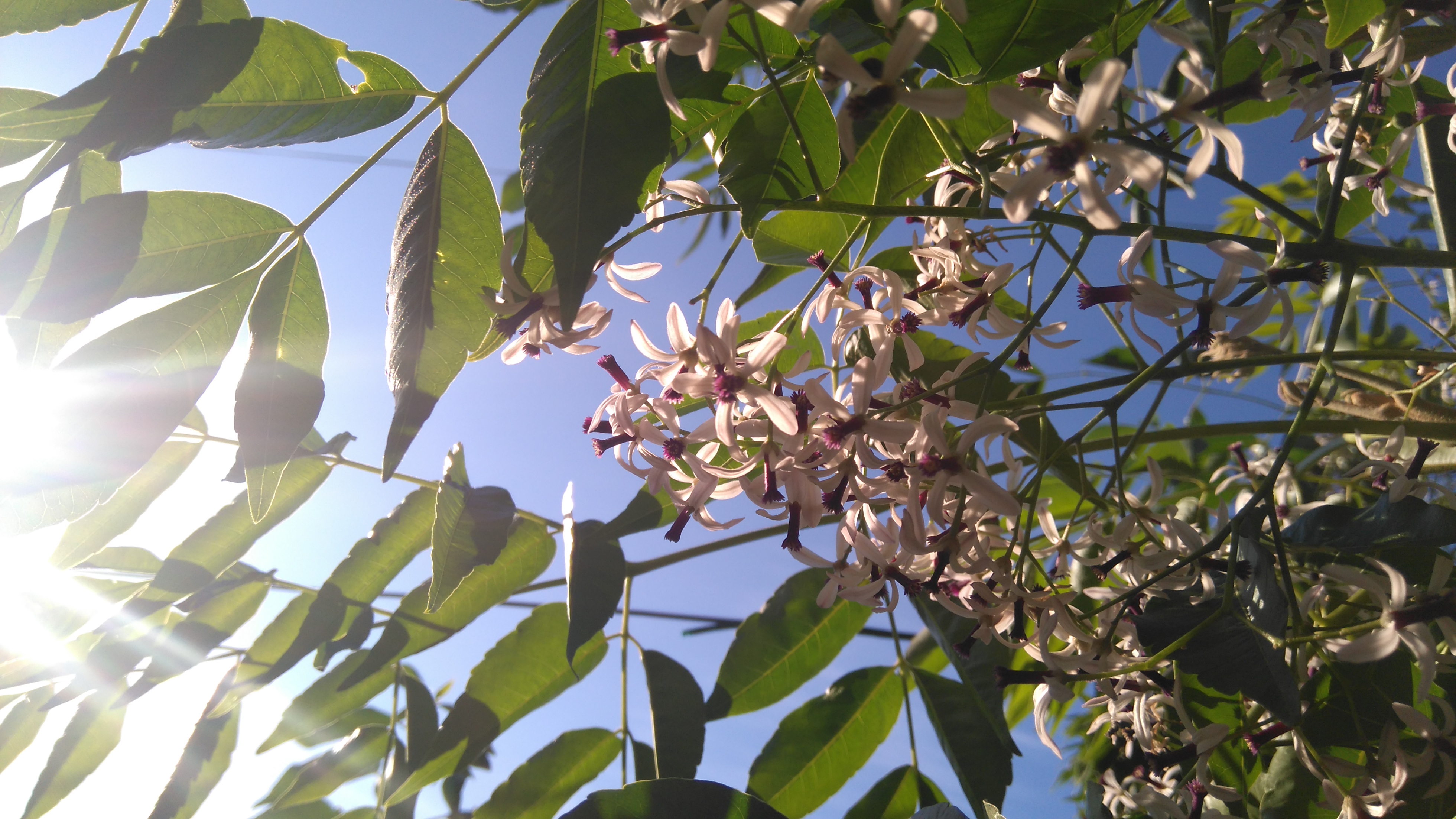 Still, it makes for an average mid range camera.

Dare I say it: the image quality in some snaps can rival the LG G4 Beat.

Where the M4 Aqua did admirably was battery life, especially when in standby. Sure, the Snapdragon 615 is a hungry beast when rearranging pixels, but switch the screen off and the Sony becomes one of the most frugal phones we’ve ever used.

It’s easy to talk about the M4 Aqua’s practicality as that’s its real strong point. It features an IP68 water and dustproof rating, which means bathing or swimming in a pool with one is absolutely plausible. Sony doesn’t advise you take this device into the big blue with you though. Nevertheless, a trip into the toilet bowl won’t be enough to kill the M4, which is advantageous for those born with butterfingers.

5.0-inches, as we’ve mentioned before, is the ideal size for a smartphone screen too, and the battery management software means that the M4 Aqua could easily go for a day and a half on a single charge, depending on how demanding you are.

Finally, I have to highlight the most annoying thing about this phone: Android Lollipop.

Native Lollipop really has ruined the flowing settings drawer in KitKat. Instead of the phone displaying all settings after one defined downward swipe from the top of the screen, Lollipop requires two. This means that adjusting brightness for instance, requires an extra move, something that I don’t want to have to do.

It’s strange, as Sony usually nails its Android UI and irons out these issues, but it’s clearly taken a back seat in terms of tweaking the Android ecosystem. It’s a pity, because usually I’m slating companies for doing too much to Android; here Sony is doing way too little.

While you won’t find a cheaper waterproof phone on the market right now, there are a few issues with Sony’s pricing. At R4099, it’s not cheap compared to the likes of the InnJoo One HD 3G which is one hell of a bargain in its own right. While you couldn’t quite go fishing with it, or share kisses in the rain, it does seem like a much better deal.

As for the Sony Xperia M5, well, that throws up a whole other conundrum for a device that will likely see local availability very soon.

Verdict: It’s waterproof and its battery lasts for more than a day, but two great features can’t quite make up for its shortcomings. With the Sony Xperia M5 about to launch, and the likes of the Samsung Galaxy A5 bearing down on it, I can’t give a good enough reason for those who enjoy land to want an M4 Aqua. Of course, if you live in your swimming pool, or enjoy watching movies in the bath, the M4 Aqua is the only real option at this price point. 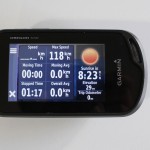