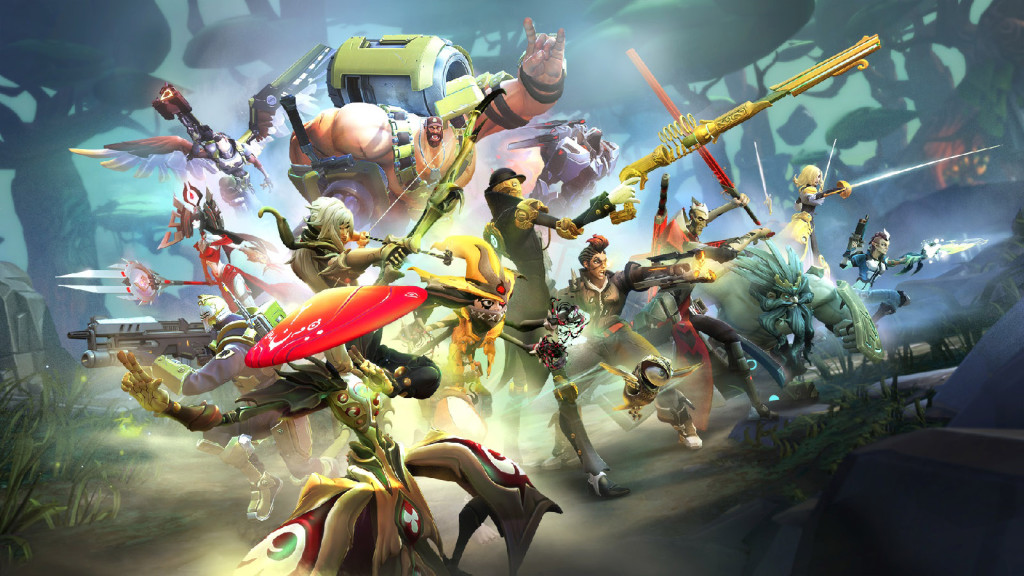 Battleborn is an upcoming first-person Multiplayer Online Battle Arena (MOBA) title currently in development at Gearbox Software, the same people who brought us the brilliantly twisted Borderlands series, and is set be released on 3 May of this year.

It’s the first IP from Gearbox since the Borderlands series, so it’s a pretty big deal.

Through the duration of this article I will explore the various facts and clues I have discovered in my multiple excursions into the internet in the hopes of shedding as much light as possible on this highly anticipated title.

One thing that I can say without a doubt is that Battleborn is going to be one chaotically explosive experience… and that’s just the way we like it.

So let’s do this. Who or what the hell are the Battleborn?

In Battleborn we are taken into the distant future. All of the universe’s stars have gone dark bar one, namely Solas. Naturally, driven by the will to survive, the various races and civilisations of the galactic community flock to Solas as a last resort of continued existence and end up in a never-ending struggle to establish their new home.

Within this ensuing chaos five factions are formed: The Lastlight Consortium, The Eldrid, The Rogues, the United Peacekeeping Republics and The Jennerit Emperium. And this is where the “Battleborn” are conceived, a group formed of the most resilient and celebrated heroes of the various factions who will stand together against the looming threat of ultimate extinction.

Now this might not be the most original plot in gaming but coupled with the various Battleborn cinematic and gameplay trailers floating around the internet, it does seem that Gearbox has put their own distinctive twist on it.

In his own words Randy Varnell, Creative Director of Gearbox Software, explained how Battleborn came to be:

We were imaging what to do next (after Borderlands 2) so we looked at a lot of things that we really, really loved about Borderlands: making a lot of characters, coming up with a sweet and unique art style, blending in our favourite games and parts of our favourite genres together and doing something new and unique and then coming up with something that had amazing, epic stakes and Battleborn merged out of that.

Battleborn will provide the gamer with a wide array of distinctively eccentric characters to choose from — 25 to be exact — each with their own unique arsenal and set of powers.

So no matter your play style, one of these personalities is bound to fit it like a glove. With such a large selection you might even discover a totally new play style. From a mech driving penguin to a mushroom headed ninja, you’ll be sure to get the fix you want. So far, 16 of the 25 characters have been confirmed. If you are looking to learn more about any of them, you can visit the Battleborn website and it will provide you with a little background on each revealed character and its traits such as health, power, range and speed.

You will be provided with a healthy variety of game modes but they will be divided into two sections, the main campaign and the competitive multiplayer.

The main campaign will take you through the above mentioned story and can either be played single player, online co-op or split screen. This versatility in approach is something I have a lot of respect for. It’s great to see Gearbox trying to cater for as much of the gamer market as possible. In competitive multiplayer, players will be able to partake in three different play modes with up to ten players in a 5v5 match.

First there is, as described on the Battleborn website, Incursion Mode: “Teams of heroes must defend their base from waves of AI-controlled minions while working together alongside their own minions to destroy the opponent’s base.”

Then there is Capture Mode: “Teams of heroes face off in a fast-paced death match and must capture and hold objectives on the map to win.”

And finally we have Meltdown Mode: “Teams of heroes must guide their minions as they march to their death at the center of the map. Points are scored for every minion who throws themselves into the incinerator, and the team with the most points wins.” Another interesting aspect of Battleborn I am very excited to check out is its progression system. Instead of continuously levelling up your character, which does create a bit of separation between hardcore players and newbies, your rank is in only contained to a single match or story mission.

This means that every time you join a match, all players will start on equal terms. Here, in my opinion, Gearbox is conveying its respect towards the player.

Talking about the Benjamins

After hearing about Battleborn one of the first things I was wondering about, as I do with most online games of this nature, is microtransactions, and the scourge known as “pay-to-win”.

Will those with the big bucks have a distinct advantage over the poorer folk? Will the game only be semi-enjoyable if you are not constantly pouring in your hard earned income into some digital black hole?

Well, from what I’ve gathered, the answer seems to be, at least for now, a fortunate no. In an interview with Ars Technica, Creative Director Varnell had this to say:

I would be lying if I said we hadn’t thought about it. What’s been really important for us though – the same thing was true for Borderlands – is that we want to release the full price retail game, everything you see here, 25 characters, all the loot you can unlock in the game, you can get without spending a single penny. We want to be sure that that’s a big, solid, awesome experience.

If people love the game, if it’s successful, I would love to add more content to it, more characters, we’re certainly not out of story ideas. There’s a lot of other things we could do there and we have great ambitions about that. But right now we are focused on making sure that the main game experience is awesome and huge and satisfying, with a lot of play for a lot of people.

With a fairly average premise but promise of exciting gameplay, Gearbox will perhaps provide a suitable challenger to Bungie’s Destiny, but of course, it depends if the marketing material and gameplay can match the hype.

What are your thoughts on Battleborn? Be sure to drop a comment in the section further below, and vote in our Google+ Poll beneath. 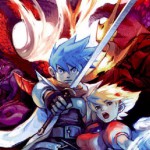