BlackBerry has today announced that the BlackBerry PRIV — it’s first Android smartphone — will be on sale in South Africa from next week, beginning 1 February.

The handset will be available through Cell C, MTN, and Vodacom. While pricing is yet unconfirmed, Orange Store South Africa is currently selling the device for R14 218. BlackBerry has noted that the price is carrier-dependent.

The BlackBerry PRIV will come with Android Lollipop, but also feature some of the company’s security software, including DTEK application monitoring, a verified boot sector to prevent OS tampering and full support for BlackBerry’s enterprise suite, including BES 12.

Other software like BlackBerry Messenger, Android for Work and the BlackBerry Hub message vault are also included.

On the hardware front, the phone will also arrive with a Qualcomm Snapdragon 808 processor, 3GB of RAM, 32GB of internal storage and a 5.4-inch screen boasting 2560×1440 pixels.

There’s an 18MP camera at the rear, with a 2MP sensor up front, and perhaps the most interesting feature is the full QWERTY keypad that slides out from below the screen.

Does the phone appeal to you? Let us know by voting in the poll below. 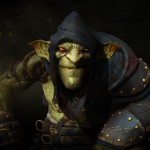