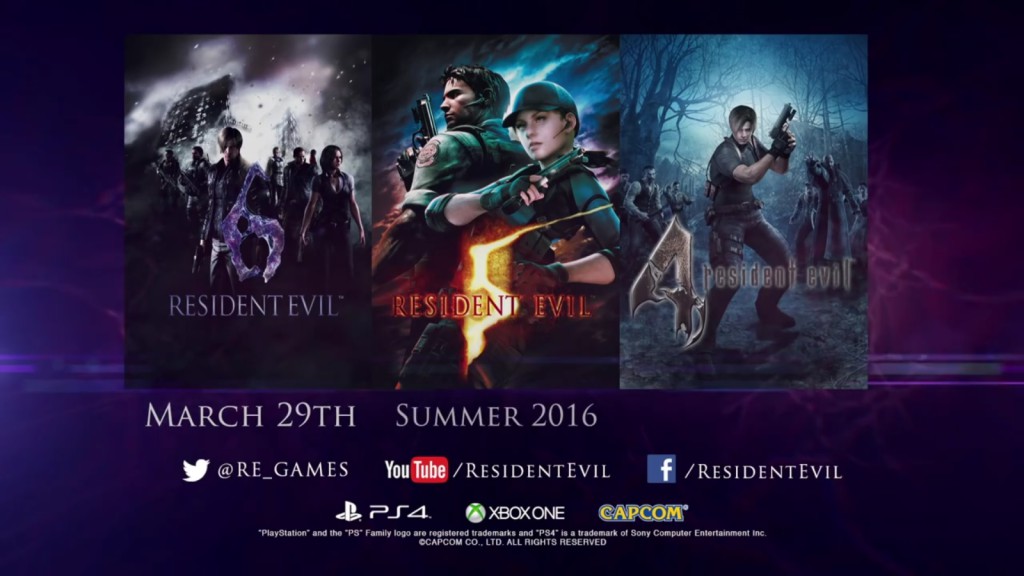 Capcom has announced that a new batch of Resident Evil games will be scaring their way onto the PlayStation 4 and Xbox One. When we say ‘new’ we actually mean the re-release of Resident Evil 4, 5, and 6.

The games will be released separately and include all of their post-release DLC and retail for US$20 each. There is no mention of a physical release alongside the digital ones.

Each game looks to be a higher resolution re-release of the original titles, though there is no indication of which platform Resident Evil 4 will be based on.

Resident Evil 4, and arguably one of the best entries in the franchise, follows Leon S. Kennedy as the attempts to rescue the US president’s daughter. His mission takes him into central Europe where residents have begun to act strangely. This inevitably leads him down a path of new viruses, old foes, and a guy wielding a chainsaw. Resident Evil 4 was originally released on the Nintendo GameCube, but was later ported over to the PlayStation 2, 3, Xbox 360, Wii, and more.

The next chapter in the series, Resident Evil 5, this time takes place in Africa. Now featuring Chris Redfield and newcomer Sheva Alomar, the pair discover yet another virus and with a side-helping of bio-terrorism. The game introduced co-op play to the core series, even though it had already been available in the Resident Evil: Outbreak spin-offs. This time, it was only released on the PlayStation 3, Xbox 360, and PC.

Resident Evil 6 is the last numeric core game that has been released and that was back in 2012. The game now follows the exploits of four different storylines, each telling the tale from a different perspective. Like Resident Evil 5, it was also only released on last generation consoles and PC.

Last year, Capcom announced a remake of Resident Evil 2 would begin development, which is something fans have been clamouring for. The nostalgia doesn’t end there as the company has also released GameCube exclusives Resident Evil Remake and Resident Evil 0 on last and current generation consoles.

View the full announcement trailer below: 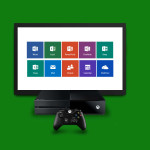 Will Microsoft release Office on the Xbox One?
Microsoft • 26 Feb 2016
Read More
More