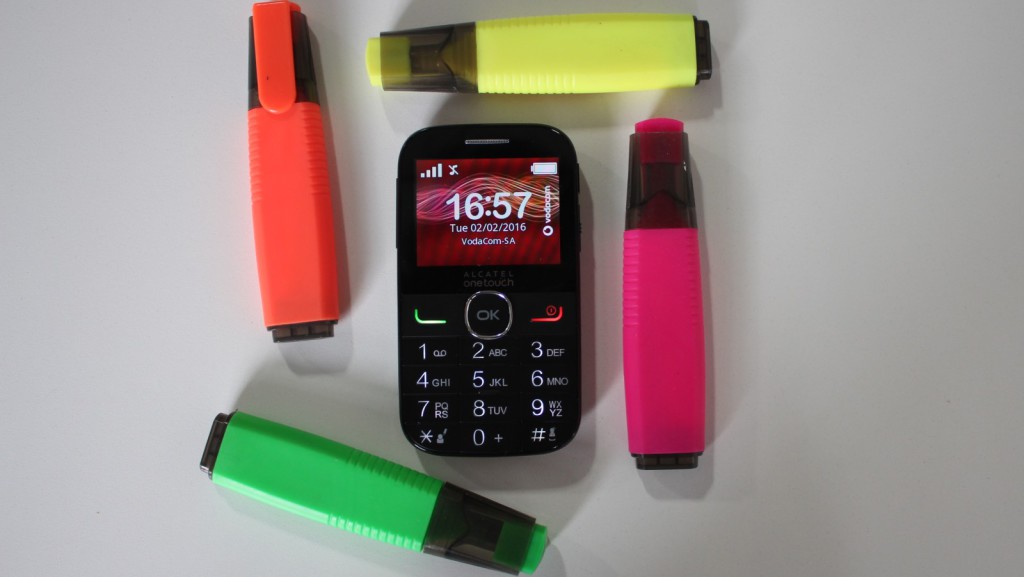 If you’re reading this from the comfort of your smartphone screen, you might not know that feature phones are still a thing. In the ultra-budget market, they remain a more simple and affordable alternative to their smarter cousins. That’s not to say that feature phones of 2016 can only send SMSes and make calls.

The Alcatel OneTouch 2004C is a great example, boasting Bluetooth, a rear camera and even a microSD card slot. But its target audience isn’t what you’d expect. The phone’s gunning for those hard of hearing, hard of sight, and practically anyone who doesn’t know what a smartphone is. Effectively, we’re talking seniors. It’s a device for grand pops who thinks Facebook is a new edition of the telephone directory, or granny who thinks Netflix is a trendy new club that the youngsters visit nightly. And while it does feature some creature comforts as mentioned before, it’s not at all complicated to use.

It boasts a large 2.4-inch 320×240 screen with high contrast, large fonts and even larger buttons — perfect for those who can’t absorb smaller text on tiny screens. This carries through into the phone’s physical design too. The bottom half is all buttons, with a large and extremely obvious ‘OK’ in the middle surrounded by a silver D-pad ring.

There’s the familiar green call button and red ignore button, which also doubles up as accept and cancel in menu navigation respectively, and finally, a trip down memory lane with the three-letters-per-button key layout. For me coming from QWERTY keyboard Android phones, typing up messages on this phone is a challenge, but for those coming from a feature phone background, this is right up their alley. The large buttons also ensure that it’s difficult to mistype a letter. Each is backlit too, although it’s not exactly high quality.

And speaking of which, the entire phone weighs around 80g, is made almost entirely of plastic and should bounce up like a beach ball if dropped. At the rear, there’s a splash of colour thanks to the orange power button and just above it, there’s a 2MP camera (the same number of pixels present on the BlackBerry PRIV’s front camera, mind). The 2004C’s other trump card is its battery life. During my two week review stint, I only really needed to charge it twice, while using it as a secondary phone. When you do charge it, Alcatel threw in a nifty little dock that allows users to slot the phone in without looking for the microUSB port.

There are also oversized volume buttons on the left, a lock slider on the right and a dedicated torch switch above it. The slider cuts out learning a combination code to gain access to the phone. It does sacrifice security for convenience though. I did try to enable lock functionality on the device, but the slider seemed to nullify my attempts. Either that, or I had no clue what I was doing — but to be fair, if I don’t know how to do it, how will granny?

By and large, the operating system is extremely simple. It feels early Nokia with each menu heading getting its own screen. Hitting the OK button sends the user into said menu list. It’s logically presented, easy to read and functional. Annoyingly though, the menus don’t wrap around which does make it difficult to navigate the menus quickly without concentrating.

There’s a simple calendar, calculator, an option to view files and pictures, and believe it or not, videos. If you fancy watching any, grandma, be sure to pop a microSD card in as well. There’s scant storage for anything more than messages and contacts, and I could barely snap a single picture without the phone shooting out storage alerts.

But, and one massive but here, the phone won’t run common apps like Facebook, WhatsApp or Twitter. In fact, it’s about as barebones as phones get nowadays. Remember though, this is a feature phone with enhanced features, not a dumbed down smartphone. While its a well thought out device, there are issues. Namely, the price. At R599, it’s as expensive as Vodacom’s cheapest Android smartphone — the Smart Kicka. And that’s a big issue here. I do understand the 2004C’s target audience doesn’t necessarily overlap with the Smart Kickas, but it’s a question of value.

Snip a few hundred off the price, and you’ll have a brilliant emergency phone, an always-on phone for the car, or a device for that important someone in your life. But it’s expensive, and to be quite honest, I’m pretty sure the hardware crammed into the 2004C doesn’t warrant its price tag. On its merits though, the Alcatel OneTouch 2004C is a brilliant device. The company stuck to its usability-first plan, while never deviating from the target audience. It’s easy to use, functional and fairly cute, everything a senior should want and need.

Verdict: It’s not often that a company’s intentions shine through its products, but Alcatel has done a remarkably good job here. And the phone isn’t just for seniors, but anyone looking for a capable backup phone. However, its pricey in comparison to cheap smartphone, and it isn’t as secure as most of them either. But at it’s core, there’s not much Alcatel didn’t get right. 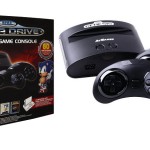