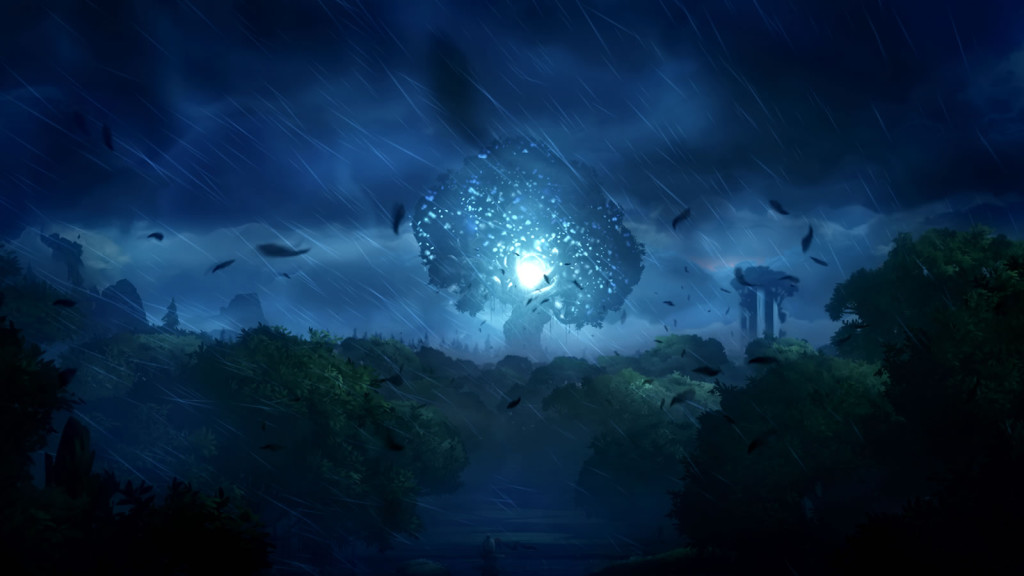 Last year we took a look at indie title Ori and the Blind Forest on PC and named it as one of the best games of 2015. Now, developer Moon Studios has released a Definitive Edition, announcing tweaks and changes, but is this indie darling title really worth your time?

The game retains the same gripping and heart-wrenching story. Much of the tale is told through characters actions and in as few words as possible. I’m not ashamed to admit that I shed more than a few tears during the story’s introduction. It’s powerful; incredibly powerful stuff. As with the original release, the Definitive Edition is an absolutely gorgeous piece of art. You can call every tree, every background, every sprite a piece of art in this, because that’s exactly what they are. The painted backgrounds just blend together almost magically and fluidly as you traverse this fantastic and mystical world. The scenery is composed of several layers of artwork, giving everything a nice motion as you pass by. You wouldn’t be blamed for staring at any set piece for several minutes and uttering the word “wow.”

I have to wonder if Ori, or the world, is the main star in this game

Even the monsters and little creatures running around all come alive in their own way. While the enemies are made to stand out, a juxtaposition to this beautiful and once calm world, they still look as though they fit in. They not only appear as if they’ve turned to the darker side of life, but as if they once belonged here as well. The art directors have done as masterful job of creating all of the oozing blobs and sinister-looking owls.

Related: Ori and the Blind Forest: Definitive Edition now available on Xbox One

I have to wonder if Ori, or the world, is the main star in this game. Ori has an odd, yet charming animation about it. The way the creature moves is somewhat jerky and strange, but lending to the notion that it is an orphan to this world, a stranger in a strange land.

The Xbox One doesn’t handle all of this grim, yet beautiful serenity well. During more than a few fights, or even just general traversal through the jungles and aquatic depths, the game would jerk as it fumbled its way through processing all of the data and environments. It’s not game-breaking in any sense, but it is noticeable on all counts.

The Xbox One doesn’t handle all of this grim, yet beautiful serenity well

Ori and the Blind Forest falls under the sub-genre of Metroidvania. Like the titles it’s named after, Castlevania and Metroid, the game unfolds in a fashion that slowly reveals new areas and abilities. You’ll find yourself backtracking quite a bit with a newly unlocked double jump, thinking of areas you couldn’t access before. The majority of the backtracking is, of course, necessary in order to gain more health or energy orbs, not to mention experience for new abilities. The progression system doesn’t feel out of place in the game. Ori has never ventured around this world before and it only makes sense that the little creature would learn as it went.

Game play is based around platforming and puzzle solving skills. This is what the heart of the game lies, and one that may have you throwing the controller against the closest solid object. While Ori and the Blind Forest may be stunning on all counts, it’s easily one of the most frustrating and difficult games you’ll ever play. Precise jumps, incredible puzzle solving skills, and more patience than a monk at Home Affairs will be required in order to complete the game. I, alas, gave up after reaching 54% for fear of destroying a very expensive Xbox One controller. It’s not for everyone and if you don’t have the skills or patience, it’s best to watch a Let’s Play video on YouTube.

The gameplay is also hampered by unresponsive controls and somewhat questionable level design. There were many instances where Ori either wouldn’t jump or wouldn’t respond to a command input. It seems the little creature has been programmed with a slight delay, which is not what you want in a platformer requiring precision and well-timed movement. Let me say this outright: leaps of faith are a design feature that should have died out with the NES. They do not belong in modern gaming. Not one bit.

Even with all of the frustration, swearing, and sweat dripping down my face, the soundtrack is what really kept me going. Venturing forth is even more of a delight as the background tunes lull you into a state of calm and well-being. Every single track has been well crafted to suit the title and even now I’m listening to it as I write this review. Even if you don’t pick up the game, at least, pick up the soundtrack. You can thank me later.

Verdict: With all its beauty, majesty, and depth, Ori and the Blind Forest is an exceptionally difficult game. It’s not for everyone, but those who pick it up and push through will be well rewarded. Call it cruel and beautiful. 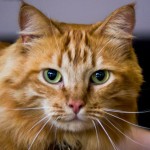