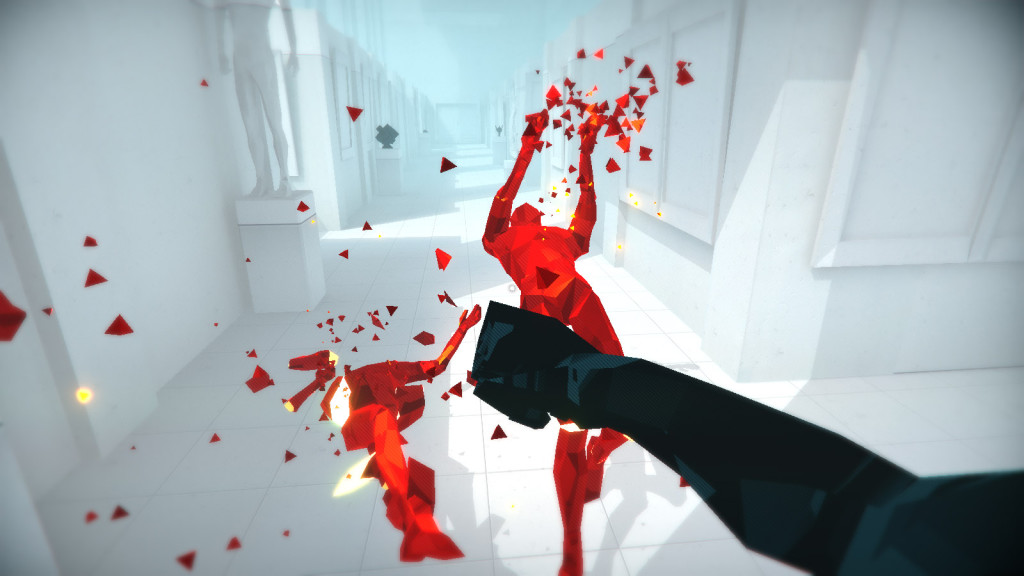 I’ve always been a great fan of the first-person shooter genre. As much as I love games with captivating narratives and mesmerizing concepts, there is just something… almost meditative (for lack of a better word) about mindlessly planting a plethora of bullets in my digital adversaries. But one has to admit that the genre has become repetitively stale in recent times and that it has been awhile since a title has successfully challenged the current recipe of shooters.

Superhot is one game that aims to breathe some new life back into the FPS genre and it pulls it off surprisingly well. It has all the ingredients you would expect to see in a proper shooter: guns, bullets and challenging enemies, but with one clever mechanic that really freshens up the experience. In Superhot, time only moves when you do. When standing still, time is in ultra slo-mo mode, giving you the chance to assess your situation (much like V.A.T.S. mode in the Fallout games), which in most cases is an ambush of weapon wielding faceless bastards trying to kill you. When you start moving around though (this includes turning and jumping), things revert back to normal time until you stop moving again.

It’s a simple concept but one that opens up a new world of gameplay. Weaving in and out of slow-motion while effortlessly dodging bullets and katana strikes makes for a uniquely compelling and cinematic experience. It’s the most badass I’ve felt in a game in ages. But as powerful as you might feel while playing this game, do not underestimate the challenge of Superhot. The developers are fully aware of the benefits of your power and I can assure you they are going to test it to the very limit.

There is one scenario I can vividly remember, because it took a frustrating billion tries to conquer, that is a perfect example of how chaotic Superhot can get.

In Superhot, time only moves when you do

I’m stuck in an elevator with three enemies, all of which have their pistols aimed at my head. Even though I’m armed with the power to slow down time, it’s still a rather hairy situation I find myself in. As soon as I turn to scrutinize my surroundings, a bullet flies into my head. Retry. Die. Retry. Die. I won’t bother you with the details but after finally figuring out how to manoeuvre around this initial stage I then learned that the elevator doors open up only to reveal two more bastards waiting outside with their shotguns aimed and ready to fire. Retry. Die. Retry. Die.

This is only one of many tense moments that you will encounter in your time with Superhot. But as frustrating as they can be, mastering them is a truly rewarding experience.

Unlike most other shooters, where luck and a quick trigger finger is usually your greatest ally, Superhot’s slow-motion mechanic allows you to take a much more tactical approach. Everything in the game’s minimalist design is colour coded so that you can quickly formulate a strategy. The world is painted in white while weapons and enemies are a contrasting black and red respectively. When starting a scenario you will usually only be armed with bare fists. If you’re lucky, a weapon will be lying around within reach. Otherwise you will have to disarm an enemy, which is fortunately a treat within itself.

Punching or throwing an enemy with an object will make it lose grip of its weapon, enabling you to catch it mid-air as it floats past you in slow motion. Superhot will also provide you with a decent arsenal of weaponry to violently vent out your frustrations. From katana swords and baseball bats to pistols and machine guns, you will be able to string together a stunning array of moves as you conduct your symphony of violence. Imagine punching an enemy in the face, grabbing his katana, slicing him in half, throwing the katana through another enemy behind you, grabbing that enemy’s machine gun, mowing down three other enemies with that machine gun and continuing this onslaught until all life forms have been exterminated. It’s pure cinematic pleasure.

But by now you might be wondering why we’re killing all these poor red and faceless people. Well, apart from them trying to kill us first, we’re doing it because we were told to. Superhot’s vague yet thought-provoking narrative delves deep into the psychology of control and obedience and will regularly toy with your mental stability.

Most of the story is revealed via an enhanced DOS-like operating system where you will mostly be communicating with a friend on a chat room. The friend will initially ask you: “You playing superhot yet? I’ve never seen anything like it,” and will then provide you with your first “crack” of superhot.exe. I don’t want to divulge too much of the story but entering the game is not strictly legal (only in the game that is) and soon a third party becomes involved, which leads to the unfolding of a rather disturbing mystery.

All that’s left to say is “SUPERHOT IS THE MOST INNOVATIVE SHOOTER I’VE PLAYED IN YEARS!”… chat ended.

Verdict: If you’re a fan of shooters but looking for something a bit different, then Superhot should definitely be on your playlist. Its innovative slow-motion game mechanic blended with its unique, minimalistic aesthetics and eerie storyline makes for a truly captivating experience. This is one title I would highly recommend to anyone who loves gaming. 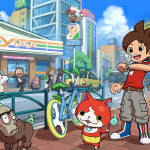