There’s an interesting split in the watch world between the vintage, classic heavyweights such as Rolex and Cartier, and the smartwatches of Samsung, Apple and others. The former brands are known for grandeur, build quality and reliability; the latter for adaptability and state-of-the-art interactive technology.

However, the two sides of that market are starting to intertwine. The latest to dip its toe into the smartwatch sector is the Tag Heuer Connected, branding itself as the first ‘luxury’ Android Wear Smartwatch. The partnership with Google will cost around £1100 – and for that you get 4GB of storage and a host of gizmos and gadgets packaged within a sturdy titanium casing.

When you remove it from the box at first glance, from a distance, the watch resembles the well-loved Tag Heuer mechanical watch – but that’s a digital face you see there, complete with hands, index, chronograph counters and minute track. The bezel, to the side, is a button and not a traditional winding mechanism.

There are three digital faces in black, deep blue or pearl white, each coated by scratch-resistant sapphire glass with a hefty 46mm diameter screen. The depth, at 12.8mm, suggests a fairly chunky feel, but the titanium build and rubber clasp of its sister model, the Tag Heuer Carrera, allows the device to only weigh in at just 52g. Other straps are available in different colours.

Smartwatch aficionados might be disappointed by the pixel density of just 240ppi, which falls short of competitors – but despite this, Wareable stated that the custom faces are “by far the best we’ve seen, with an incredible attention to detail that Tag fans, in particular, will love.”

Intel is powering the heart of this device through a 1.6GHz dual-core processor to allow smooth and fast responses. The three counters at 6, 9 and 12 o’clock are fully interactive, giving you access to everything from the stock exchange to the latest news on the screen.

The package promises a minimum of 25-hours battery life on full charge, the trade off for the lower screen resolution. A microphone is also built-in to allow voice control.

No longer will you have to take your smartphone on jogging runs or out in the rain; all Android Wear apps are accessible and useable for the Tag Heuer Connected, including 1Weather, Find My Phone, and Runtastic.

Tag is also developing its own apps for the watch, and four apps come pre-loaded to integrate with the bespoke watch faces, including RaceChrono Pro (motor lap timing) and GolfShot Pro.

This is a smartwatch for the urbane gentleman takes inspiration from How To Spend It, and wants the newest, most interesting technology at his wrist while retaining the legendary brand that is Tag Heuer and its Swiss Engineering heritage.

Sales have been remarkably brisk and the company is near-doubling its production run from 1200 units a week to 2000.

Upgrades will be available as the smartwatch market evolves – and watch out for the gold and diamond-set version in 2017. 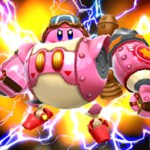