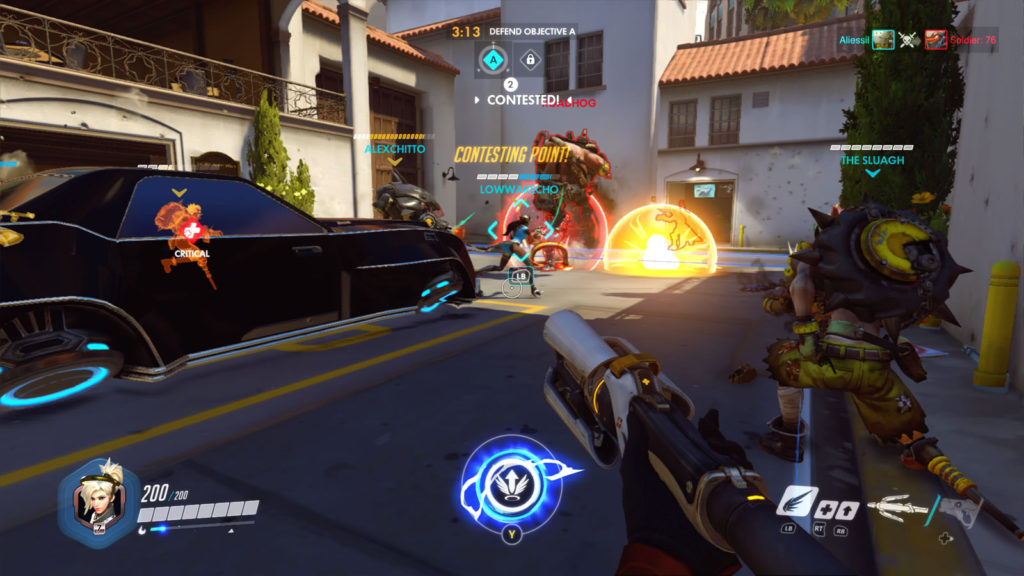 Overwatch is an enigma wrapped in a MOBA, wrapped in a Pixar movie, and further wrapped in a first-person shooter (FPS). The easiest way to explain is it is a competitive online multiplayer shooter, but don’t dare compare it to the multitude of war-time games out there. Instead, it’s a product that’s trying to stand out from the crowd. This is where Blizzard has somewhat shot itself in the foot.

The characters of Overwatch have intricate stories, rivalries, and an incredible world that are only briefly touched upon. The company’s PR machine has worked over(watch)time since the game’s announcement with all sorts of character details and pre-rendered movies, but the game lacks any kind of story mode to complement the lore. It’s a pity and a missed opportunity that can hopefully be rectified later.

Even with the 12 included maps, it just feels a little devoid of sizable content

However, this lack of functionality has enabled the developer to concentrate on the multiplayer experience, and it shows. The game contains several different modes, which are map specific. This allows each map to be fully crafted by Blizzard and learnt by its players to get the most out of it. It does, however, feel like a taste of what’s to come — the canapes before a rich, tender roast. You’ll quickly learn the layout of each location and how the game modes can be manipulated. Even with the 12 included maps, it just feels a little devoid of sizable content.

Overwatch allows for drop in and out gameplay, which is both a blessing and a curse.

It’s easy to pick up Overwatch, play for 20 minutes and walk away. Similarly, it’s easy to get lost within it for hours on end and neglect your daily hygiene routines. This ease of use allows for more players to get to grips with the game, but also allows for abuse as well. There are too many rage quitters within Overwatch, and once too many people leave a match the game will kick you back into a lobby, forcing you to wait for another game. There are moments when the game’s server freaks out and adds you to a game that’s just finished, or randomly kicks you out of another for unspecified reasons.

This ease of accessibility has attracted a lot of players which means it’s usually easy to find a match with random players and friendly ones as well. This adds to the overall experience of the game, making it that much better.

Playing with random people can have its downside as everyone favours certain characters, even if Overwatch is geared towards switching characters mid-game to adapt to the battlefield. Matches may be filled with offensive or defensive characters with no one picking a support character, which makes games unbalanced. Of course, you can get away with this in a lot of situations, but it’s better to try have a balanced team. Even though Overwatch will state the team is unbalanced, it’s not enforced. After a match is completed, the game will highlight the ‘Play of the Game’ for whatever reason and show a short clip of that player in action. It’s always a proud moment watching your avatar mow through the other team or heal your own teammates before they’re slaughtered.

Overwatch is made easier to enjoy with its tight, fluid controls. Nothing feels wasted as you aim for headshots or try build ice walls in front of the enemy.

There is a point to kill streaks, healing, and how you play, which comes in the form of XP. Your player rank will level up and you’ll be matched against players of your skill level in future games. Overwatch still doesn’t quite match players evenly yet as level five players can go up against level 25. Each level up nets you a Loot box which is filled with random new skins, poses, or other items for the various playable characters. These trophies don’t impact your character’s abilities but are a way to show off how lucky you are. The Loot boxes can also be purchased for real world currency which can make Overwatch feel cheap with microtransactions to set your character apart from the others. Paying full price for a game with microtransactions feels somewhat tacky.

Overwatch is absolutely gorgeous. It’s a stunning, beautiful game and you’d be forgiven for thinking it was designed by Pixar. It has an overall cartoon animation style that lends itself to the easy-to-play style it promotes. At no point did Overwatch drop any frames during matches or show slowdown at all. It’s pretty much a perfect looking game. In fact, you’d be hard-pressed to find an aesthetically better FPS right now.

Verdict: Overwatch is a stunning online shooter with an incredible amount of polish and shine. Even with its content feeling lacking at times, players will easily slip into its easy mechanics and world. It’s recommended for anyone wanting to play in short or long bursts. 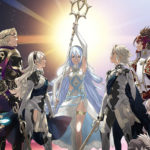