It’s that time of the week again, so let’s cut to the chase and talk mobile games.

Our favourites this time are Pokemon Go and the new Humble Bundle — but there are four other picks in this edition as well. The eagerly anticipated game has been released in several countries so far, but South Africa isn’t one of them just yet.

Fortunately, thanks to APK Mirror, we’ve got a link to the install file for Android, so read our guide on how to get going. Do be warned that this is an unofficial source though.

It’s also worth noting that there does seem to be some server congestion at the time of writing, so some features might not be working properly. The latest Humble Bundle is a doozy for Android fans, delivering a slew of must-play mobile games that also run on your desktop/laptop.

Pay what you want and you’ll receive 10000000, Badland and Spacecom as the base games. Pay US$3 or more and you’ll get Please Don’t Touch Anything, You Must Build A Boat, Spider: Rite of the Shrouded Moon, Knights of Pen and Paper +1 Edition, Unmechanical and Asdivine Hearts.

Beat the average price + US$3 (currently US$8.45) and you’ll also get local title Desktop Dungeons and Knights of Pen and Paper 2. Not bad at all. I’m not a basketball person but I know there are more than a few fans out there who would have some fun with this title.

NBA Live Mobile offers the usual season and head-to-head modes, as well as daily challenges to keep you on your toes. Toss in some GM aspects, allowing you to manage your team and so on, and you’ve got a pretty compelling basketball offering.

The game isn’t free of in-app purchases though, so do take heed. The original game garnered millions of downloads, so it’s about time for a sequel to drop, don’t you think?

Anyway, CSR Racing 2 offers the same drag-racing gameplay, but ups the ante in the visual department and in terms of customisation/upgrades. A Square-Enix game that’s free and not actually riddled with in-app purchases? GET OUTTA HERE.

But in all honesty, Final Fantasy Brave Exvius has received a positive reception so far, delivering more of the battles and exploration that the series is known for.

Otherwise, the addition of classic characters, decent controls and a smattering of CG visuals also makes the game worth downloading if you’re a fan. Looking for a more relaxing mobile experience? Then we’ve got a plant-growing simulator for you – seriously.

Viridi tasks you with nurturing succulents growing in a virtual garden, as you water them and acquire new seeds over time. In a rather interesting touch, the growth takes place in real time.

Anyway, that’s all there really is to it, so don’t expect to play this for more than a couple of minutes each day. 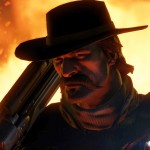