The PlayStation 4’s more recent exclusives have looked and played incredibly well. Guerilla’s Horizon Zero Dawn is a great example. But what if I don’t want to shoot things with arrows? What if I desire fossil fuel-burning madness?

The console has had few challengers for best racing simulator in recent months.

Sure, we had Assetto Corsa and Drive Club, but the former was a bit too inaccessible for casual players, while the latter was just plain drab.

Project Cars is perhaps the one game that stood out in this genre, and with the second edition of this title incoming, Gran Turismo developer Polyphony Digital has sat down and studied its telemetry.

The latest game in the Gran Turismo series might thankfully be the best driving experience we’ve seen from the franchise thus far. And meld that with gorgeous graphics, could we have a winner on our hands?

Having a go with the game’s closed beta recently, I jotted down a few thoughts of where GT Sport excels, impresses and falls short.

So I should just reiterate what I said earlier: this game is gorgeous.

On the default PlayStation 4, it impresses to no end, so PS4 Pro users with 4K sets are in for a treat. Polyphony Digital’s car models, shaders and light engine work extremely well in unison giving users a almost uncanny sense of driving reality.

It’s so gorgeous that it’s a shame it won’t be coming to PC or have a chance to be pushed by two GTX 1080 Tis in SLI.

It will be a huge time sink

It’s not an arcade racer, so there’s no moments of Trackmania Turbo-like euphoria, but nailing a corner takes a certain degree of panache. A few hours in, I still happen to run wide at Paddock Hill Bend, and don’t even ask me about the Nordschleife’s Carousel.

GT Sport then rewards consistency and practice, two things that the casual PS4 shopper might not care about.

Is this a negative though? Not entirely. As mentioned earlier, the console does need a competent racing simulator for racing fans, but you’ll need to be a bit more serious about this purchase than most.

Balancing accessibility with realistic simulation is difficult, but I feel Polyphony Digital largely pulls it off in terms of car setup options and simply mashing “Start”.

60fps at all supported resolutions

Any game that runs at 60fps at 4K deserves applause, and this frame rate remains constant on the PlayStation 4 and Pro too.

There are few if any frame blips, with minimal screen tearing on my now-aged LG 1080p monitor. Unfortunately, we haven’t yet had the chance to test the game’s HDR features.

Force feedback is also accurate and reflective of what’s on screen. There’s no sudden, sporadic shakes if you’re running over smooth tarmac, which adds to the shock of more bumpy tracks like the Nordschleife once you have your first run out.

UI actually made for humans

The menu layouts are crying for a mouse and keyboard, but using the D-pad to navigate is simple enough. Scrolling up and down takes you through the various top-level menu items, and left-hand side menu options all arranged in large tiles.

Tapping circle takes you to the exit tile.

Tapping X selects whatever it is you’re hovering on.

It’s all predictable and efficient.

The major disadvantage for most will be control schemes.

While the DualShock is more than adequate for chucking a Mitsu Evo around Brand Hatch Indy, there will come a point where precision is paramount.

This is telling in the game’s more social aspects.

A Daily Race mode allows users to compete in set events with varying start intervals. They take the form of actual race weekends, with qualifying included. But if you’re the poor sod with standard PS4 equipment and not enough courage to stick one up the inside on lap one, you’re not going to enjoy it.

I’m a competitive person, and I didn’t enjoy being ten seconds a lap slower than most around Brands Hatch.

Those with the control freedom of a racing wheel will be at a massive advantage compared to those using the controller. This could be blamed on the game’s eSports focus, but at the same time, it’s admirable that GT Sport offers that deep an experience.

Just be warned: this game won’t entertain those looking for a Need For Speed: Underground level of hilarity.

My experience with the beta thus far has been stellar. Albeit one game mode is available, three circuits are in rotation and around four cars (one gift car is awarded for participation) are at play, GT Sport looks promising for those serious about automotive eSport.

The lack of server issues, crashes and visual blips is also admirable, considering that this game is still in development.

This isn’t the last word I’ll have on GT Sport though. There’s a plethora of aspects to critique before the game matures to its final release.

But for now, I’m going to take another spin around the Nordschleife because gitting gud apparently takes practice. 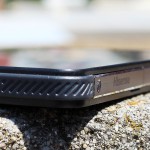