You don’t need to spend R10 000 or more to get a good smartphone these days, as there are loads of great devices for half the price. In fact, this year’s crop of mid-range smartphones should be killer devices of note, being powered by Qualcomm and MediaTek chips, to name a few.

Qualcomm’s got its recently revealed Snapdragon 630 and Snapdragon 660 chips, while MediaTek has its P20 (and the rumoured P23) on tap. So what will phones powered by these chips be capable of?

In other words, your 630-equipped phone will be more of the same compared to a phone with the 625 (Redmi Note 4, Moto Z Play). Phones with the 660 however, should see reduced multicore performance compared to the powerful 650 and 652 (being hexacore and octacore designs), but expect single core performance and general performance to be much snappier.

MediaTek’s P20 chip is very similar to the Snapdragon 630, featuring eight A53 cores to drive the CPU front. The device also uses a dual core version of the Mali T880 GPU — the Huawei Mate 8 and P9 used a quad-core version while the Galaxy S7 used a 12-core version. In other words, it’s no slouch but it doesn’t have as many GPU cores as last year’s flagships.

TL;DR: The Snapdragon 660 goes for the less is more approach, halving the core count, but using powerful cores instead. Meanwhile, the Snapdragon 630 and Helio P20 offer more of the same compared to their predecessors in the power department.

We’ve already seen phones with 6GB and 8GB of RAM launch this year, so expect both Qualcomm and MediaTek’s cheaper chips to support at least 6GB.

In fact, the Snapdragon 630 and 660 support 8GB of RAM, while MediaTek’s P20 supports one 4GB RAM module or two modules of up to 6GB in total.

Interestingly enough, if you opt for a P20-equipped smartphone, you’ll only be getting eMMC storage, being slightly slower than the new UFS standards. Meanwhile, both Snapdragon chips feature UFS support.

TL;DR: Want a butt load of RAM in an otherwise budget device? Then both companies support at least 6GB of RAM, but Qualcomm’s chips hit the 8GB mark too.

Qualcomm’s new chips are built on the 14nm manufacturing process, while MediaTek uses the slightly older 16nm process. So what does that mean?

It means that the smaller the chip, the more power-efficient it tends to be. So Qualcomm has the edge on paper, but you should see these chips do the same tasks with less power used than their predecessors.

Both companies also support fast-charging tech in their new mid-range chips, in the form of Qualcomm Quick Charge 4.0 and MediaTek’s Pump Express 3.0. Qualcomm promises 50% battery capacity in 15 minutes, while MediaTek claims zero to 70% in 20 minutes. Of course, this all depends on the size of the phone’s battery in the first place.

TL;DR: Phones powered by MediaTek and Qualcomm will obviously be more power efficient than ever before. But expect fast charging to be even faster, reaching a variety of mid-range devices.

Qualcomm and MediaTek have supported dual-camera tech for a while now, with Qualcomm also implementing some exclusive technology in its new mid-range chips.

Both the Snapdragon 630 and 660 support up to two 16MP main cameras or one 24MP camera. But the firm has also implemented a version of its Spectra image signal processor, offloading camera work to this chip. The new ISP and software also delivers better skin tones, low light performance, dual pixel autofocus and depth of field effects.

Both Qualcomm chips support 4K recording, so it looks like we might see the option reach more budget smartphones than ever before.

TL;DR: All three chips have some solid credentials in the camera department, featuring comprehensive dual camera support and 4K recording. But Qualcomm’s chips do support better autofocus and higher resolution dual cameras, if anything.

The 625’s successor (the 630) tops out at full HD again, while the P20 doesn’t see a major improvement here either.

Meanwhile, the Snapdragon 660 maintains the Snapdragon 652’s support of 2560×1440 screens. It’s further proof that the gap between flagship and mid-range is ever closer.

TL;DR: Full HD screens have become standard in the mid/upper mid range sector, so expect phones with the 630 or P20 to indeed pack one of these screens. Meanwhile, the Snapdragon 660 supports 2560×1440 displays, bringing high-end specs to cheaper phones. 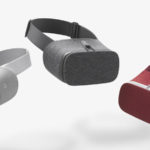