By Andy Walker, former editor
Read nextMeizu Pro 7 leaks: why would you want a colour display on the back? 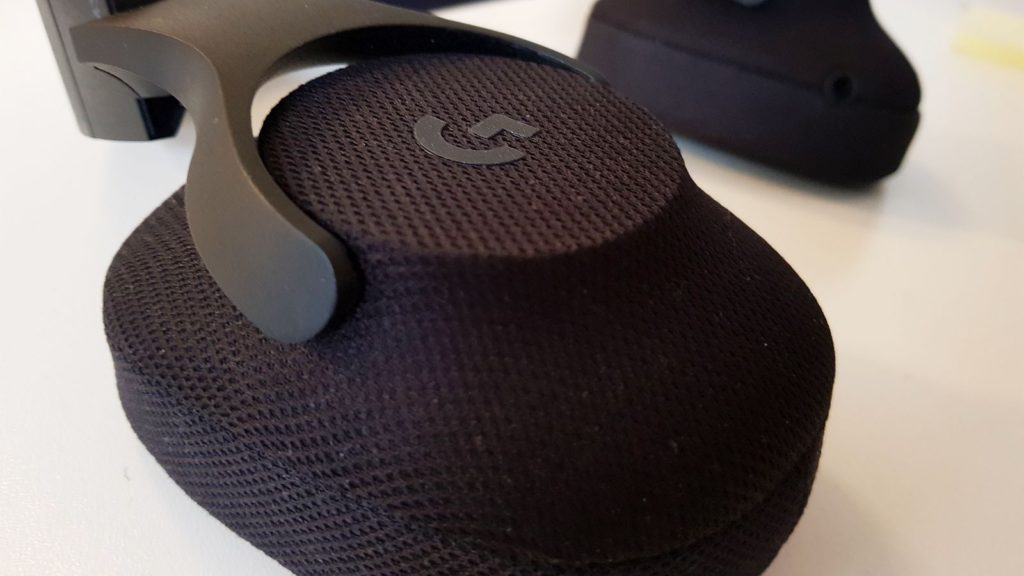 Can gaming headphones really be used on the bus, or the train, or even walking to work? That’s what the Logitech G433 is trying to answer, the peripheral company’s latest every-wear gaming-slanted ‘phones for the modern human being.

It’s an unusual product direction for Logitech, usually known for making ridiculously overdesigned cans that are either laced with LEDs and weird colours or enormous earcups and creaky plastic frames. You wouldn’t really want to be seen in public wearing the company’s G633s for instance, but the G433 is tamed, somewhat, in both bling, weight and comfort. Hell, it might actually appeal to those not interested in gaming at all. Sacrilege? Probably. But that’s Logitech’s marketing strategy with the G433.

To quote its parents, the Logitech G433 is a “new breed of headset with all of the advanced features for gaming– in a lightweight, comfortable design that fits the rest of your life”.

That’s a lofty claim, but has Logitech achieved this goal with the G433? I answer that and more in this review. Divisive as Logitech’s lavish design language has been in the past, there’s no doubt that the Logitech G433 is the company’s least offensive set of cans. They might not be as exciting as the G933 or G430, but they’re understated, functional and fairly hardy.

The G433s are available in black, deep red or a denim-like blue. All three are attractive, while the two coloured varieties are more striking and akin to that recent knitted shoe fad sweeping the fashion world. Covered from cup to enclosure in fabric, they do resemble utilitarian earmuffs. The frame and headband matches the fabric’s textured aesthetic too, molded from rough, textured plastic. If you purchase audio accessories with fashion in mind, the G433 could feature on your shopping list.

Oh, right. There’s also a blue-camo version that I wish no one had reminded me about.

Notably, there’s no micro USB input on these cans — instead, two 3.5mm jacks serve as the I/O, making it fairly simple and foolproof to setup.

The port facing the front of the left earcup houses the clip-out microphone, while the other port can use one of three supplied cables. One has an in-line microphone if you’re using a controller or audio-out port. The other cable plugs into a USB soundcard-to-3.5mm connector, fit for use with gaming consoles or PC. As for the other cable, it serves as a 3.5mm-to-audio and microphone-in splitter.

A really nice addition that some will find handy (provided the 3.5mm jack survives its current purge).

Note, if you’re planning to use the plug-in microphone, you’ll need to use the USB soundcard-to-3.5mm connection method. The included cables are also of adequate length, and feature little control nodules for muting the mic, upping the volume or clipping to a shirt. The plug covers themselves are clad in textured rubber which makes them easy to insert and remove from stubborn ports. The cables are also sleeved, which will keep snagging to a minimum.

Gaming, music and that microphone

With that stated, let’s move onto the actual sound.

The experience will obviously differ from person to person, but I deem the Logitech G433 worthy for immersive gaming and casual music enjoyment.

Playing delicately scored titles like Horizon Zero Dawn and Fallout 4, subtle sounds like footsteps are audible and not drowned out in quieter moments. With the volume on both the PlayStation 4 and headset itself completely cranked, there’s very little distortion. These cans can also get extremely loud too, but neighbours shouldn’t be able to hear your mini-nuke and deathclaw party when they’re on your head.

Louder titles like Plants vs Zombies: GW2 — a title that relies on positional awareness — benefits from the G433’s large spacial room too. But this is where the ‘phones do struggle. Louder moments show the Logitech G433’s lack of definitive punch in the mid-to-low range. Explosions felt cold, while the more subtle audio cues were drowned out in busier moments. I can’t recall just how many times I died because I couldn’t hear enemies on my ass. I also don’t recall experiencing this on my personal Logitech G633 cans.

But the worst feature of these headphones is undoubtedly the microphone. It’s atrocious.

It comes as an add-on and clips into a 3.5mm jack. It extends to the user’s mouth via a bendable rubber stalk. The stalk is sturdy and is easy enough to bend with one hand, but the microphone itself suffers from a poor noise filter. Breathing is almost always audible, and any plosive letter is a massive problem for those on the receiving end. Turning the mic away from your mouth is not advisable either. Doing this often, those also in the gaming session commented on how silent I was. Turning it back, they complained about my breathing. The Logitech G433 with a flash drive for size comparison

This issue is exacerbated by the mic-to-headphones passthrough that’s available too. Granted, it is a nice feature but it’s only available when using the USB soundcard.

The Logitech G433 cans are also 7.1 channel capable, so expect shooters and RPGs mixed for multi-channel audio to sound relatively good on these. Well, if you’re playing on PC and have Logitech Gaming Software installed, that is.

But gaming isn’t really this headphones’ calling, right? I mean, they’re supposed to fit the “rest of your life”. So how’s the music performance? Well, this depends on the music.

Trap, house and more bass-heavy-bleeping-treble genres sound good. Even Kendrick Lamar’s new album is reproduced with respectable clarity. If you’re more into rock and heavier guitar-laden artists, the Logitech G433s aren’t for you. But considering these cans as on-the-go gaming cans, they do well for podcasts, interviews and radio listening.

To Logitech, these aren’t meant to simply be gaming cans. So practicality was taken into consideration.

They’re lighter than most gaming phones I’ve used, including its fellow Logitech sisters. Typing this review with the Logitech G633 clamping my head, I can’t help but miss the much gentler G433’s fit. The ‘phones also tend not to squeak when moving your head vigorously, which is a bonus during music listening sessions and gaming jams. Great work on the plastic frame, Logitech.

Of course, because they’re in the middle ground between active ‘phones and gaming ‘phones, the Logitech G433 has unique flaws. For one, there are a ridiculous number of cables you’ll need to lug around if you’re gaming on the go. Sure, it’s great that Logitech has covered for all eventualities, but it’s not practical for those who tend to lose cables often. That microphone stalk is also rather easy to misplace.

Additionally, the Logitech  G433 doesn’t quite fold into a ball like most portable phones. The cups do fold flat, which allows them to fit into most headphone cases, but that’s just another limitation caused by its jack-of-all-trades approach. The cups are also fairly large, and take up a fair amount of room when shoved into a laptop bag.

But overall, the fit and finish is adequate. The fabric cups should absorb scratches, but they’ll also pick up more dirt than plastic-shrouded phones. Logitech rather nicely also includes a secondary set of cups too — something it completely forgot to do for its more expensive G933 and G633 cans.

So are they worth their salt? Are they actually useful as gaming cans and train entertainers?

Well, yes. But reign in those expectations, Donnie.

Naturally, trying to bridge two distinct market segments with one product is going to mean the Logitech G433 isn’t the most complete set of cans for gaming or entertainment. But hell, some people only have enough cash for one pair of ‘phones. Some people want to buy one pair of cans that they can use in a number of different situations.

The Logitech G433 fills that niche.

Now, to say that these are the best headphones the Swiss company has ever made would be complete nonsense, but they are among the most practical, durable and attractive. Logitech’s included a thin mesh bag. A nice touch, but don’t expect it to last through the winter.

If you have the money to purchase a pair of gaming-only cans, and a pair of on-the-go cans, rather do that.

But for US$100, they’re playing in the same price bracket as Logitech’s own G633 gaming cans, and are just slightly cheaper than Plantronics’ iconic Backbeats for those who want to be entertained during commutes. The Logitech G433 is an admirable attempt from the Swiss company, but it shouldn’t be purchased as a primary pair of gaming ‘phones.

Note: there’s no South African price as yet, but expect these cans to retail in the upper R1000 bracket when they do hit our shores.

Verdict: The Logitech G433 isn’t terrible. In fact, I quite enjoyed my time with them. But because of their aim to be the “new breed of headset with all of the advanced features for gaming — in a lightweight, comfortable design that fits the rest of your life“, they’re compromised in both areas. If you have the cash, get two distinct headphones for the two distinct situations. But if you don’t, the G433 will serve you adequately. 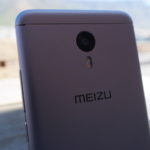 Meizu Pro 7 leaks: why would you want a colour display on the back?
Mobile Phones • 4 Jul 2017
Read More
More