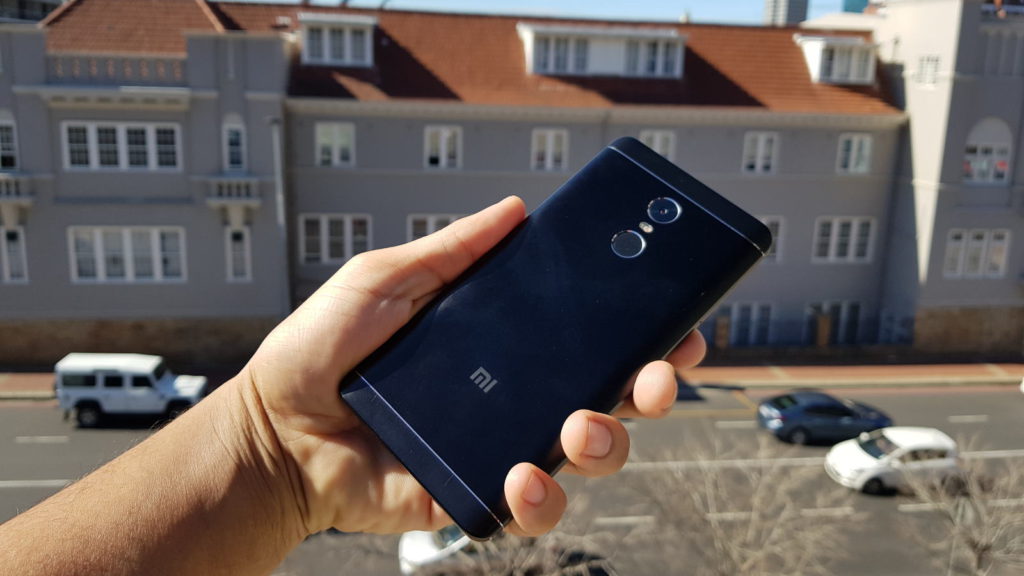 The Redmi Note 3 (review) was one of our favourite smartphones of 2016, packing a gigantic battery, powerful Snapdragon 650 chipset and a solid hardware design. You’d expect a phone like this to retail for R6000 or more, but a price tag just below R4000 made the Note 3 one of the best deals of the year.

The phablet wasn’t without flaws though, with a solid but not great camera being the chief culprit here. Other annoyances include the off-centre microUSB port and the 2GB RAM/16GB storage (before the 3GB/32GB model was introduced).

So we’re glad to see the Redmi Note 4 released in South Africa, hopefully building on the sturdy foundation of its predecessor. And first impressions are pretty encouraging, it must be said.

Gone is the off-centre microUSB port. In its place, we have a centreline port, but it’s still microUSB. Blegh. This wouldn’t have been a problem a year ago, but the industry is charging forward rapidly, with many a mid-range phone adopting USB Type C.

Otherwise, we’ve got a phone that starts out with 3GB of RAM and 32GB of expandable storage. So at least two of our annoyances are addressed, for better or worse. 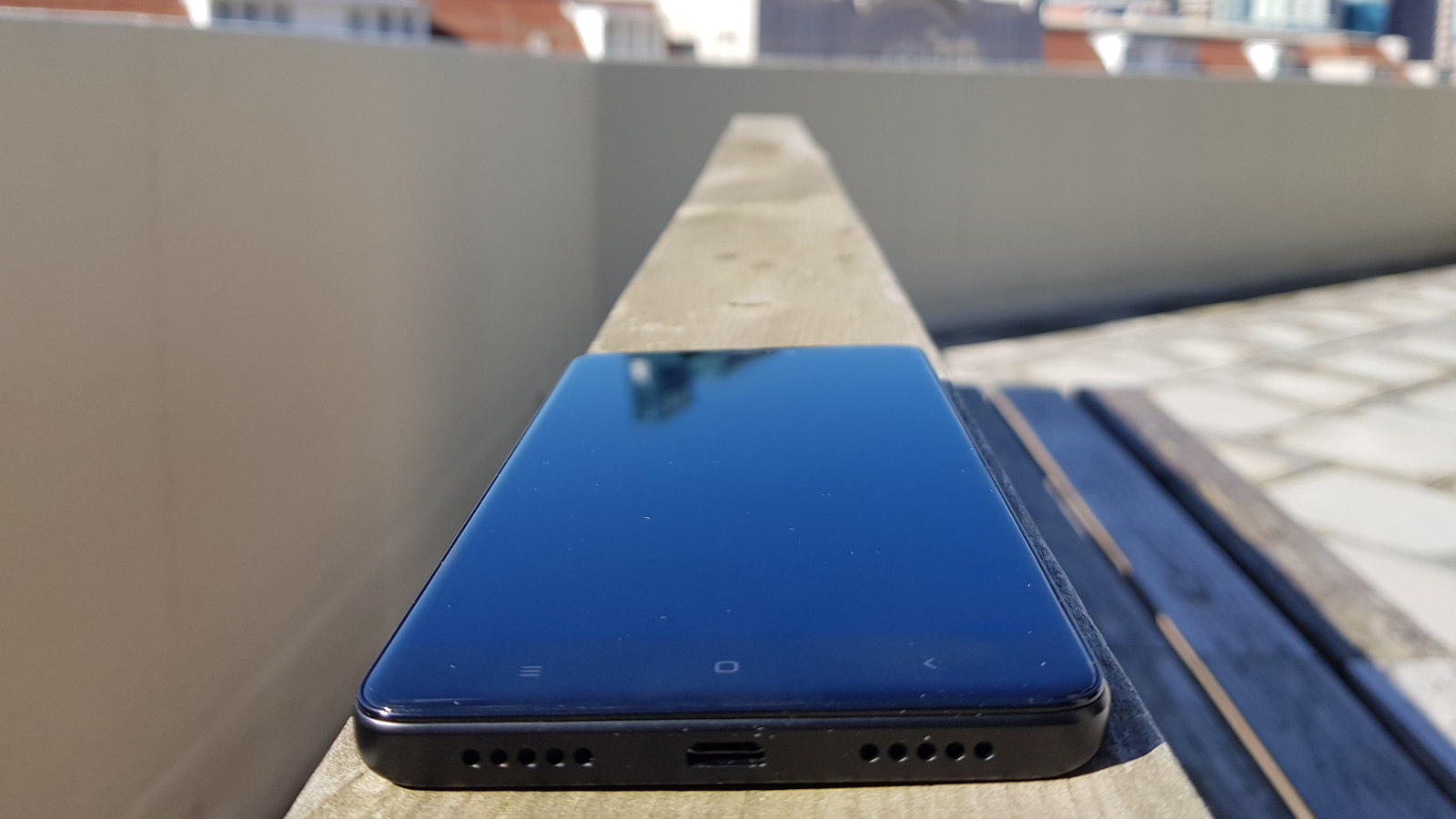 When it comes to the actual hardware design, I have to say that I prefer the Redmi Note 3’s heft and metal-like back to the Note 4’s design. Not that the new model is bad — far from it. It feels much lighter and thinner than last year’s phone (although measurements say it’s only a gram lighter), with only the Xiaomi logo and thin antenna lines interrupting the rear cover’s lines. The front is similarly spartan, with three capacitive keys and the earpiece/selfie camera being the only interruptions.

It’s clear then that the Redmi Note 4 is a stark yet well-designed smartphone, but the Redmi Note 3’s thick design made it stand out more in a crowd of generic devices. Your opinions will vary — and that’s obviously okay.

As for I/O, aside from the aforementioned microUSB port at the bottom, we’ve got a speaker grille on either side. But, as is the case with a few other recent smartphones, we notice that audio only plays through one of these grilles. A clear case of symmetry over functionality, then.

Otherwise, we’ve got a power/volume combo on the right, headphone jack and IR blaster (yes!) on the top and hybrid SIM slot on the left. Thank goodness there’s an IR blaster here, because I’ve forgotten to get AAA batteries for my TV remote.

So then from a design perspective, the Redmi Note 4 is thinner and sleeker than last year’s phone — and that’s what most people probably want. But you might find the Note 3 to have a more memorable design — I know I do.

Every MI(UI) and every you 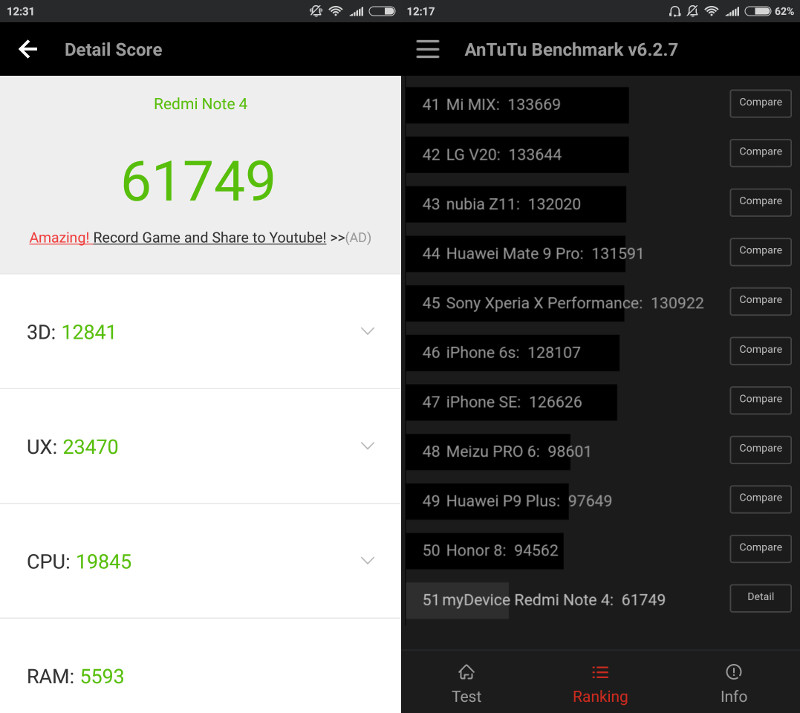 Xiaomi’s MIUI is probably the most consistent Android skin, having maintained its pastel lashings of turquoise, blue and green for a few years now (or at least it feels that way). And this consistency extends to the functionality side of things. So those coming from other Xiaomi handsets will feel right at home here.

For Xiaomi newbies, it’s fair to say that MIUI evokes iOS, owing to its dock menu, settings screen and lack of an app drawer. But it’s certainly got a few features that make it stand out from stock Android, such as a blacklist for mobile app data, a reading mode, dual apps support (two WhatsApp profiles on one account, for instance) and a themes store. From a functionality point of view, it’s clear that MIUI is one of the better Android skins around.

In terms of performance, the phone isn’t going to wow you. In fact, things like VR and advanced games will run more smoothly on the predecessor owing to the beefier Snapdragon 650 chipset being used. Antutu benchmarks put the phone in the low 60 000s, being below the Redmi Note 3, Huawei P9 and iPhone 6s.

Still, general performance was nippy enough, the phone breezing through homescreens and launching apps pretty quickly. In fact, my only problem with general performance is that taking HDR snaps is a tedious process, taking two or three seconds to save one snap and leaving you unable to take another HDR shot in that time.

The Xiaomi Redmi Note 4 isn’t going to blow you away in the speed stakes, that’s for sure

What about the games? You’ll get away with playing most games on the Redmi Note 4, but expect complex 3D titles to vary from smooth to not running well at all.

We tried four advanced games on the Note 4, in the form of Suicide Squad, NASCAR Heat Mobile, FZ9 Timeshift and Super Mario Run.

Suicide Squad was very playable on high detail, but saw occasional jerkiness (such as when you first start). Meanwhile, NASCAR Heat Mobile was anything but smooth, running below playable levels all the time. Based on NASCAR, I expected FZ9 to be choppy, but the slow-mo shooter actually ran at a smooth framerate. Finally, we had no problems playing Super Mario Run‘s first few levels, being super smooth — you won’t be blaming judder for dying here.

We also tried out less advanced fare, such as Gunman Taco Truck, Fury Turn and Oceanhorn, all playing without any perceptible judder. So then, if you’re buying a phone based purely on its ability to play cutting-edge games and emulators, you’ll want to hold off on the Redmi Note 4. But it’ll still play most games without issue. 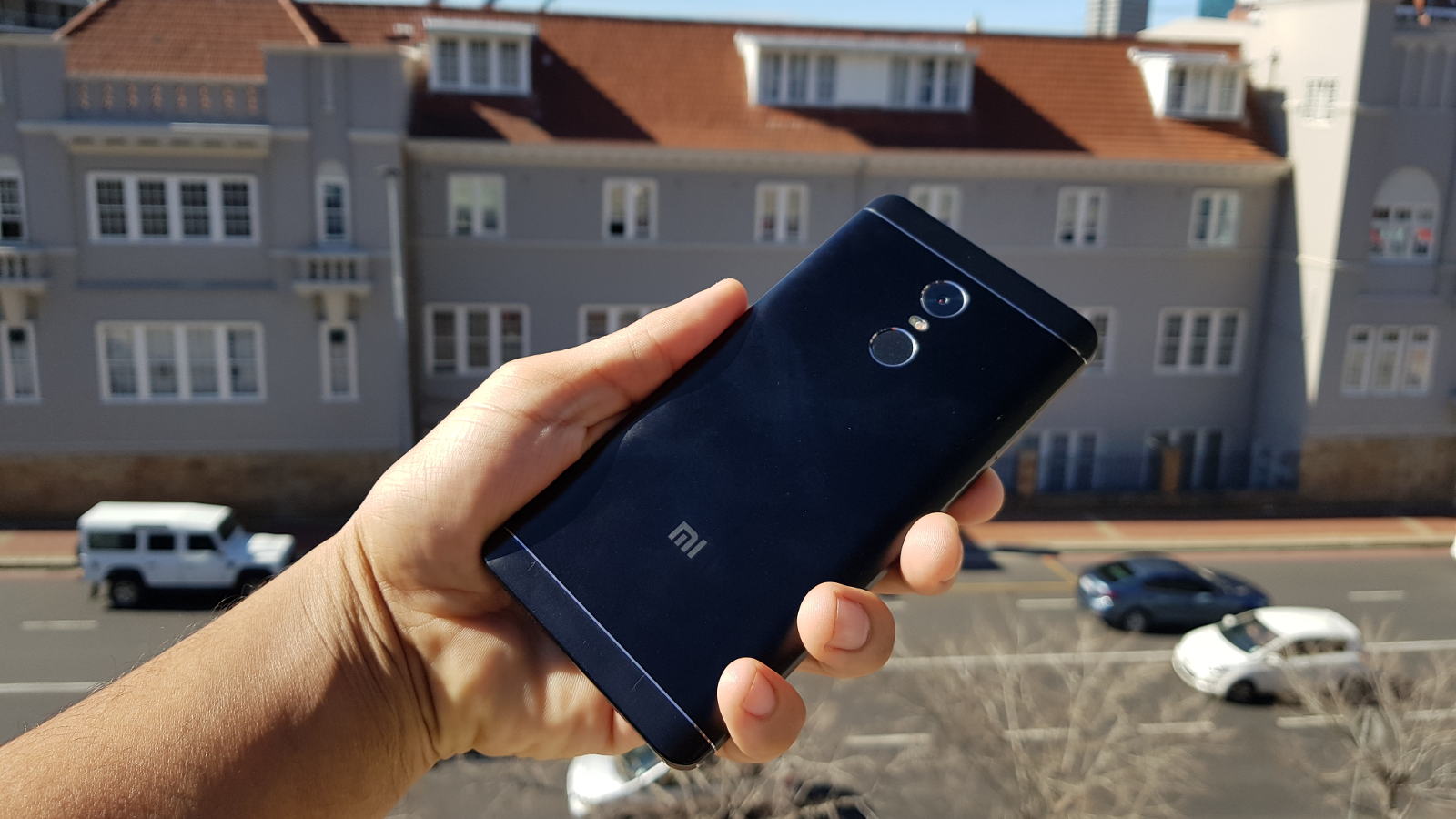 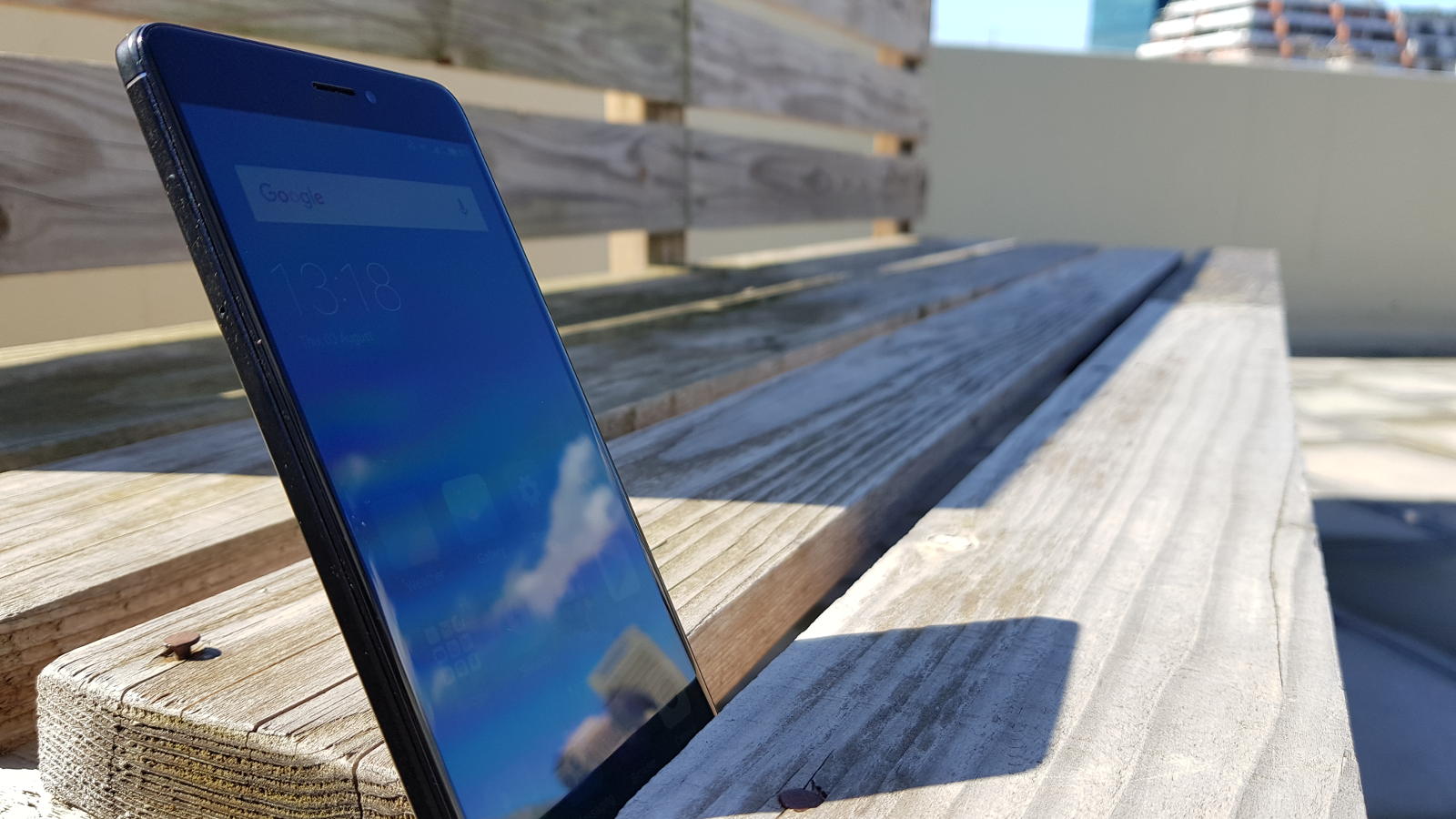 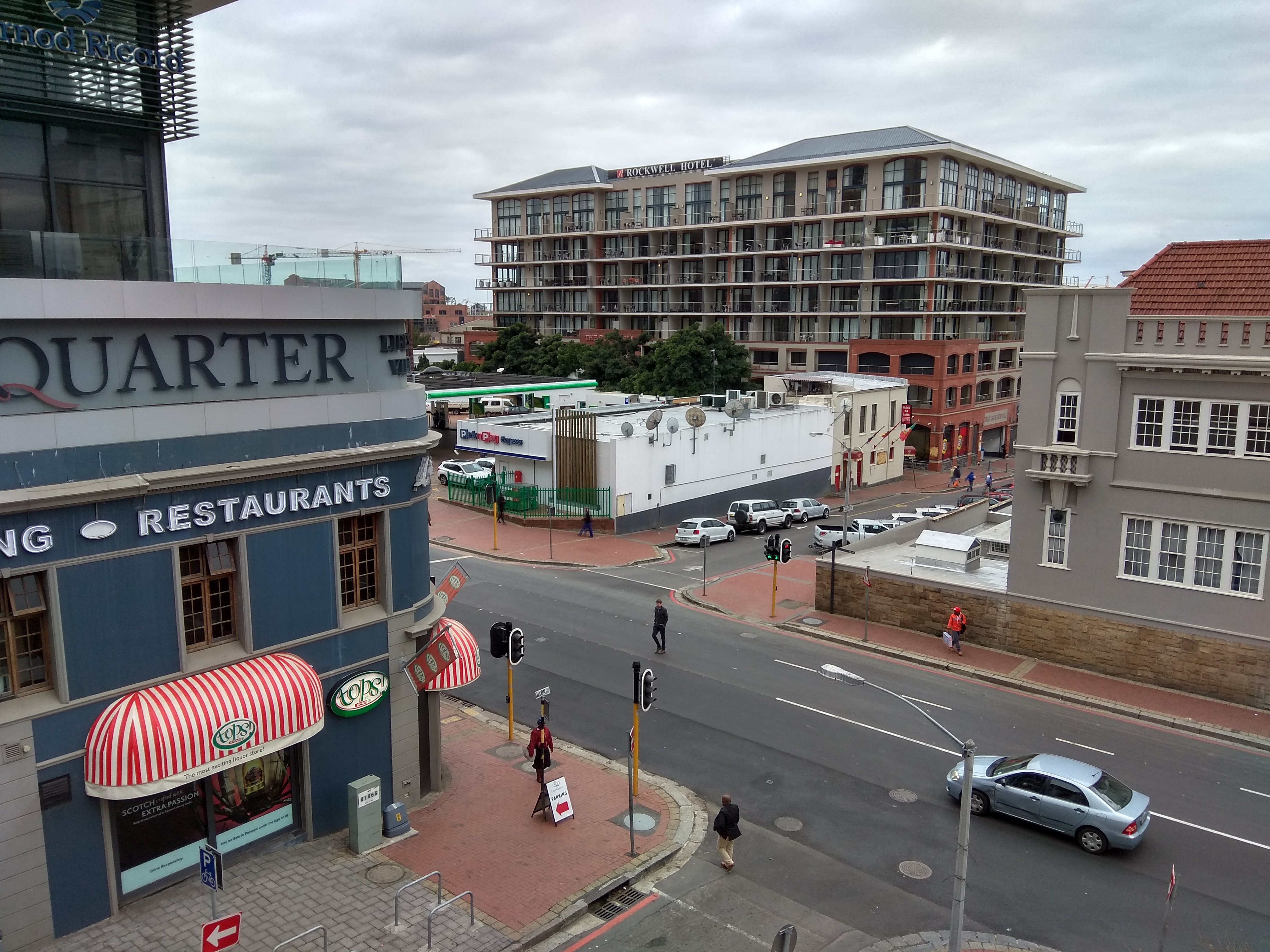 Another case of HDR bringing a shot to life, but with blur once more coming into play. Check the people on the opposite street corner. 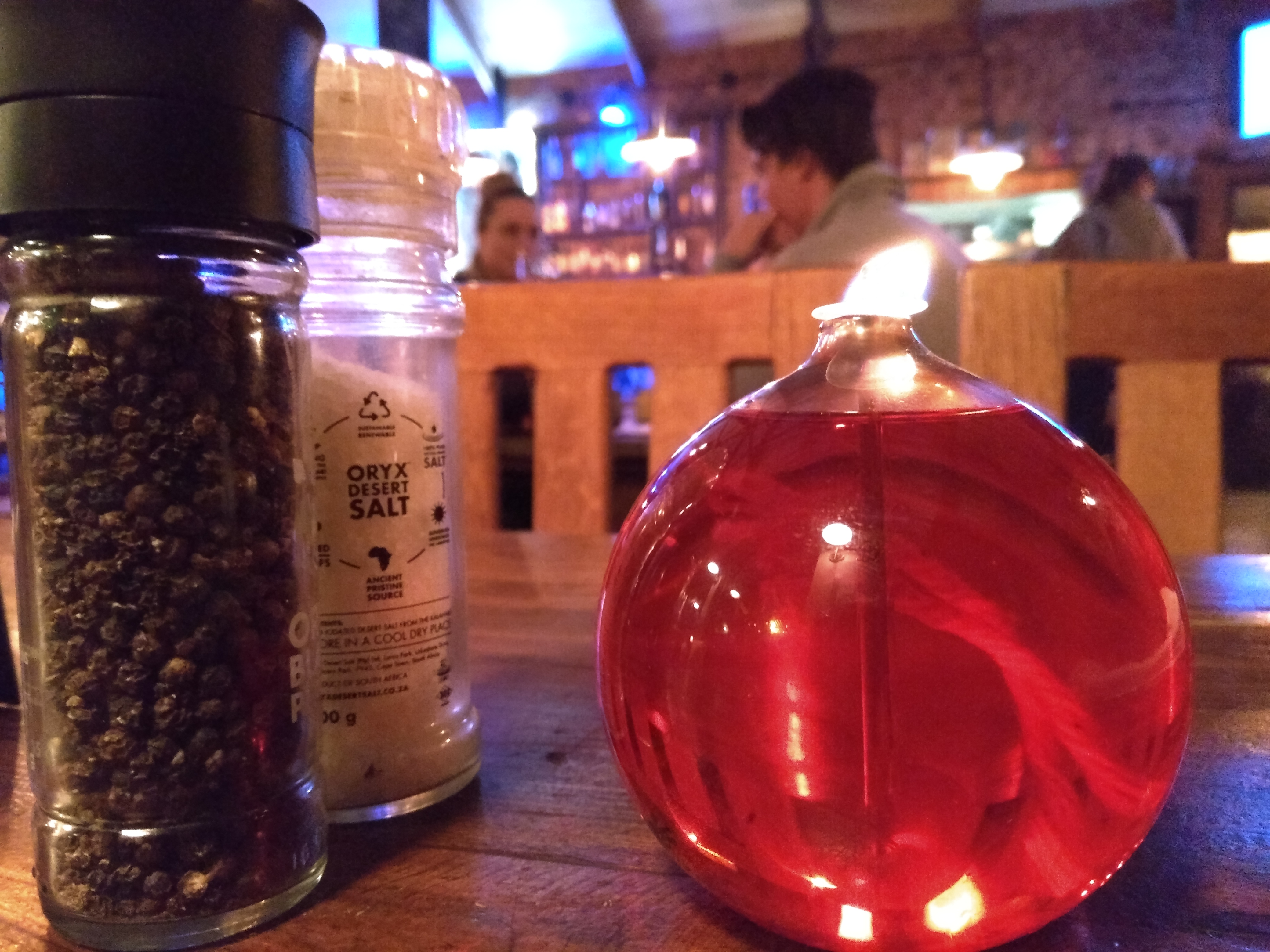 Much like other Xiaomi devices, the Redmi Note 4 has a long shutter HHT mode, producing a solid photo here. 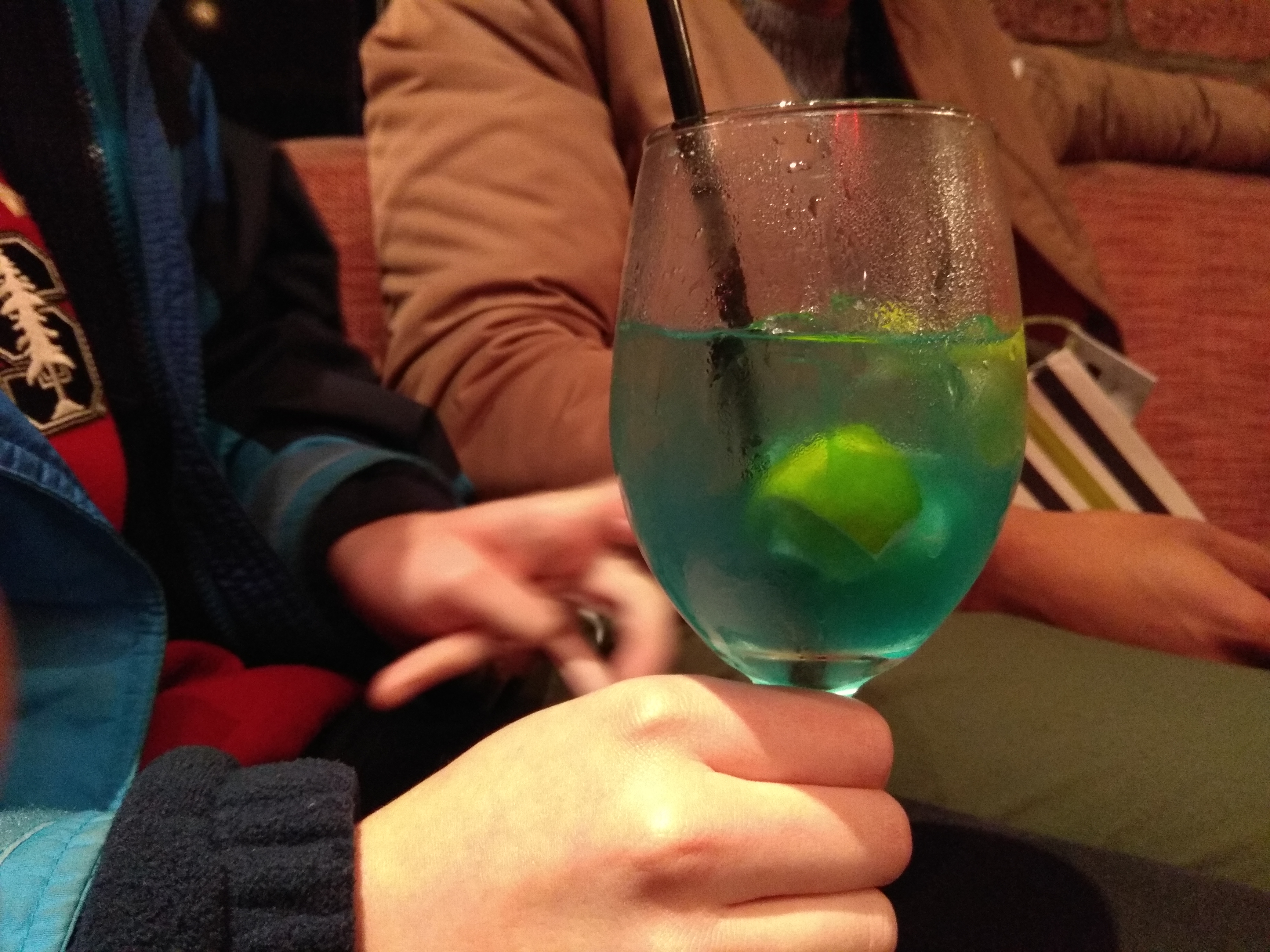 Bar settings aren't ideal, but you can still get a decent level of detail with the right amount of light. 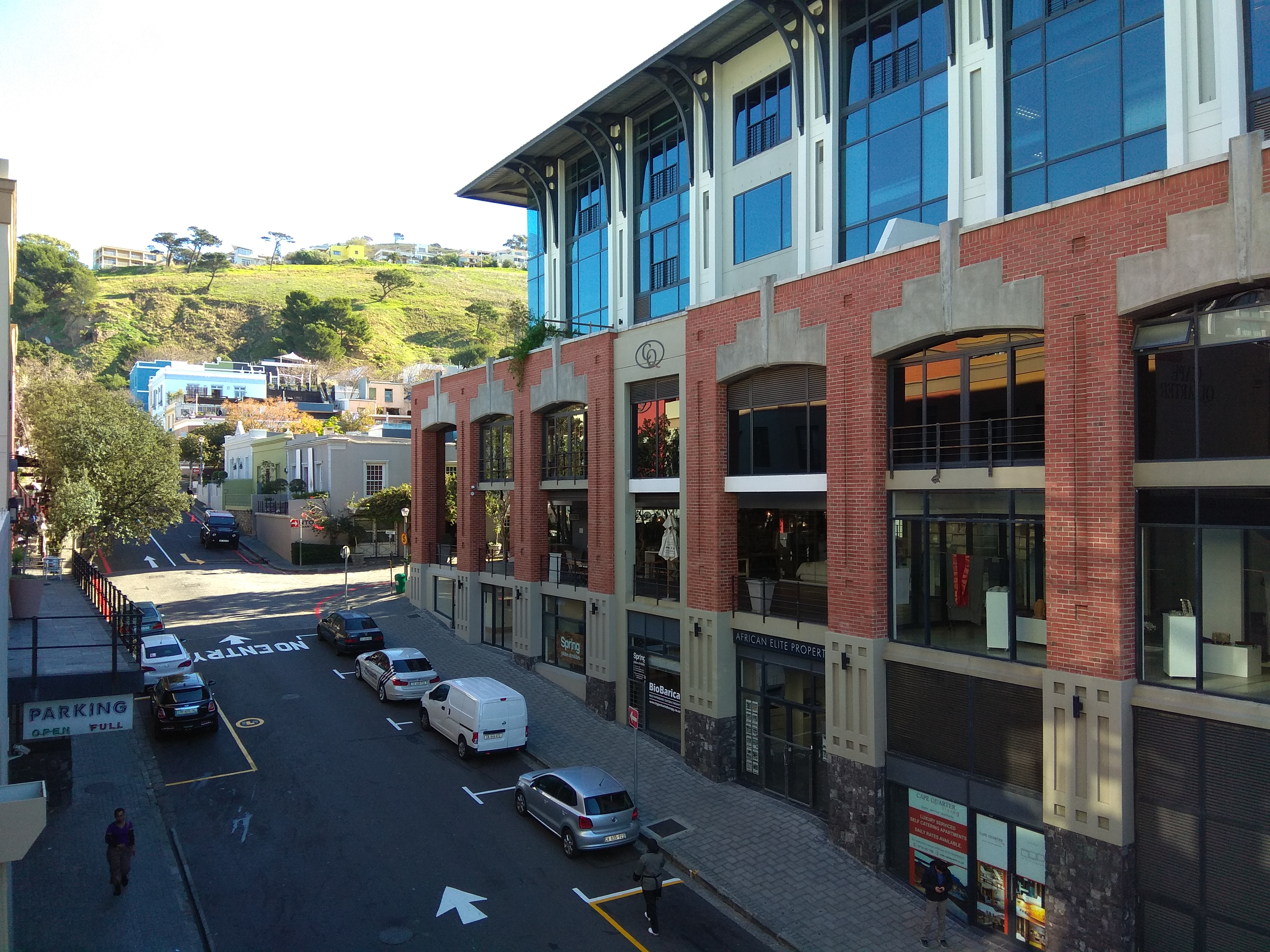 The non-HDR version of the shot shows a blown out sky and dull colours in general. 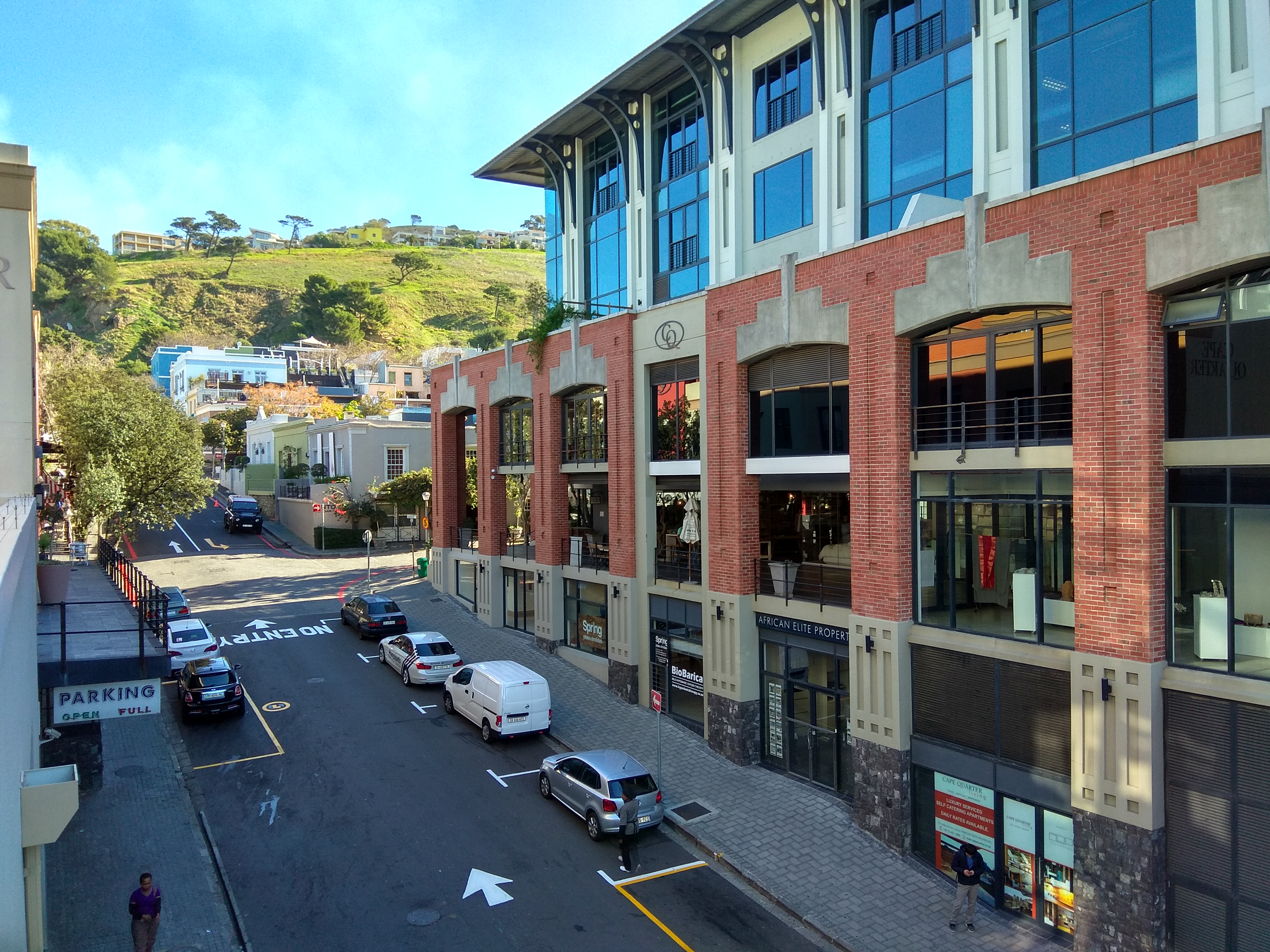 The HDR shot spruces up the colours in a significant way here. But it comes at the expense of blur (check the person behind the VW). 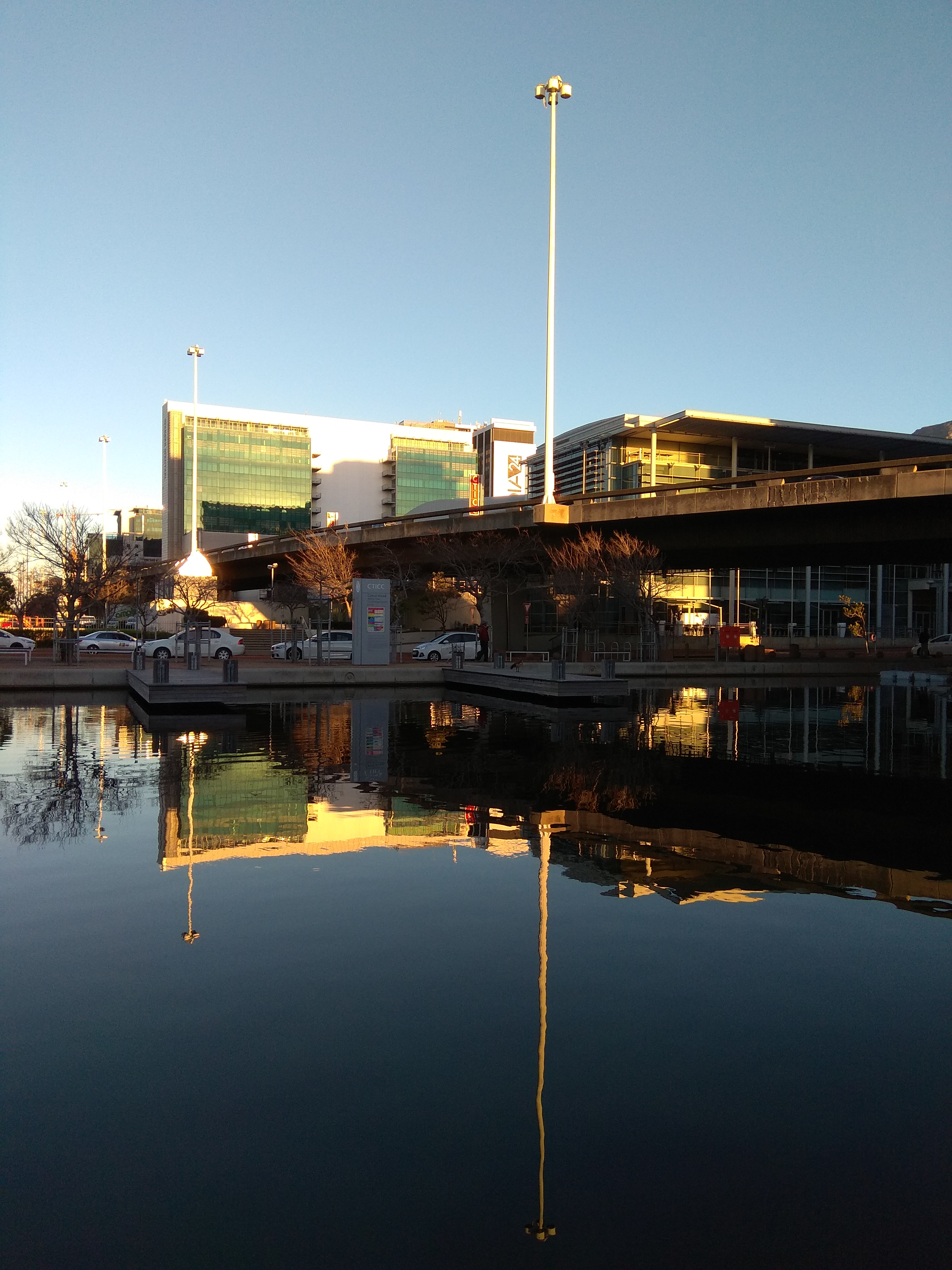 There's quite a bit of noise if you zoom in a little, but this is still a semi-decent shot on the whole. 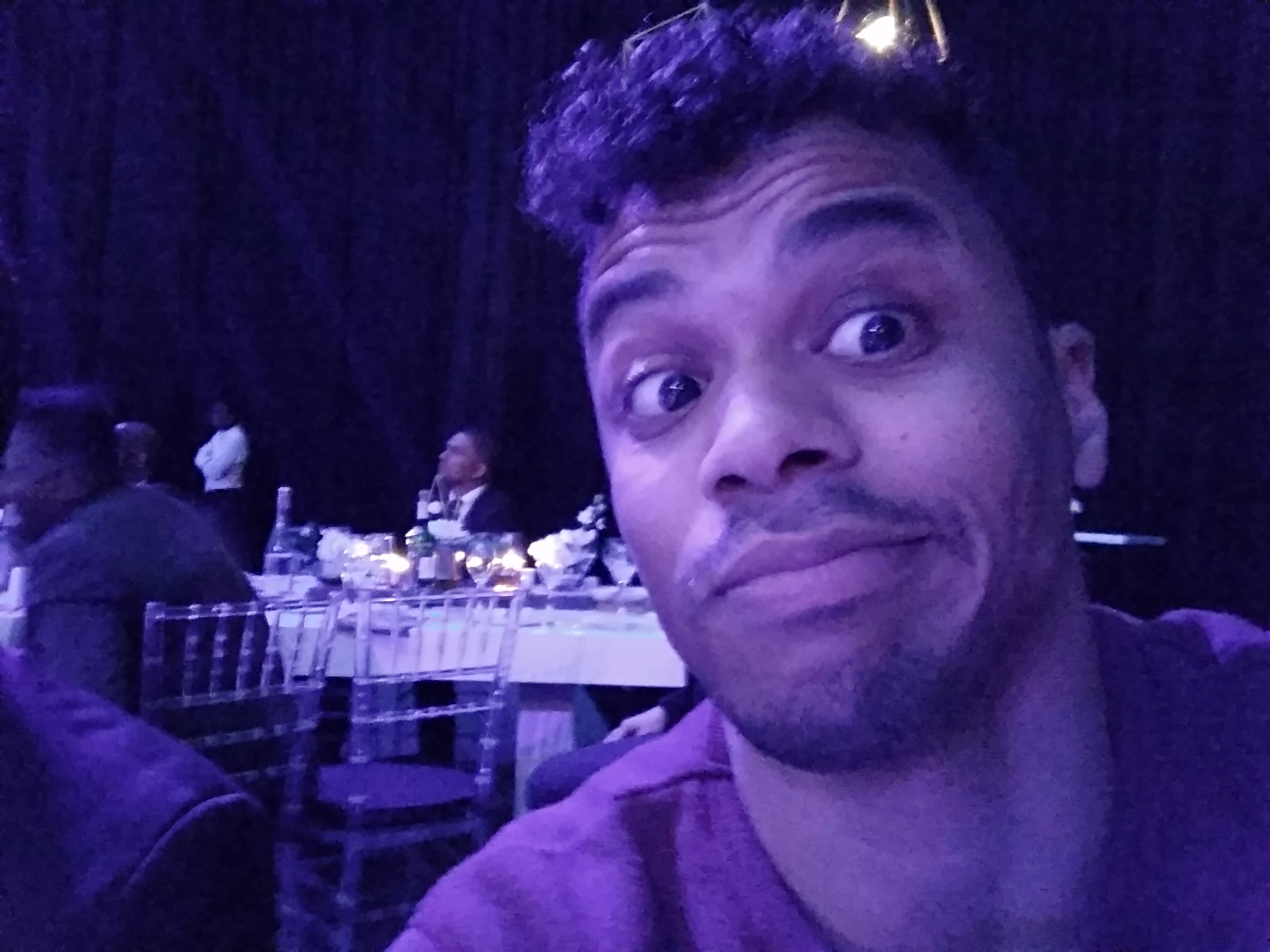 Loads of noise/splotchiness here. It'll do okay for WhatsApp and the like, but it's not crop-friendly at all. 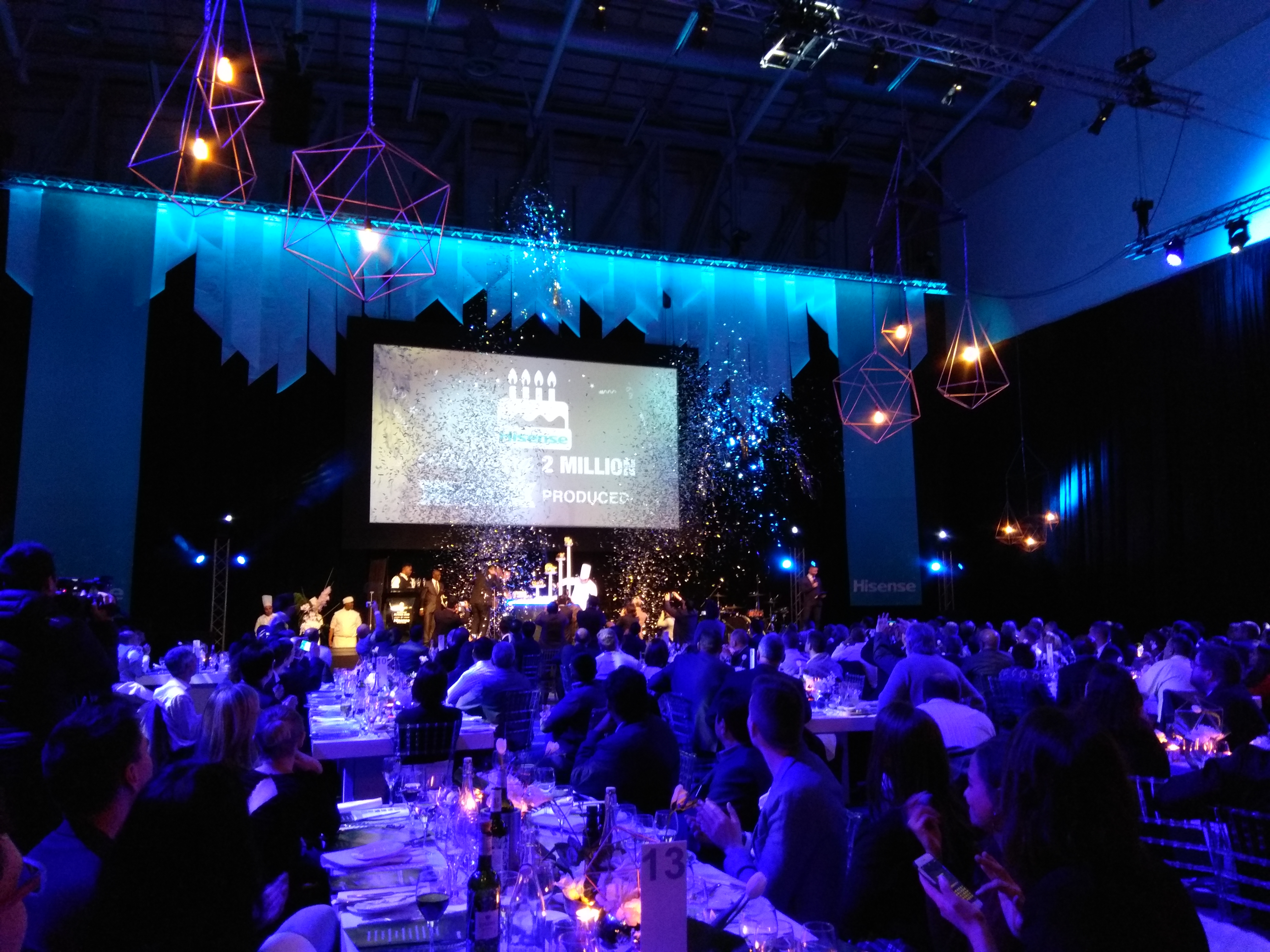 The Redmi Note 3 made its budget trappings known in the camera field, taking photos that were good but didn’t punch above its price bracket.

Xiaomi claims that the Redmi Note 4 is better and it tentatively appears to be the case thus far (tap/click the photos above to view them at full resolution). It’s difficult to do a like-for-like comparison without the older phone on hand, but daytime snaps were predictably sharp and bright, the phone doing a good job with exposure too. The biggest issue I had was the aforementioned HDR functionality, as the phone takes several seconds to process these snaps (and with some blur to boot).

The Redmi Note 3 was a mediocre performer at night, but the successor is a solid hand when the sun goes down. Just expect some blur now and again and more than a smattering of noise to go with the final shot. Blur and noise aside, I was pretty impressed with the camera in low light, given the phone’s price tag, producing well-lit snaps in these conditions.

In the video department, things are pretty mid-range still, with a lack of OIS and some noise (particularly in the corners and in the sky) mainly to blame. Those on the hunt for 4K or even 1080p/60fps will also need to look elsewhere. It’ll more than suffice for social media, but vlogging types will want something better.

Meanwhile, the selfie department sees Xiaomi opting for a 5MP sensor that’s the standard for phones in the price bracket. You won’t be getting all 10 of you in the shot and expect things to take a big dip in quality at the bar, but daytime snaps are good enough.

The combination of efficient Snapdragon 625 chip and 4100mAh battery means that you’ll definitely not be wishing for more endurance.

Two day battery life will be the norm if all you’re doing is listening to music and using WhatsApp. Fire up YouTube and turn the brightness up and you’ll obviously be chowing down the battery — but you should still have enough juice for a working day.

We also put the phone through a looping video test, playing a 20 second 1080p/60fps clip via MX Player, with the brightness on 100% and mobile data/WiFi enabled. The result? The phone lasted for just over 11 hours, being a stellar performance then. Put this on your list if you travel a lot and want a video playback device.

Should you get Xiaomi’s latest in SA?

You’d expect a new phone to be better than its predecessor in almost every single way. But the Redmi Note 4 bucks this trend, making it difficult to wholeheartedly recommend over last year’s model. It really depends on what you prioritise in a smartphone: power or battery life.

Plan to play the latest games and use mobile VR? Then the Note 3 is for you. Need a phone that will last two days without power-saving measures? Then the Redmi Note 4’s processor will make it last even longer than the already impressive Redmi Note 3.

Otherwise, you’re looking at a slightly better camera and more RAM/storage compared to the base model Redmi Note 3. Still, you just know that Xiaomi is going to release a Redmi Note 4 variant with the Snapdragon 630 or 660 chipset…

Verdict: The Redmi Note 4 sees a drop in power that makes it less suited for gaming and specific tasks (such as HDR photography and VR). But the weaker processor is also far more power efficient, making it a battery king of note. You decide what’s more important. 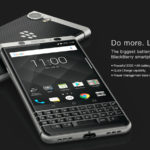